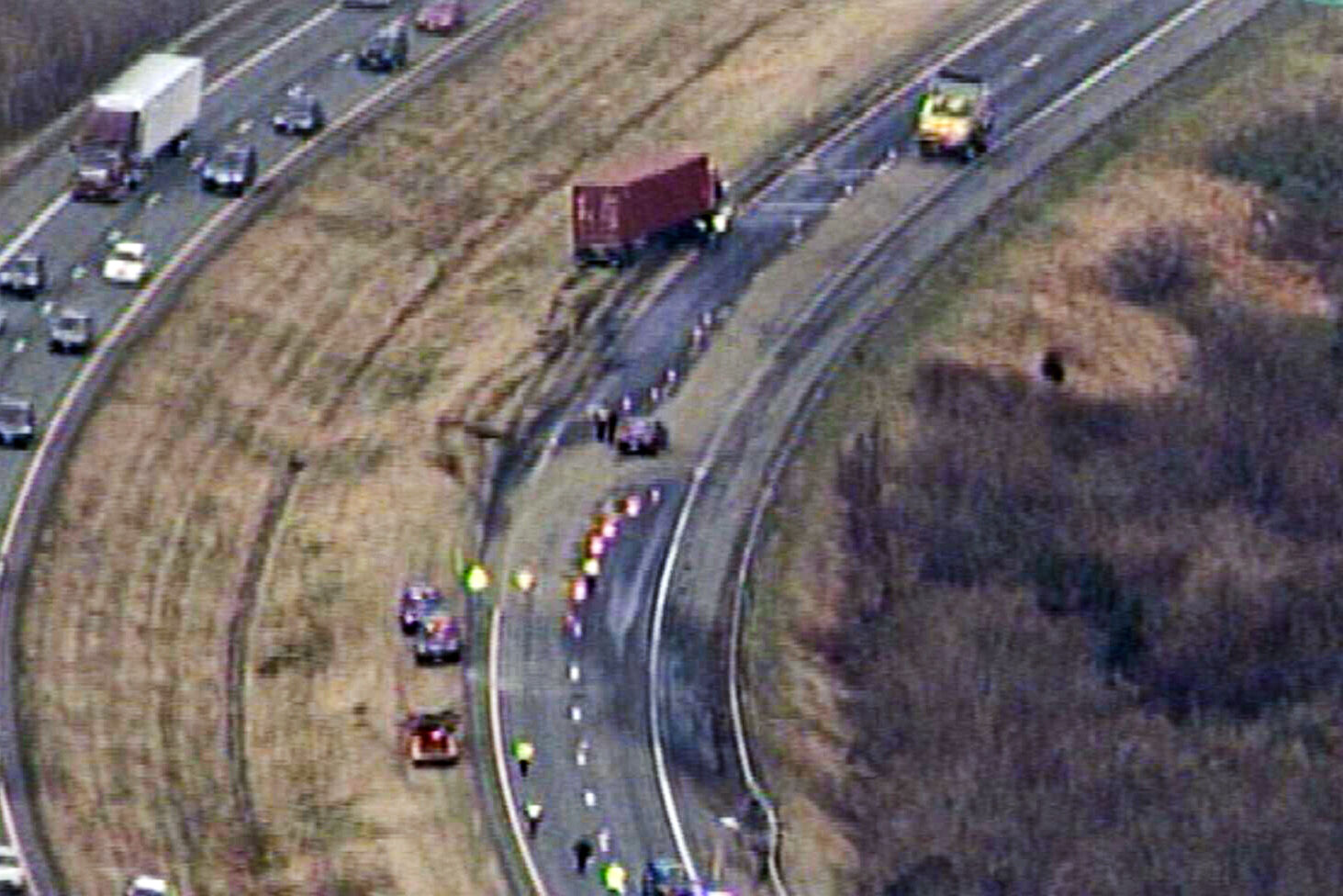 One person died and at least three others are injured as a result of an accident that occurred Tuesday morning in Frederick County, Maryland. The accident closed all lanes of Interstate 70 heading west before Md. 17 / Exit 42. to Myersville.

WASHINGTON – One person has died and at least three others are injured as a result of an accident on Tuesday morning in Frederick County, Maryland.

The accident closed all lanes of Interstate 70 heading west before Md. 17 / Exit 42. to Myersville.

According to the Maryland State Police, a Freightliner red semitrailer heading west on I-70 made a discrepancy on the right shoulder and collided with a trailer connected to a Chevrolet Express van at 9:30 am

The van is owned by the Maryland Department of Public Safety and Correctional Services.

Get the latest news from the WTOP Traffic Center

Two male inmates working outside the van were hit by the semi-trailer. Two others were injured by the debris of the collision. A prison officer inside the van was not injured, police said in a press release.

A 34-year-old detainee was killed. Another, 24, was transported to the Meritus Medical Center in Hagerstown with serious injuries.

The other two detainees were taken to the Meritus Medical Center with less serious injuries.

In aggravating the fatal incident of I-70, a dump truck went into the median while trying to avoid the first accident.

Traffic is diverted to US / Alternate 40 / Braddock Heights.

The left lane on the I-70 in the east direction is used to redirect the drivers.

A map of the area where the accident occurred is below.

© 2018 WTOP. All rights reserved. This website is not intended for users located in the European Economic Area.