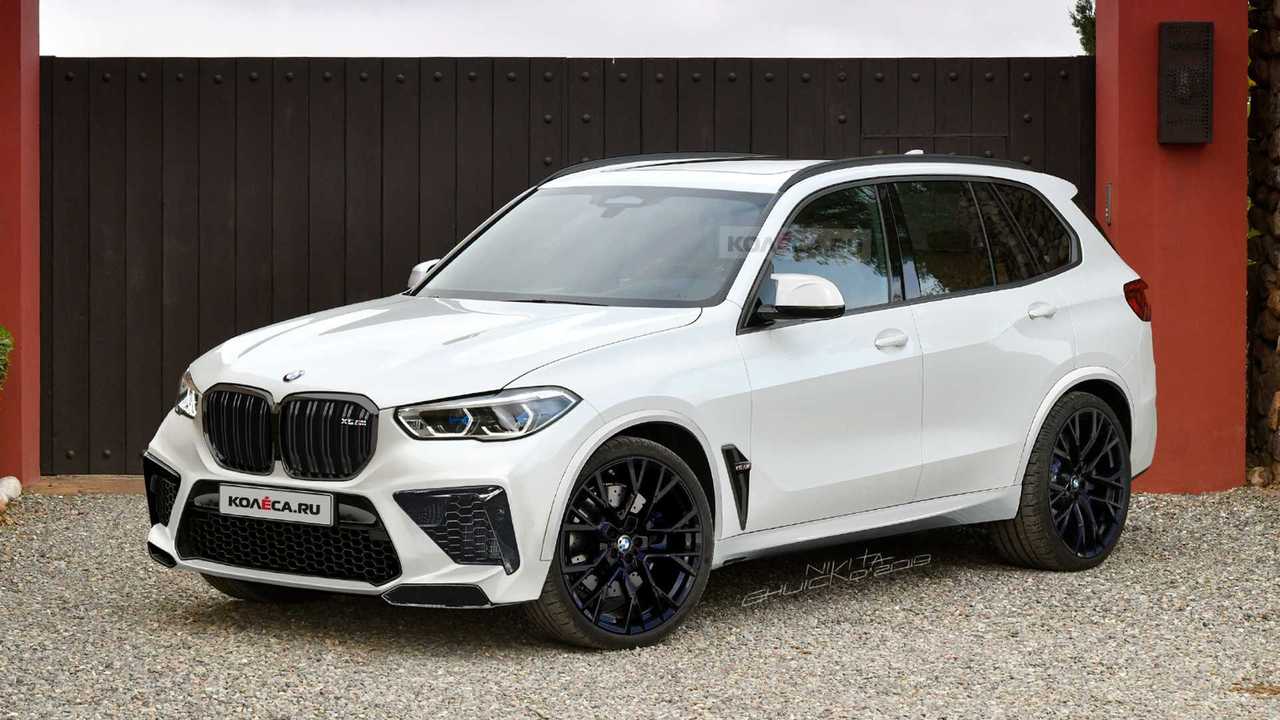 Earlier this month we had the chance to see the new BMW X5 M tested around the Nurburgring and the prototype seemed very close to its final production form. It will only start later this year, but our colleagues from Kolesa.ru to have a new exclusive rendering to facilitate the wait proposing a very plausible design for the performance SUV.

This virtual drawing simply removes the disguise of the test vehicle and replaces it with production clothing. In fact, it is not very difficult to imagine what the most complete X5 range would look like considering that the non-M version is already quite aggressive on some aspects of the design.

The most notable changes will be front fascia, where the bumper will get significantly larger air intakes, carbon fiber accents and even additional air diffusers in the lower part. At the rear, the large diffuser with quadruple exhaust system makes all the difference in SUV performance.

Speaking of the dynamic capabilities of the new X5 M, the vehicle will rely on an updated version of BMW's 4.4-liter twin-turbo V8. In this app, it will deliver somewhere around 600 horsepower (447 kilowatts) and 553 pound-feet (750 Newton-meters) of torque, transmitted to all four wheels through a standard eight-speed automatic transmission and an xDrive all-wheel drive. -System of conduct.

If you want even more power, BMW is also preparing a competition version composed of around 617 hp (460 kW). The peak torque will probably remain unchanged, but it will be available in a wider range of speeds and will make the X5 M even faster when cornering. Other improvements over the "standard" X5 M could include stiffer engine mounts, lowered suspension, improved dampers and a stiffer stabilizer bar.