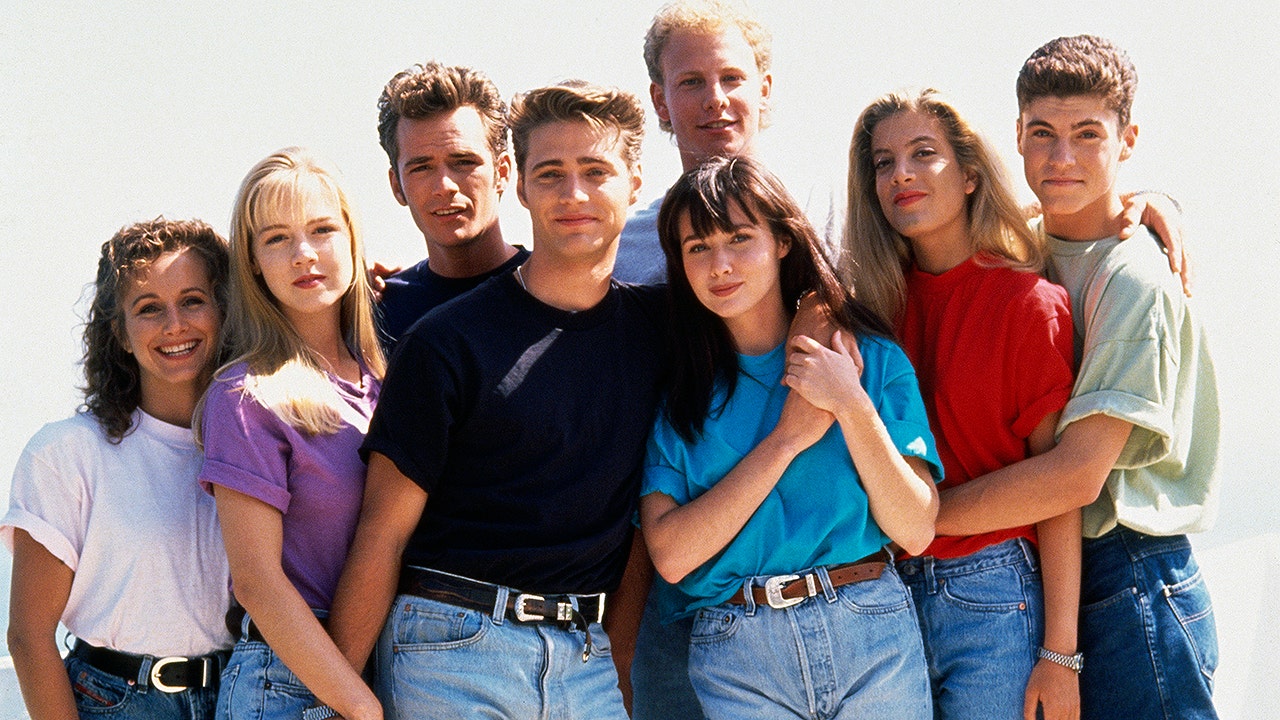 The original stars of "Beverly Hills, 90210" are planning a high school reunion with a twist.

Fox announced Wednesday that cast members, including Jason Priestly and Jennie Garth, would play "more elaborate versions" of themselves in a six – part series aired this summer.

Fox says that the drama titled "90210" is inspired by the real life and relationships of distribution, coupled with what he called "a good dose of irreverence".

Ian Ziering, Gabrielle Carteris, Brian Austin Green and Tori Spelling will also be on the bill.

The action starts when one of the actors suggests that they are trying to revive "Beverly Hills, 90210".

The original series was broadcast from 1990 to 2000 and followed a circle of friends in high school and early adulthood.

A date for the new series has not been announced.