49ers vs. Chargers: four winners and five losers in approach 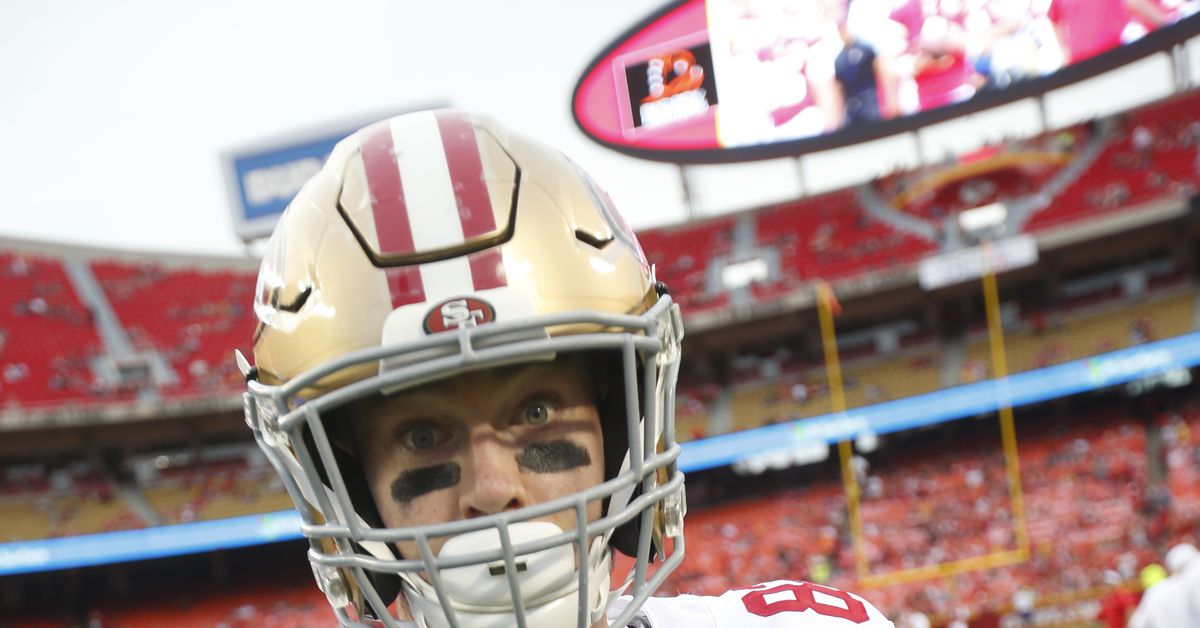 The San Francisco 49ers lost to the Los Angeles 27-24 Chargers in their pre-season finale. The list cuts are just around the corner. We will have the whole weekend to talk about it. For now, here are four winners and losers of Thursday night's match.

Dwelley is a winner for not agreeing. Unless an injury is not known, this is a good sign for Dwelley's chances of alignment. Dwelley is not the blocker that is Levine Toilolo or Kaden Smith, but it is a superior receiver. When George Kittle is your starter, it makes sense to keep a better receiver in reserve. After the match, Kyle Shanahan was asked why Dwelley did not play, and Shanahan said Dwelley had "shown her talent".

Deebo Samuel missed the first third of the match, but Beathard played well. He had a nice touchdown pass to Kendrick Bourne after extending the match with his legs, but the match everyone will remember is that he managed a block for a 41-mile touchdown from Jeff Wilson. His effort was fantastic on the game. If Beathard is on the list Sunday, it may be for that.

That's not what he did, but he did not do it. Colbert did not see the field before the last race in the first half, and it is not until the defense is on the goal line. Colbert came out with the defense to start the third quarter but left after a game. He had a hamstring injury and was visibly upset. Several players were watching him. He was doubtful to return, it does not seem likely that he will return to the list. An unfortunate way out for Colbert.

It seems ridiculous to put a player who ran more than 100 yards, and 41 of those made a spectacular touchdown, as a "loser". Wilson has always been fast and agile. He ran angry. He also put the ball on the ground. There was another exchange that did not happen, but he was involved. It will be a difficult decision to make, but in the end, I think the fumble cost Wilson his job. Having 20 races in a playoff game does not bode well for a player either. Shanahan said after the match: "We will not keep five half-defenders."

There was a lot of ugly football played on Thursday night. There were double-digit penalties, but it was not even that. The drop in runners' effectiveness at the third NFL team is staggering. Last week, the match lasted more than two hours. The pre-season finale lasted more than three hours, and it's not the nice guy to watch, but we already knew it.

For me, the use of Deebo in pre-season is a sign that Kyle Shanahan is high up in the rookie and expects to use it early and often in the regular season. Think of its touch this pre-season. He touched the ball eight times this season for 163 yards. Six of these eight keys were marked by first attempts. He has already shown that he can become a playmaker and we will soon find out what Shanahan has in store for Samuel.

The 49ers were able to get out of the pre-season and the only new injury was the offensive tackle, Shon Coleman. It's a victory. The players have been roughed up and have been cautiously kept out of practice, but each team wants to avoid any serious injury to a starter during these meaningless matches.

Someone will do it from the point of view of numbers, Kentavius ​​Street being probably directed towards the RI. Damontre Moore had the opportunity to lock a place and, aside from the fact that he had a game pocket in a room, he was relatively WOL. Jeremiah Valoaga had two sacks, but he deviated from the training last week. Kevin Givens finished with a pair of quarterback shots, but he did not stand out either. Jay Bromley was the only other player to record a QB hit. All the players mentioned above may have played off the list at a party where there was plenty of opportunity to step things up.