5 takeaways as Zion Williamson and the Pelicans hold back Jayson Tatum, Celtics 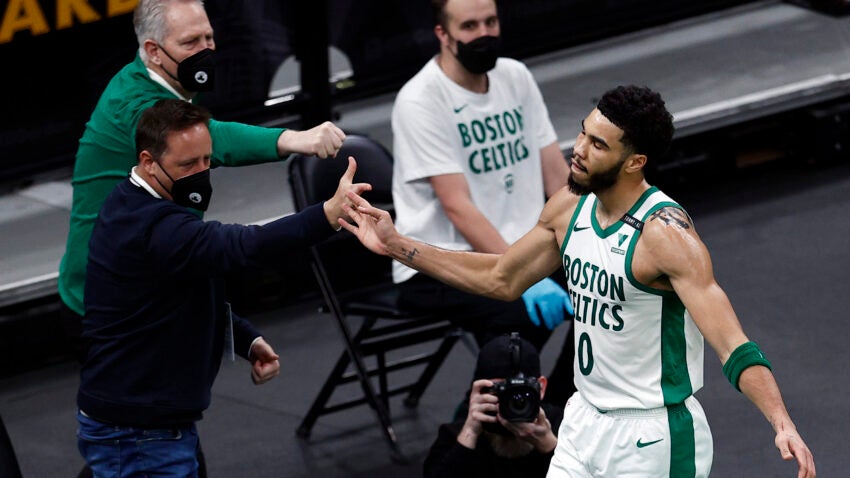 The Boston Celtics saw their two-game winning streak interrupted by the New Orleans Pelicans as they opened a seven-game home stand with a 115-109 loss.

Here is what happened.

The Celtics played well for most of the first quarter and rallied fiercely in the fourth, but big parts of Monday’s game – the Celtics’ first home game with fans in the arena – looked like a lot of their losses this season. The opposing team star dominated, the Celtics looked lifeless and made a bunch of mistakes (which we’ll come back to), and fans in the arena echoed fans online.

“One way to welcome your fans,” someone shouts from the crowd.

“You suck,” another shouts.

Williamson is a whole new kind of basketball player – an explosive 6-foot-6 forward whose shooting chart resembles Shaquille O’Neal – and the Celtics had no answer for him other than to pack the paint and hope for the best. His gravity around the rim opened up 3 points for his teammates as the Celtics’ defense panicked trying to slow him down, and after Williamson figured out Luke Kornet’s length he was impossible to contain.

The Celtics, it seems, didn’t fix it all by swapping Daniel Theis, Jeff Teague and Javonte Green. After a hopeful pair of wins, the Celtics had a chance to gain some more momentum with a home win in front of the fans against a decent Western Conference side.

In the first and fourth quarters, they played inspired basketball. In the second and third, they looked like the Celtics before the deadline. Maybe when Fournier gets their feet wet, they’ll be better. Maybe they are too imperfect to be truly competitive. This team is kind of a Rohrschach test: you can see different things from different angles, and what you see might say something about you.

1. Having fans in the building seemed to make a difference for the Celtics as they rallied in the fourth quarter – fans roared after Marcus Smart took charge of Zion Williamson, which sparked a big rally then that the Celtics’ energy was visibly increasing. Fans also let the Celtics feel it when they struggle, booing them enthusiastically in their worst moments.

After the game Brad Stevens said he was moved to see the fans back in the arena and thanked everyone who came. A noisy TD Garden felt like one more step towards normalcy.

2. Luke Kornet impressed in the first half, knocking down a pair of 3 pointers and a well-contested rim. Stevens has previously noted that the Celtics are intrigued by his defensive positioning, and his size is a deterrent even though he’s not the toughest defender on the ground. The Celtics are reportedly ready to go hunting in the buyout market, but early returns from Kornet – the player who would likely be cut in search of another option – are much more encouraging than expected.

3. Fournier’s start left something to be desired – he finished scoreless on a 0 for 10 shot. He had a pair of overhead balls, including one in the final three minutes as the Celtics tried to rally.

A struggling new player comes as no surprise, and Brad Stevens brushed aside the concerns after the game, saying he stopped by Fournier’s locker to tell him it was a mistake on the radar. The Celtics (correctly) aren’t particularly concerned about Fournier.

4. Marcus Smart made one of the strangest mistakes you have ever seen on the basketball court. With 0.3 seconds left on the shot clock for the Pelicans (and we have to stress this, because it’s important: *for pelicans *), the Celtics forced a jump ball. Brandon Ingram and Payton Pritchard both refused to jump on the initial ball, then Pritchard ultimately sent it back to Smart on the second.

Smart then did this.

Put this in the Louvre: pic.twitter.com/06UT2Utl7o

Obviously, Smart thought the Celtics were the ones with 0.3 left on the clock. He was then sent out of the game in the last minute and finished 0-for-6 of three. He’s had better games and performances like Monday will only intensify the noise from segments of fans and the media who wanted him traded for Aaron Gordon.

5. Aaron Nesmith and Payton Pritchard both played decently well. Nesmith hit a three and converted a tough layup, while Pritchard finished 3-for-4 deep. Pritchard in particular has seen his production increase recently – in the last 15 games he’s shooting 51.1% from deep. The Celtics could really use a nice extension of him after giving him full-time second unit guard duties.