9 unanswered questions for the Mueller report 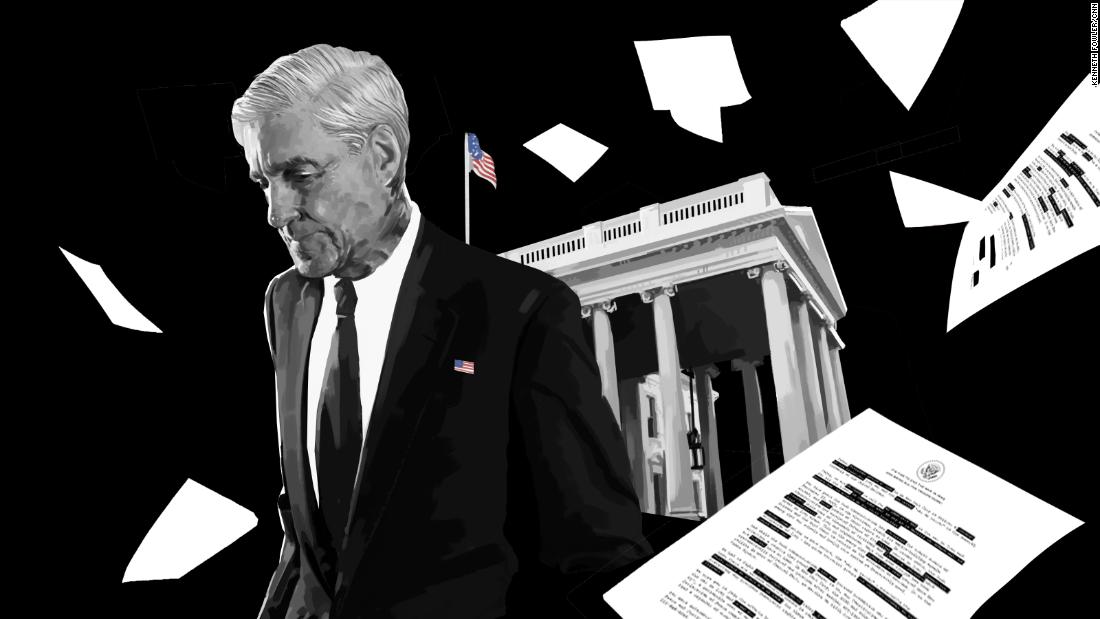 From one day to the next, Attorney General William Barr will release the report of the special advocate Robert Mueller on Russia 's interference in the 2016 election, the risks of collusion and obstruction of justice.

The report could have a significant impact on President Donald Trump's legacy. Hopefully this will close a complicated and arduous chapter in the history of the United States. Here are nine main questions:

The big question that motivated Mueller's investigation for two years was simple: did anyone who was affiliated with Trump's presidential campaign coordinate with the Russians to help him? to win the elections?

According to Barr, the answer was no. In a letter to lawmakers last month, he cited Mueller's original report: "[T]The investigation did not establish that members of the Trump campaign had conspired or co-ordinated their activities with the Russian government as part of its activities of electoral interference. "

But it is still possible that Mueller's report reveals new nuggets about Trump-Russia contacts and who, in the campaign, were aware of these contacts. (Trump has always said that he did not know.) Many of these interactions are well-documented in the public domain, even though there may be more to learn.

Did Mueller consider "collusion" as a crime?

The legal community will observe how Mueller investigated "collusion". Federal investigators are looking for violations of specific US laws. So what laws came into play?

As Trump's lawyers liked to point out, there is no specific US law stating that "collusion" is a crime. Instead, Mueller has relied on other laws to indict two dozen Russian trolls and hackers. Many have been accused of defrauding the US government by "hindering" and "impeding" legal government functions, such as the ability of the Federal Election Commission to regulate elections.

It is not clear if Mueller used the same legal theory to investigate the collusion of Americans. More serious charges may have been proposed. (Prosecutors hesitated when a judge asked them if they were considering treason charges against Trump's former national security advisor, Michael Flynn.)

What about the obstruction of justice?

Barr said that Mueller had thoroughly examined whether Trump had hindered the investigation, but had finally decided not to propose a finding in one way or the other. Because Mueller left the subject "unresolved," Barr stated that he had stepped in and had decided that no charges were appropriate.

It was by far the most confusing part of Barr's letter. Mueller's job was to be an independent referee able to make tough decisions like these. He was there to keep these decisions out of the reach of political representatives like Barr, who had been chosen by Trump to head the Justice Department.

In his summary, Barr suggested that Mueller's initial report might contain elements of the internal debate on obstruction. He said Mueller described the dilemma as a series of "difficult questions".

It will be essential to see how Mueller explains his decision not to make a decision on an obstruction. In the words of former FBI director James Comey: "There must be a very good reason why Bob Mueller did it that way." We will just have to wait a little longer to get that answer, hopefully.

How did Mueller evaluate Trump's statements and tweets?

In connection with the investigation of obstruction, prosecutors have reviewed "a number of actions of the president," said Barr, stating that most of these actions "had occurred in the public view ".

This list probably includes: Saying that he was thinking of Russia when he had sacked Comey, threatening his former attorney and attorney, Michael Cohen, after Cohen started helping investigators, suggesting the possibility of a pardon for his president sentenced campaign, Paul Manafort, and two years tirelessly. public attacks against Mueller, prosecutors, the Ministry of Justice and the FBI.

The report will likely include Mueller's assessment of how these public actions fit into a broader mosaic of obstruction. Advocates of Trump argued that he could not illegally undermine an investigation by public words and tweets. We'll see soon if Mueller agrees.

Barr's carefully worded letter indicated that the public already knew "most," but not all, of the events that Mueller had examined as part of the investigation into the obstruction. This means that there are more shoes to leave, new episodes of potential wrongdoing that could hurt Trump.

Trump Jr. or Kushner have they been the subject of an investigation but they have never been charged?

The regulations do not say much about what should be in Mueller's report. But they say that Mueller must explain "the decisions on prosecution or declination made by the special council."

But we do not know the "declination decisions". That is to say, the people surveyed by Mueller have decided not to complain. This section of the report could be very redacted. But even if it is blackened, we could still have a glimpse of the length of the list. This could include other Trump associates or even members of Trump's family, like Donald Trump Jr. or his son-in-law Jared Kushner.

The investigation is over and Mueller does not file a complaint against anyone else. But that does not mean that all the people whose conduct has been examined will have an irreproachable health check.

It is possible that the report concludes that some actions were not criminal but showed poor judgment or were very contrary to the ethic. What comes to my mind is Trump Jr.'s eagerness to accept the dirt proposed by Hillary Clinton, Democratic Democrat candidate, at the Trump Tower meeting.

Mueller is known as an elite shooter. He was hired to search for crimes and not to make the police of morality. It seems unlikely that he offers such moral judgments, but it is possible.

That would appear to "shoot a Comey", which in July 2016 had formulated a scathing critique of Clinton's behavior while ridding her of crime in the e-mail inquiry. The Department of Internal Justice's guidelines tell prosecutors that they should not tarnish the reputation of unindicted individuals – a point Barr noted in his confirmation hearing.

How many related investigations are in progress?

During his investigation, Mueller returned some cases to other prosecutors.

Some investigations have already yielded results, such as the indictment against Flynn's business partner in the Eastern District of Virginia for carrying out undisclosed lobbying activities or charges against Cohen in the district. south of New York for campaign funding violations.

But others are still in progress and some are not even known publicly yet. Mueller probably included details of this investigation in his report. In a letter to legislators, Barr announced that he would draft "documents likely to affect other ongoing issues, including those that the Special Advisor has referred to". other offices of the Department ".

The length of the essays could be revealing, and it should be easy to identify which essays concern the current probes. At a hearing in the House on Tuesday, Barr said all the redactions would carry a "color code" in order to identify why the material had been masked.

How did Mueller investigate the Russians?

The Mueller investigation produced two major indictments against the Russians for being ingested in the 2016 election. These indictments contained exquisite details about the situation. Russian operation to manipulate US voters with the help of social media and to steal sensitive e-mails from Democrats in sight.

The CIA and the NSA have probably helped Mueller's team to get this insider information, such as the Google search for suspected pirates and the monthly St. Petersburg-based troll farm budget.

Unfortunately, it is virtually assured that large pieces of this part of the report will be obscured. The US intelligence services will look in the report "sources and methods" and write any information that they believe could undermine national security or endanger human sources, if it became public.

Which countries helped the survey?

The Mueller team "has submitted 13 requests for evidence to foreign governments," according to the summary of the Barr investigation. The report could identify the countries involved. It could be included in the "tables and annexes" which, according to Barr, follow the report of nearly 400 pages.

Any further revelation of foreign government co-operation with Mueller, even if quite common, could have diplomatic consequences. Trump has long considered that the probe was a "witch hunt" and he would probably turn his anger against any foreign leader whose country would have helped Mueller.

We already know that the Australian government played a role. An Australian diplomat went to the FBI after Trump campaign advisor George Papadopoulos boasted that the Russians had Clinton's emails – before the Wikileaks dump. According to bipartisan congressional reports, this trick is the reason why the FBI opened the collusion investigation.

Justice Department, FBI Debate Whether to Charge Everyone Involved in the Capitol Riots: WaPo

Democrats seek to introduce bill that would offer families at least $ 3,000 per child