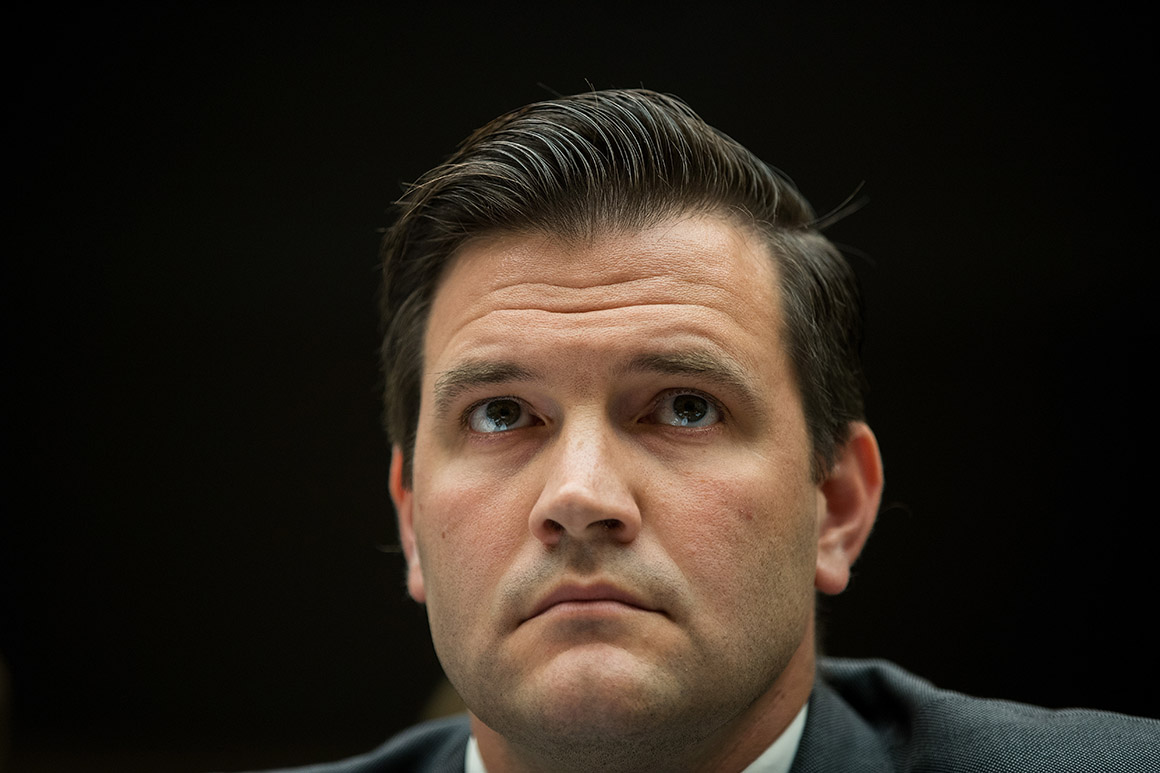 A Trump representative accused of mismanagement of the reunification efforts of separated migrant children at the border will testify Tuesday in Congress after months of resistance, as newly empowered Democrats in the House of Commons push back the House. administration to hold those responsible to account.

Scott Lloyd, who headed the HHS refugee office last year while he was guarding thousands of migrant children separated from their families, will face a debate Tuesday at the Judicial Committee of the United States. the House of Representatives – one of the four panels that lead to a thorough investigation of family separations. The Lloyd's hearing, one of the main objectives of the sprawling House Democrats' inquiry, could point to a possible departure for the Trump government as domestic support dwindles.

The hearing provoked an unprecedented heat on Lloyd, who until now has been protected by the Ministry of Health and his close allies in the White House, according to four administration officials who requested anonymity to discuss the delicate issue of staff.

Lloyd's testimony, which the Democrats have been searching for months, is coming at a difficult time for him. HHS Secretary Alex Azar and others the officials lost confidence in Lloyd last summer while his office was struggling to reunite migrant families and Lloyd was effectively removed from the leadership of the refugee office in the middle of a crisis. In November, he was officially transferred to the HHS office for faith-based initiatives.

Lloyd, a long-time advocate opposed to abortion and backed by prominent groups, has recently seen his key administrative allies quit or change their roles. An internal review completed in November concluded that he had mismanaged the refugee office. And earlier this month, a career staff member at HHS told Congress that Lloyd had ignored his warnings about the health risks of separating migrant children.

This has made Lloyd a privileged point of contact for Democrat inquiries – and HHS makes it finally available to testify, even as the department refutes Azar's claims.

Representative Rosa DeLauro (D-Conn.), Who chairs the House of Representatives' HHS-Labor subcommittee, blamed the HHS for not letting Lloyd and other nominated politicians available to testify.

"These are people who need to be interviewed, not the officials who were brought in after to clean up their mess after thousands of children were separated from their families," DeLauro said in a statement.

Azar is likely to answer lawmakers' questions about migrant children next month when he will testify about the administration's budget application before two House committees, a spokesman said.

"He is eager to answer members' questions about HHS programs, including those related to [refugee] program, "said HHS spokeswoman Caitlin Oakley.

Trump's health officials have tried to dismiss responsibility for family separations on the Justice Department, which announced the "Zero Tolerance" policy in May, and on the Department of Homeland Security, which issued the "Family Safety" policy. implemented. President Donald Trump ordered the official end of the policy in June, although documents filed by the court this month revealed that hundreds of children had since been separated at the border.

But Lloyd, who had no experience in supervising care for migrants, took action that, according to health department officials, slowed reunification efforts. Lloyd has deterred staff efforts to locate separated families, three informed people told POLITICO.

After a federal judge ruled in June that families were reunited quickly, Lloyd was struggling to direct efforts, personally aggravating Azar and leading to his effective deportation during the crisis, said five knowledgeable people.

Lloyd will testify Tuesday alongside Jonathan White, a career civil servant who briefly worked for Lloyd and was later asked to help reunite migrant families. This month, White told a House subcommittee that he had urged Lloyd and two other appointees to try to prevent family separations in early 2017, more than one. year before the Trump administration officially announced this policy.

"White pushed [Lloyd] in traffic, "said one person who worked with both men." Now, Lloyd will have to throw DHS and the MJ under the bus or get himself crushed. "

Lloyd has not responded to repeated requests from POLITICO. A spokesman for HHS said Lloyd had left the refugee office in the fall to help "expand our outreach efforts to our community and faith-based partners."

Democrats have long sought to rid Lloyd's of the administration, even before the crisis of family separation explodes. Previously, Lloyd had been under scrutiny for personally trying to block the abortion of undocumented pregnant teenagers at the expense of the government. These efforts, which resulted in a pending class action, also allowed Lloyd to gain support from anti-abortion groups closely linked to the administration.

The president of the judiciary, Jerry Nadler (D-N.Y.), Who oversees Tuesday's hearing, repeated called Azar to turn Lloyd last year. Nadler's office did not answer the question of whether he still believed Lloyd should be fired.

the Persistent attacks by Democrats and defense groups against Lloyd have sometimes strengthened his position last year, making it harder to fire, two officials said. Forcing Lloyd out "would have been perceived as an abandonment" to political pressure, said a manager.

Lloyd had also helped the White House achieve its broader goals of deterring undocumented immigrants, officials said. For example, Lloyd signed an April 2018 policy to collect fingerprints from people who took care of unaccompanied minors and to share this information with immigration authorities.

However, former Domestic Policy Council chairman Andrew Bremberg, who hired Lloyd and helped protect him, had left the White House to take on another role in the administration. HHS has hired a new refugee director and the agency responsible for overseeing this office, the Child and Family Services Division, also has a new chief.

"We really appreciate the efforts you have made," said MP Diana DeGette (D-Colo.), Who chairs the Energy and Commerce Monitoring Subcommittee, which was done earlier this month. "But we intend to continue this investigation because many of the questions asked by members are questions you can not answer."