A Chinese scientist, He Jiankui, at the center of a controversy on gene editing, conducted a second experiment on human embryos, reveals a new paper 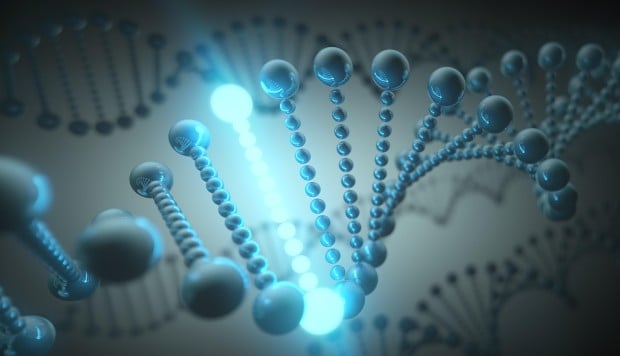 The Chinese scientist who claimed to have created the first babies in the world to be published by a gene had conducted a similar experiment on abandoned human embryos, it was revealed.

The revelation raised more ethical concerns about the project of Dr. He Jiankui, associate professor at the Southern University of Science and Technology in Shenzhen, with an expert questioned about why both experiments, which represented the fundamental and advanced stages of gene editing research, had been conducted at the same time.

He announced Monday that healthy twin sisters, named Lulu and Nana, were born this month of embryos modified by his team to disable an HIV-related gene, triggering a chorus of convictions from around the world. .

The parties mentioned in the study denied having heard of Mr. He's plan, while on Tuesday, the Chinese Ministry of Science announced its intention to determine whether the associate professor had broken the law.

On Tuesday, Deputy Minister of Science and Technology Xu Nanping said he was shocked by his claims and said his ministry would launch an investigation, adding that such experiments have been banned since 2003.

He used CRISPR-Cas9 – a genome editing system – to edit human embryos, which were then transferred to seven women for pregnancy, starting with March 2017. One of them would have given birth to twins.

However, just a month after the launch of this two-year project, He initiated a three-year basic scientific clinical study on gene editing on abandoned human embryos in partnership with researchers from the Luohu People's Hospital in Shenzhen, according to the Chinese Register of Trials Clinics, a database affiliated with the World Health Organization.

Most of the research participants in the project were in the reproductive medicine section of the hospital.

The registry documents showed that the study was called Evaluate the safety of genome editing in human, monkey and mouse embryos, and was approved by the Medical Ethics Committee of the Luohu People's Hospital, one of the best public hospitals in Shenzhen.

The document, which was signed by committee members in June 2017, states that the research was aimed at assessing the safety of gene therapy in major diseases related to genetics and infertility.

"In this study, we will use the most popular CRISPR-Cas9 gene editing technology and its simple base mutation technology to perform exploratory experiments on samples of abandoned human embryos from the procreation process." assisted, "says the document.

He added that human embryo donors had given their informed consent.

The study claimed to use samples of 400 embryos in total for the interventions. Samples would be destroyed after use. In addition to the University and the hospital, the project's promoters included two hospitals in Hunan and Henan and a university in Kunming.

Dr. Derrick Au Kit-sing, director of the Center for Bioethics at the Chinese University, asked why the results of the basic study on abandoned human embryos had not yet been published, while the more complex experience on human beings would have succeeded.

It was noted that many steps were missing between the two studies.

Using the analogy of cloning technology, he said, "After Dolly the Sheep, many animals have been tested for cloning.

"You can not say that you managed to clone the sheep, then jump straight to clone humans. There is a huge gap, "he added.

Frankenstein He Jiankui dreamed of becoming Einstein in China

When saying that passing human embryos abandoned to humans involved other intermediate steps, like live animal models of gene editing. With respect to genetically modified babies, Au pointed out that there was uncertainty about this experiment as there was no verified fact except for He's claim.

"So I think the biggest question mark is there," he said.

The hospital did not respond to repeated requests from the To post.

On Wednesday, he presented his clinical study on gene editing during a presentation at the Second International Summit on Human Genome Publishing in Hong Kong, sharing data on his experiments on mice and mice. live monkeys. But it was difficult to know when these experiences were made.

In fact, while his presentation offered the public more information about his gene editing research, he did not reveal the total number of such studies he had done.

Au also stated that he expected to learn the actual behavioral results of animals through studies other than the data and technology involved.

"The design of scientific research is not limited to the technical target of the gene," Au said.