A client continues to speak Spanish at the Mexican restaurant 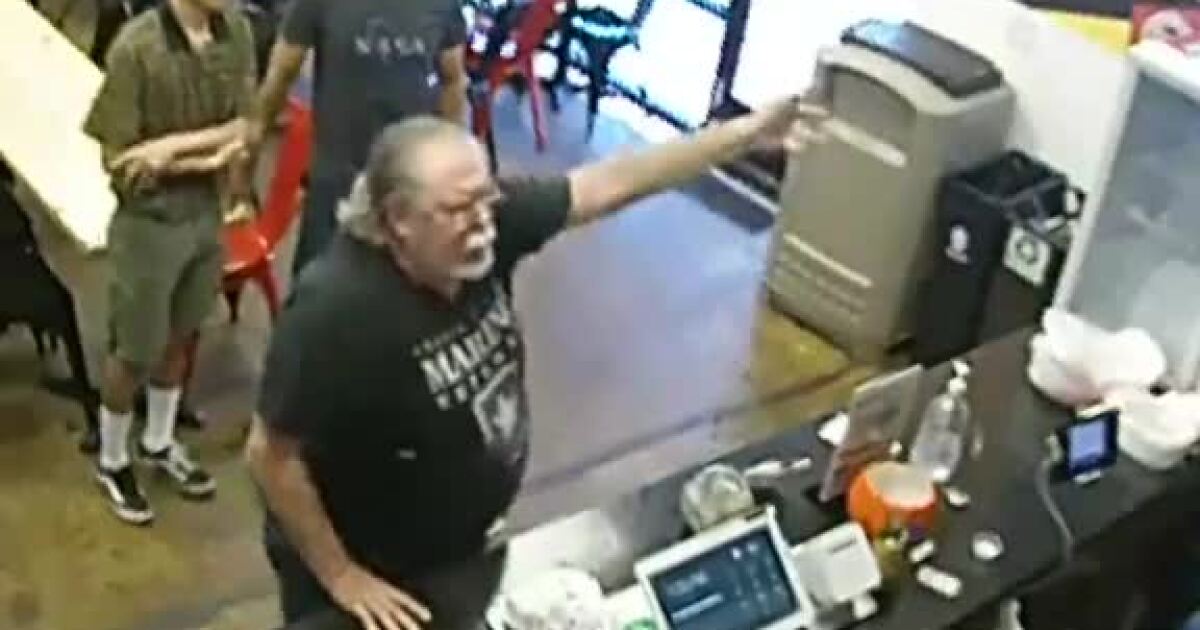 A security camera surprised the man embarked on a tirade against employees of a Mexican restaurant in Anaheim, threatening him to call for immigration.

"We say it in Mexican, we are not in Mexico, we are in America, not in Spanish", can we hear the client on video.

The video also shows him screaming after the customers trying to defend the cashiers.

"I am an American I do not speak Spanish," said the customer.

"Go get a hamburger. Go get a hot dog, "said one person to the man.

The owner of Palapas Tacos said that the man could not understand the table of the special because one word was in Spanish.

"My cashier was really shaking when he left, he was aggressive, he did not have a good day," said restaurant owner Juan Del Rio.

The sign of the special said it was only good for Friday – Viernes in Spanish. Inside the restaurant, the sign clearly indicates Friday in English.

Even when the cashier pointed out, witnesses claimed that the man had not given up.

Del Rio then grabbed his cell phone to register the man while he was leaving.

"Who are you going to call?" Del Rio asks the man.

"Because you are not legal!" the man says.

This was particularly annoying for the cook, who was also the recipient of the speech.

Ruben Velasquez hesitates to speak English on camera but said in Spanish:

"We work honorably, we do not take bread out of anyone's mouth," said Velasquez.

"Honestly, I do not know if he's racist, he hates Mexicans or hates his life," Del Rio said.