A couple hiking in Zion National Park, Utah, USA, without a cell phone 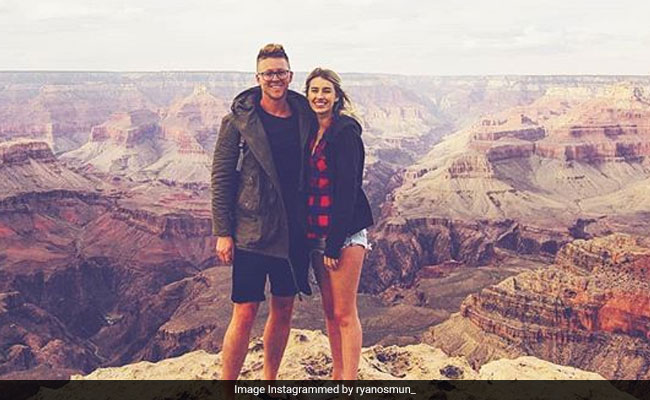 It was like a horror movie scene: two hikers, alone in the icy, cell-free nature, suddenly stumbled into a pool of quicksand.

On Saturday, Ryan Osmun, 34, and Jessika McNeill, of Arizona, spent about three hours on the subway trail in Zion National Park, Utah, as their scenic drive took a turn. McNeill tripped, landing in the quicksand. When Osmun tried to save her, he also became trapped and buried up to the knee.

"There was no chance of moving him at all," Osmun told CBS News. "The sand had surrounded the whole leg and I could not move it."

Quicksand is formed when water or air gets trapped in the sand. If he is exposed to shock or sudden stress, like the weight of a hiker, he can become unstable. If something – like a member – is overwhelmed, it is incredibly difficult to escape.

"Shifting sands are not normally a problem in Sion, but that happens if conditions are good," said Alyssa Baltrus, a spokeswoman for the park. "We were unusually wet this winter, and time probably played a decisive role."

Despite what Hollywood might think, a 2005 study by researchers at the University of Amsterdam showed that a person could not sink into quicksand because it was too dynamic. But that does not mean it can not be dangerous.

For Osmun, his plight meant that he was trapped in icy water and exposed to the elements when the winter storms hit the area.

McNeill finally left Osman to seek help, or at least a cellular signal to call 911. "It was the hardest thing I had to do, the scariest thing I did not even know was I would be able to do this hike on my own, "she told ABC News. "Many times, I thought I might as well turn around, and we can just be together for the last moments."

"The water was so cold that I really thought I was losing my leg because it was impossible for her to get there fast enough for people to come out," Osmun told ABC News.

After walking alone for hours, McNeill was able to call for help and rangers located near the trailhead, according to a press release published in Zion National Park that details the rescue. A search and rescue team immediately went out to look for Osmun, which they found several hours later. He was released from the quicksand only late into the night, forcing the rescuers to stay with him as temperatures dropped and the park was still receiving 4 inches of snow.

One of the rescuers who found Osmun told him that he was lucky to be alive.

He said, "I'm going to be honest with you, you should be dead or unconscious now," Osmun told ABC News.

The next day, a helicopter and a rescue team from the Utah Department of Public Safety were rushed to lift them, but the weather and poor visibility hampered the efforts until they arrived. an interruption of the weather allows the end of rescue operations. He was taken to the hospital and is recovering.

(With the exception of the title, this story has not been changed by NDTV staff and is published from a syndicated thread.)