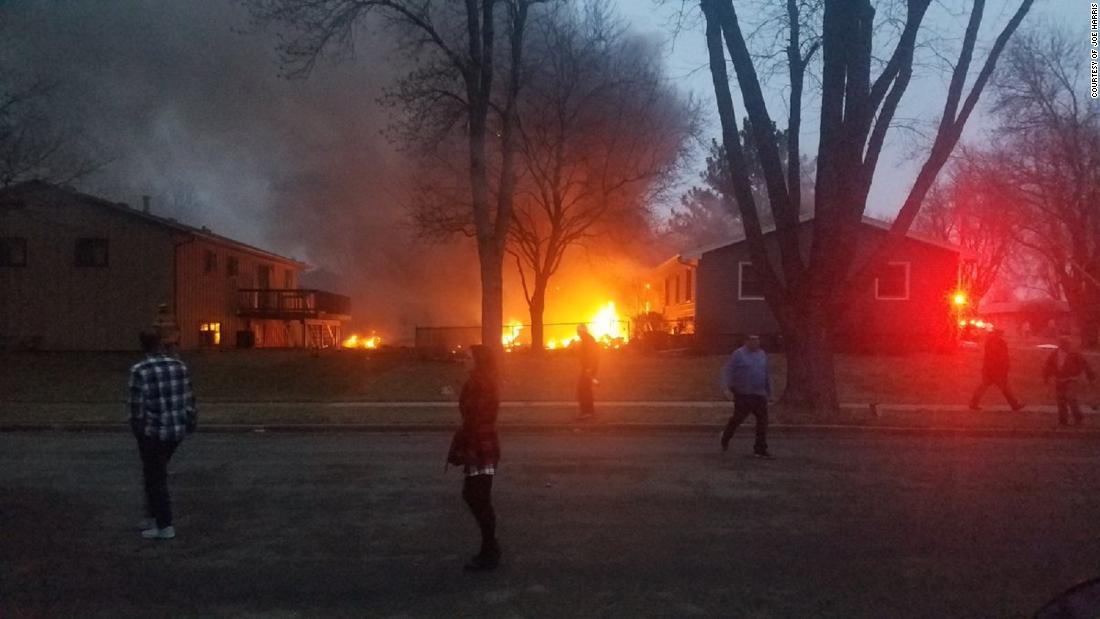 Sioux Falls Emergency Manager, Regan Smith, said the accident had occurred around 5 pm. CT. The deceased was in the plane, Smith said at a press conference Tuesday night.

Four homes were affected by the plane crash, said Smith, two of whom suffered extensive damage. The Red Cross was contacted Tuesday night about the possible accommodation of families in these two homes.

"We are still investigating, there may be more deaths to come," Smith said.

Max Jamison, who lives about two blocks from the crash site, told CNN that he and others drove to help them.

"It looks like a plane that has plummeted into the ground," Jamison said.

"I was at a Christmas meeting with my parents when we heard the explosion and saw the fire," he said. "We walked about three blocks on the site."

A team from the National Transportation Safety Board has been called to Sioux Falls to investigate the accident and Mr Smith has indicated that he expects it to be on the scene Wednesday .

Keith Allen, Amanda Jackson and Danielle Sills of CNN contributed to this report.