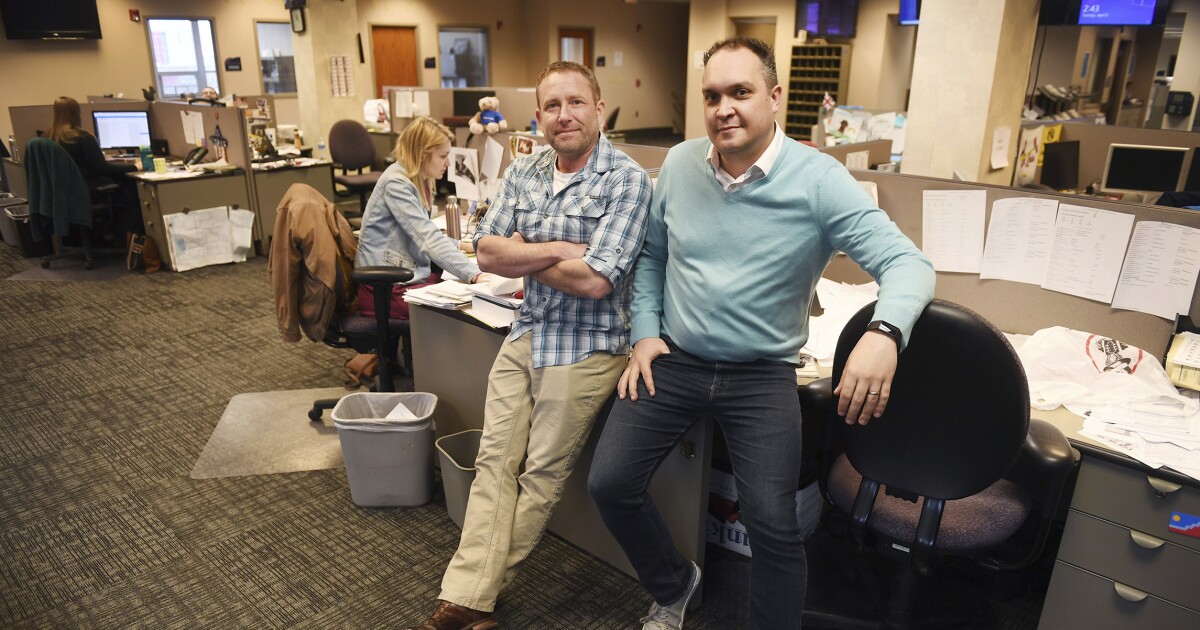 In the summer of 2010, journalists at the Argus Leader newspaper in South Dakota decided to request data on the government's food aid program, previously known as food stamps. They thought the information could lead to a series of stories and potentially help them identify fraud in the program, which now costs $ 65 billion a year.

They sent a feed of what they thought were routine inquiries to Washington.

Government officials eventually sent back information about the hundreds of thousands of stores in the country where food program participants could use their benefits. But the government concealed the information that journalists considered crucial: how much each store received each year from the program.

Trying to obtain this data took over eight years to the newspaper and was referred to the Supreme Court, which will hear the case on Monday.

For Cory Myers, director of information at Argus Leader, who runs 18 people at the Sioux Falls newspaper, getting information concerns "knowing how our government works" and "knowing what the government is doing with our taxes".

A trade association of supermarkets opposing the disclosure of information claims that the information sought is confidential. The decision of the Supreme Court in this case could be narrow or significantly affect the interpretation of a law granting the public access to state archives.

Argus Leader belongs to the publisher of USA Today, Gannett, and is the largest newspaper in South Dakota. He was talking about the first release of information by the government. But Jonathan Ellis, one of the reporters behind the claims, said that there was still a lot to learn if the newspaper got what it was looking for.

Ellis said he would like to talk about the companies that benefit the most from the complementary nutritional assistance program, called SNAP. He would like to analyze the success of efforts to involve farmers' markets in the program. And he still hopes to use the data to identify stores that appear to be outliers, an indication of potential fraud.

Megan Luther, the other reporter behind the requests, said the newspaper was fighting for information for reasons other than "there is a good story here". Luther, who is now working for InvestigateTV, said it was "transparency 101" that "taxpayers have the right to know where their money goes".

The paper was about to get the data before.

After initially objecting to the publication of the information, the federal government reversed the trend after Argus led the court and won. But the Virginia-based Food Marketing Institute, a trade association representing grocery stores and supermarket chains, stepped in to continue the fight. The group lost a call and the newspaper hoped to get the data quickly. Then the Supreme Court took the case.

The Food Marketing Institute, which denied interviews before Monday's arguments, said in court documents that the public already had access to a lot of SNAP data. But SNAP sales data by store are confidential. month.

In deciding whether the information should be disclosed, the Supreme Court will have to interpret the Federal Freedom of Information Act.

It gives citizens, including journalists, access to the archives of federal agencies with certain exceptions. In the case of Chief Argus, the US Department of Agriculture, which administers SNAP, argued that FOIA "waiver 4" prohibited disclosure of the data sought. It tells the government not to disclose "confidential" commercial or financial information obtained from third parties.

It will be for the court to determine whether the document sought is considered "confidential".

The Trump administration supports grocery stores by opposing the disclosure of information. Associated Press is one of dozens of media organizations that have signed a legal document supporting the Argus leader.

Chief Argus' chief information officer, Myers, said that in the last few years before the case reached the Supreme Court, the newspaper had continued to do the kind of reporting required. Investigation he was trying to do to obtain SNAP data.

In South Dakota, he said, "there are more stories and malfeasance than a newsroom can extract, but we are certainly trying."