A few weeks after losing and finding his press badge, CNN's Jim Acosta poses multiple questions during a press briefing 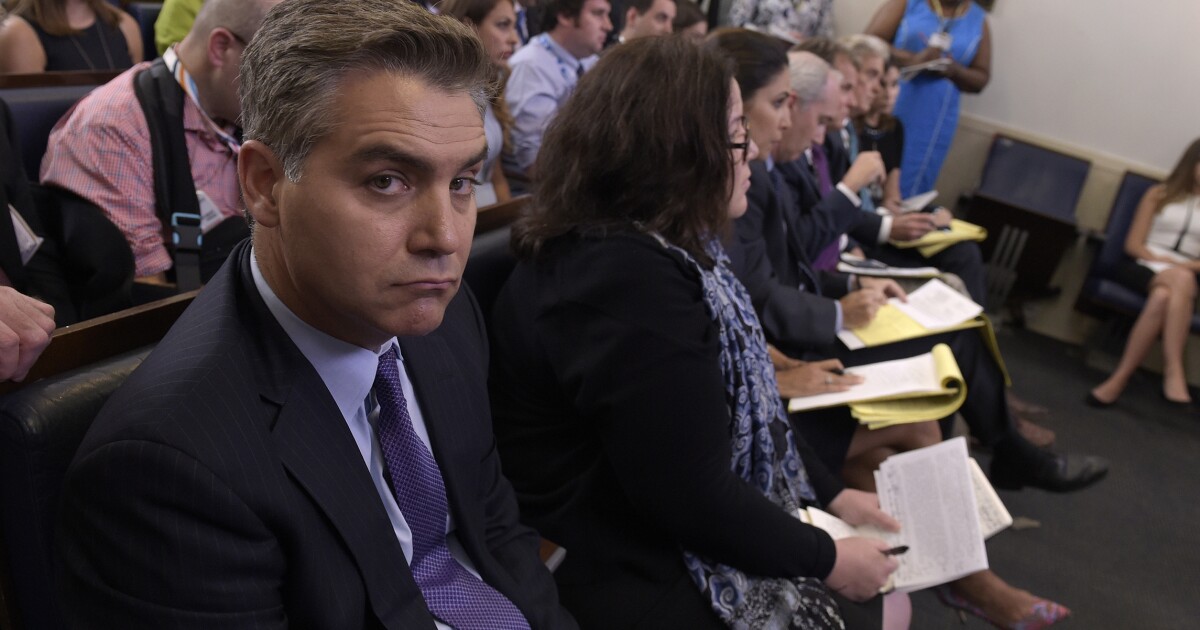 The White House press secretary, Sarah Sanders, went to Acosta on Tuesday afternoon at the briefing she was leading. Acosta asked a first question and got two follow-ups.

Permanent permanent credentials of Acosta at the White House were temporarily suspended in early November after refusing to yield the microphone when a White House trainee tried to take it to him at a police station. press conference after the mid-term elections. President Trump had indicated that he was ready to move on to another journalist, but Acosta appeared to be chasing the trainee when she attempted to pick up the mic.

Sanders has published an official response to the episode on Twitter.

President Trump believes in a free press and waits and welcomes the difficult issues that lie ahead, as well as those of his administration. However, we will never tolerate that a journalist puts his hands on a young woman who is just trying to do her job as a trainee at the White House …

CNN subsequently sued the White House against the revocation, arguing that the rights of the First Amendment and Fifth Amendment of Acosta had been violated. US District Judge Timothy Kelly said the White House should immediately reinstate Acosta's "pass", allowing reporters to report to the White House.

The judge found that CNN had demonstrated that Acosta's right to due process had been violated when the White House had not given him the opportunity to appeal the administration's decision to revoke his laissez-passer. . The judge also asserted that "Acosta had suffered irreparable harm because of the impossibility of attending possible press conferences and events of current interest as long as his pass had been revoked.

In response to the complaint filed by CNN, the White House announced that it would create a set of well-established rules to maintain decorum and order during briefings and other events intended for the press. The new rules stipulate that each journalist will be allowed to ask a "single question" before giving the floor to other journalists. All additional questions are allowed only "at the discretion of the President or other White House official".

Tuesday's press conference was not the first time that Acosta had the privilege of asking a question since the restoration of her pass. Acosta asked Trump a question last week, when he left the White House on the South Lawn.