A hymn to opportunities: We'll miss you, Mars Rover 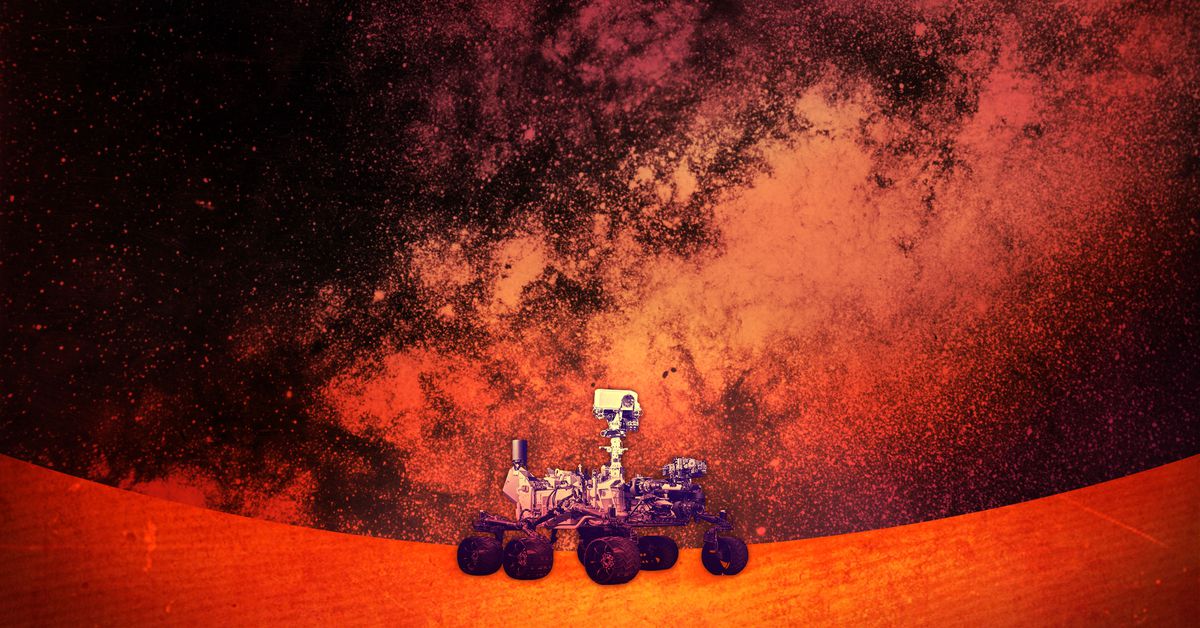 Last week, NASA announced the conclusion the rover Opportunity mission to Mars, after the rover, the oldest in NASA's history, became insensitive.

Online, people were sad about it.

ME[[[[reading an article about sadness]: People become far too emotional about the death of a rover of Mars Opportunity, a heap of remotely controlled computer equipment that was neither conscious nor alive.

ME TOO[[[[always reading the same article]: My heart is forever broken by the death of the rover Mars Opportunity, the sweet pet of science.

ME: I mean, it's obviously human nature to anthropomorphize objects. But there is something sinister about the ease with which we can harm ourselves for a remotely controlled space drone, even if it has remained operational on the surface of a hostile planet much longer than its specified mission settings.

ALSO ME: She was only supposed to spend three months, but she bravely withstood the dust storms, the cold and the loneliness for almost 15 years – never complaining, still holding the top of her mast camera and exploring the surface on its six spiked wheels, which were like little legs.

ME: people had real tattoos final transmission of quotation marks, even if the journalist who published these so-called last words later acknowledged that they were inaccurate.

ALSO ME: "My battery is weak and dark." Could there be a more poignant expression of the existential twilight that we all face at this time?

ME: This is never said that! Martian rovers do not communicate in English sentences! The Opportunity sensor stack has passed a series of routine codes that include battery voltage and a light level reading. This code was then ridiculously paraphrased in this statement of noble stoicism only because the rover found himself caught in a huge dust storm.

ALSO ME: The fierce winds howling … the red sand knives tearing its sides … unimaginable darkness lowering as the storm engulfed the whole sky … and Oppy never shouted, never pushing a single protest sound, too Silent than the bird in this DH Lawrence poem that never feels sorry for itself even though it freezes and falls off its branch.

ME: It was a camera on a skateboard and she had no feeling.

ALSO ME: She sacrificed everything to push back the frontier of human knowledge. She gave her whole being to gain a few extra inches of light for us against the bounding darkness of the universe. It's thanks to Oppy that we have the best evidence that there was water on Mars – she discovered sedimentary rocks and veins of gypsum, two signs of conditions that would once have been conducive to life.

ME: I'm just wondering what the weather is like on Meridiani Planum, but it's obscene to spend emotional energy mourning an extra-planetary thermometer while ignoring the human suffering on Earth.

ALSO I: Space may be our only hope of alleviating much of this suffering, and Oppy was our substitute in space; it is not wild to say that by crying her, we reinforce our commitment to the mission that she has represented and the fragile optimism of this mission. In addition, I feel feelings when I look at his little face.

ME: What bothers me about all this is that right now we are on the threshold of a massive attack of robotics, artificial intelligence and technologies that want to erase the distinction between humans and machines. Some of these benefits may be of benefit to humanity, but one would have to be delusional to think that this is the true motive of technology companies. Most of this work will be used to control us, spy on us, occupy our jobs and sell us products. Our innate tendency to relate to machines as if they were alive is something that these companies will exploit – and already exploit every day – to make it easier. I do not regret the image of NASA, but we are at a moment in history when we have to think very carefully about the relationship between man and machines. We need to question our vulnerabilities to manipulation and control. The reaction to Opportunity's death may seem trivial in social media, but it's exactly the kind of uncritical, indulgent, and thoughtless sentimentalism that we have to be wary of, because it forces us to think in ways that lead to bad turn on the road. It's a slippery slope: accepting that a group of scientific instruments on Mars is a person, because it can move on wheels, will greatly facilitate the task of believing in the authority of a future killer-robot from Boston Dynamics. People thought that Facebook really cared until a few years ago.

THEN ME: But it's an argument to protect humanity by denying human nature. I feel empathy for Oppy because I have a human imagination that naturally extends my feelings to the world around me; if he does it sometimes in a way that makes no sense, well, welcome to life as a human being. If the goal is to be a person, it is not "sinister" to look at the world through human eyes, even if the view is full of contradictions. I know that Oppy was not sensitive, but when I read that her right front wheel had a damaged engine, she had to spend a lot of her time on Mars going back, and I still have a little suffocated. Oppy is just as real as Jane Eyre or a Pixar character, but you should never say that people should stop feeling feelings for literature and art because the tools of literature and art can be exploited by brand narratives. We need to pay more attention to how technology works to dehumanize and deceive us, of course. But it means being attentive to the moments when such things really happen; it does not mean to cauterize every human fantasy that may fall prey to Silicon Valley.

ME: OK, but it's an extremely ironic position to take when the fundamental issue is science, is not it? "Embrace a part of us obviously irrational in order to honor our quest to expand rational knowledge." If you know that your mind is subject to an error, try not to make the mistake; you do not make too many mistakes and you boast of your humanity.

ALSO ME: Yes we do it! We do it all the time! Have you ever watched college sports?

ME: Well, take advantage of your RoboCop world of authoritarian algorithms and corporate bondage.

ALSO ME: Enjoy your soulless utopia of the freedom of imagination and wonder!

ME: When you say these things, how much are you trying to add "crush them like buttons"?

ALSO ME: RIP, Mobile Exploration Opportunity March, MER-B, Thank you for your service and we remember you as you go into the great shadows beyond.

ME: My battery is low and it is getting dark.