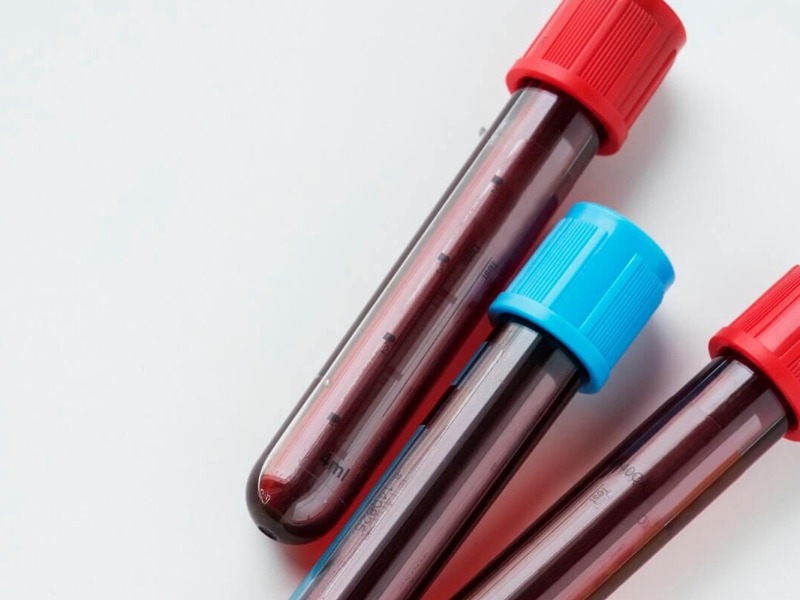 In 2016, the FDA ushered in a new era by approving the first blood-based cancer detection test, called "liquid biopsy," designed by Roche to detect EGFR mutations in non-small-cell lung cancer cells (NSCLC). . The ability to detect EGFR mutations and other gene irregularities is important, as several targeted cancer treatments on the market can prolong the survival of patients with lung cancer. But these diagnoses are far from perfect.

At present, a consortium of scientists from three major cancer research institutions in the United States has developed a new trial that they believe could detect several mutations in lung cancer that can be targeted with a high degree of accuracy.

Some liquid biopsy technologies detect DNA fragments that tumors release into the blood, called plasma-free DNA, to identify oncogenic factors and guide the choice of treatment. Proponents of liquid biopsies say the technique can potentially replace invasive tissue biopsies. The problem is that tumors release much smaller amounts of cfd-DNA than non-cancer cells, making it difficult to detect the genetic signals that oncologists need to select treatments. In fact, a recent study conducted jointly by the American Society of Clinical Oncology and the College of American Pathologists concluded that it was still too early to adopt cfDNA analysis for routine clinical use.

BioBasics: Biotech For the non-scientist

BioBasics: Biotech for the Non-Scientist is a two-day course for those who wish to better understand the science behind the industry. The course begins with basic science concepts and quickly discusses the causes of genetic and infectious diseases and therapeutic strategies used to mitigate diseases. The latest innovations in immunotherapy, gene therapy, checkpoint inhibitors, CAR-T and more are explained.

In an effort to improve technology, researchers at the Memorial Sloan Kettering Cancer Center, the MD Anderson Cancer Center and the Dana-Farber Cancer Institute have teamed up with DNA sequencing giant Illumina and his product derivative of the Grail liquid biopsy to develop a new test. According to the results published in the journal Annals of Oncology, they have developed a method capable of detecting mutations in the blood of patients with NSCLC with high sensitivity. In some cases, the technology was useful when tissue biopsies were inadequate for analysis.

The new tool uses Illumina's next-generation ultradeep sequencing, which consists of reading a DNA region 50,000 times, on average, to detect low-frequency variants. White blood cells have also been sequenced to filter out "clonal hematopoiesis", which are non-cancerous signals that may come from the bone marrow. The sequencing information was then passed to an automatic learning algorithm developed by Grail to determine the mutation results.

The researchers tested the test in 127 patients with advanced metastatic NSCLC. Of the 91 patients whose cancer-inducing mutations were identified from tissue biopsies, the liquid biopsy detected 68, "giving a true positive rate of 75%," said MSK's oncologist Dr. Bob Li, who led the research. Of the 19 patients without mutations identified via tissue biopsy, the fluid biopsy also did not detect any irregularity ", which means that there were no false positives and that the rate of true negatives is 100%. "

They also tested the technique in a third group of 17 patients whose tumor tissues were considered insufficient for genotyping. The liquid biopsy identified KRAS mutations in four of these patients. In one patient, the result was confirmed by tissue biopsy. (In two of the remaining 13 patients, mutations were subsequently discovered using tissue biopsies.)

Scientists have explored new ways to increase the sensitivity of liquid biopsies. For example, in a recent study published in Science Translational Medicine, a team from Cambridge University used fragment length differences between circulating tumor DNA and non-cancer DNA to differentiate them.

Grail is progressing on its quest to develop highly sensitive blood tests that allow the early detection of many types of cancer. At the American Society of Clinical Oncology (ASCO) conference last June, the company presented data from its Circulating Cell Genome Atlas (GCPC) project, which showed detection rates ranging from 59% to 92% among patients with adenocarcinoma, small cell lung cancer. The false positive rate – a major concern for the oncology community – was less than 2%.

MSK's Li suggests that the fast running time of liquid biopsies makes technology a potentially valuable addition to the oncologist's toolbox. The 75% detection rate shown in this study indicates that a tissue biopsy might still be needed, he added, but that a liquid biopsy could be performed at first in order to develop a treatment plan sooner. Liquid biopsies may also be an attractive alternative when traditional tissue biopsies are not feasible, he added. "Our findings suggest that fluid biopsy may play a complementary role to tissue biopsy in the treatment of lung cancer," Li said.

Anti-depression pill from 70 years ago could be used to treat prostate cancer, research shows