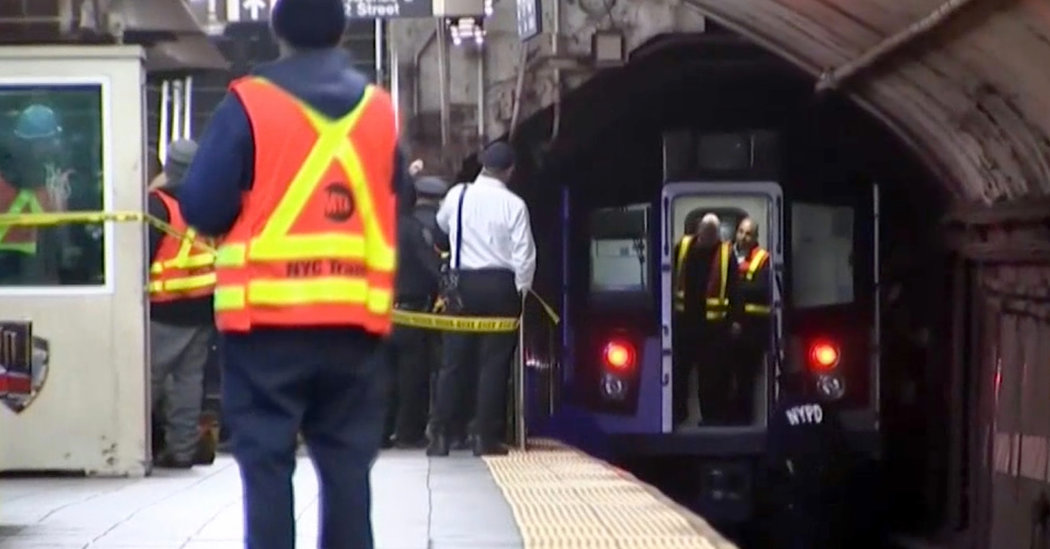 The rush on Tuesday night was almost over as the man walked unsteadily down the stairs to the subway platform. A train, with its doors already closed, was gaining speed as it came out.

In a few terrifying seconds, the train pulled the man into the tunnel just past the stop at Grand Central Station in the heart of Manhattan. He was unconscious when the police arrived and was declared dead by paramedics.

The exact sequence of the episode is not yet clear Wednesday. The authorities have indicated that, contrary to what was previously reported, neither the man's jacket nor the strap of a bag was stuck in the doors of the train. The police did not reveal his name on Wednesday afternoon.

Whatever the cause, such accidents are so rare that when they occur, they make the runners shudder, thus reviving the fear of staying too close to the edge of the platform.

While it's hard to dissuade people from deliberately jumping in front of trains, metro officials have long sought to avoid accidents by installing yellow, gnarled stripes meant to give a tactile warning: stay away.

It was a warning message to subway users who were used to leaning overboard to look in the dark looking for the headlights of an approaching train. And it was a message that some passengers were listening more than ever Wednesday.

"I do not stand on that yellow line," said Wednesday Mark Joseph, 69, while he was on the dock where the accident had occurred.

"Many people do not listen," said Joseph. "They walk to the edge. I am afraid that you may stumble or that someone pushes you. It's not worth the shot. You can die. "

But some passengers and some behavioral experts said New Yorkers were so used to yellow marks that they ignored them. What matters most is taking an already crowded train, nudging other people and splitting the crowd.

"I suppose these points are supposed to make you aware of the danger," said Antana Locs, 60. "But when people see the train arrive, it's a natural instinct to lean forward and be the first in the train."

Witnesses told police that the man was walking around 7:20 pm on the yellow guard line at the edge of a platform. as the train went out.

A video surveillance camera from inside the station showed his body thrown against a staircase and pulled into the tunnel, according to a law enforcement official.

The man's body struck an electrical box near the entrance to the tunnel and triggered a flash that caught the attention of the train operator, who operated the brakes, said the official.