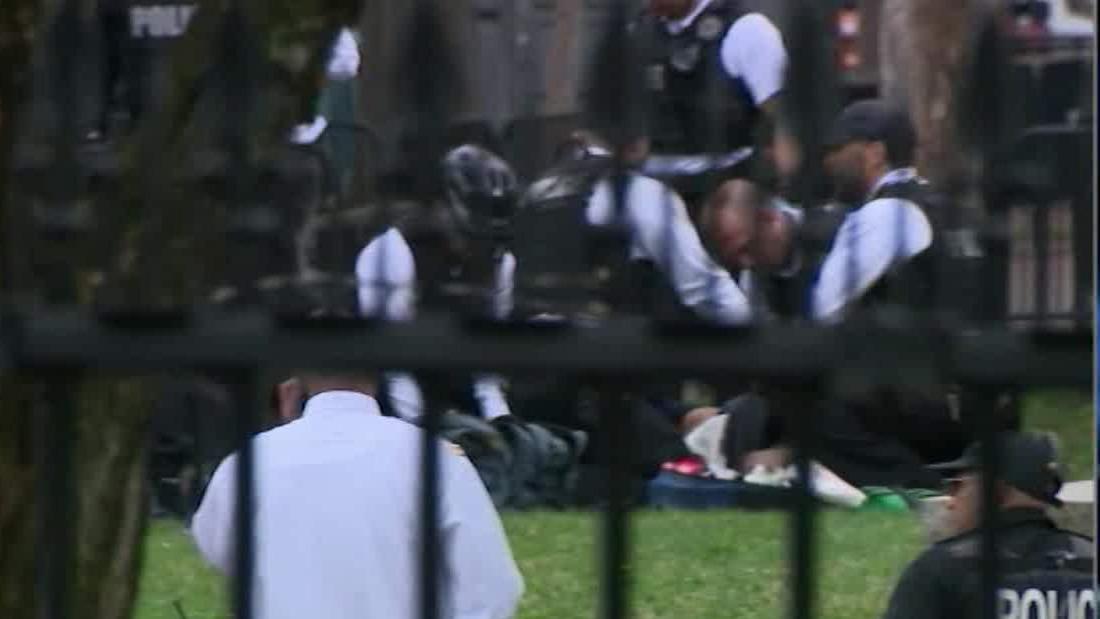 A cloud of smoke was visible near the White House around 3 pm AND, said the secret services, forcing the closure of part of Pennsylvania Avenue and 17th Street.

"A male subject using a wheelchair-type electronic scooter ignited his outer jacket while he was sitting along Pennsylvania Avenue outside the North Fence Line," Secret Service tweeted. "Division officers in uniform immediately responded, extinguished the fire and provided first aid."
The journalists saw the man being transported in an ambulance. The agency added"The male subject was transported to a local hospital with what appears to be life-threatening injuries."

A secret service spokesman told CNN that the man was apparently suffering from mental health problems and had been treated for first degree burns, and that the agency did not think the president was threatened.

Reinforced security measures were nevertheless observed on the grounds of the White House Friday afternoon, the White House press was removed from the north lawn in the briefing room.