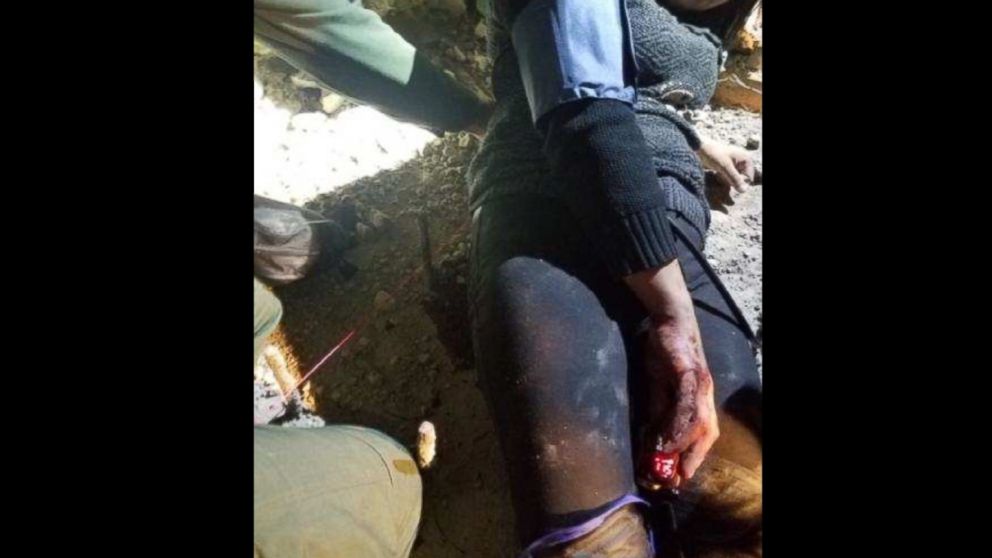 A migrant mother was impaled in front of her children over the weekend while she was trying to climb a fence along the US-Mexican border, authorities said.

The 26-year-old Guatemalan national was attempting to cross a fence near the San Ysidro entrance port, a passage between San Diego and Tijuana, Friday, when she fell and impaled on pieces of rebar, according to the US Customs and Border Patrol officials.

Officers from the San Diego area border patrol said in a statement that they found the woman and her two toddlers at around 8:30 pm and transported him to a local hospital for treatment. His injuries did not put his life in danger.

"The woman landed on a bar that pierced her side and buttocks," the statement said.

Children aged 3 and 5 were also taken to a local hospital for assessment. They were later released in the custody of the Border Patrol.

"Entering our country illegally, especially over our walls, is not only dangerous but also very stupid," said Rodney Scott, chief patrol officer for the San Diego area. "This woman has put her life and that of her children in danger."

Reinforcing bars are part of ongoing work to replace the decades-old fences at the border, the statement said.

The woman told officers that she was not part of the caravan of migrants from Central America and traveling to the border town of Tijuana, Mexico, according to the Associated Press agency. .