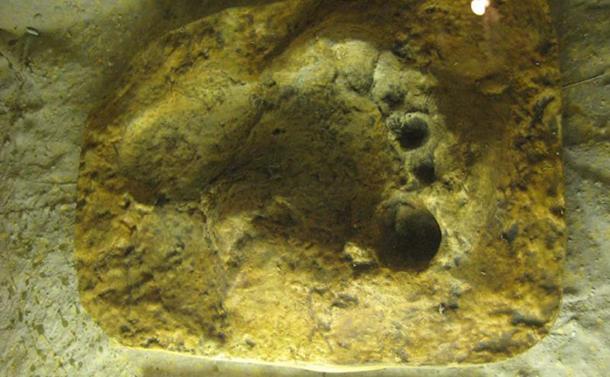 The sand sheets in the creeping dunes above Catalan Bay in Gibraltar are a remnant of the last glaciation, while the sea level was 120 meters below the current level and a vast field of dunes extending east from the base of the Rock. Several vertebrate footprints have been discovered on the site over the years. From now on, the list also includes a trace left by a Neanderthal.

The international newspaper Quaternary Science Reviews has just published an article in which Gibraltar scientists from the Gibraltar National Museum and colleagues from Spain, Portugal and Japan participated. The published results come from an area of ​​the sand dune of Catalan Bay. 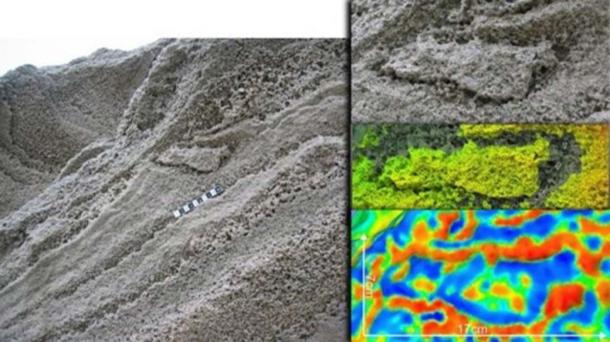 The place where the Neanderthal footprint was found. (Universdad of Sevilla)

This work began ten years ago, when the first dates using the OSL method were obtained. It is then that the first traces of footprints left by vertebrates have been found. In the following years, the successive natural collapse of the sand revealed other materials and allowed a detailed study including new dates.

The fingerprints identified correspond to species known from fossil material to have inhabited Gibraltar. They correspond to red deer, ibex, aurochs, leopards and elephants with straight tusks. In addition, scientists found the footprint of a young man (106-126 cm tall), probably Neanderthal, dating back about 29,000 years. This would coincide with the late Neanderthal dates of Gorham Cave. 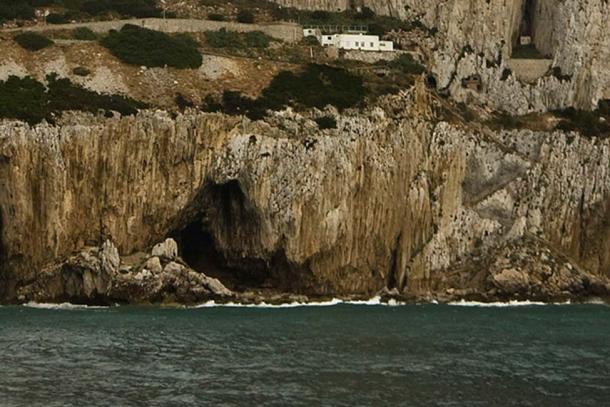 View of Gorham Cave, a marine cave on the east face of Gibraltar Rock, Gibraltar. (Gibmetal77 / CC BY 3.0)

Only the second example of Neanderthal footprints in the world

If the presence of Neanderthal was confirmed, these dunes would become only the second footprint site in the world attributed to these humans, the other being the Vartop Cave in Romania. These discoveries add further international importance to the heritage of the Pleistocene of Gibraltar, declared a World Heritage Site in 2016.

The research was supported by the British Government of Gibraltar as part of the Gibraltar Caves project and annual excavations in the Caves of Gibraltar, with additional support to external scientists from the European MICINN-FEDER project: CGL2010-15810 / BTE. 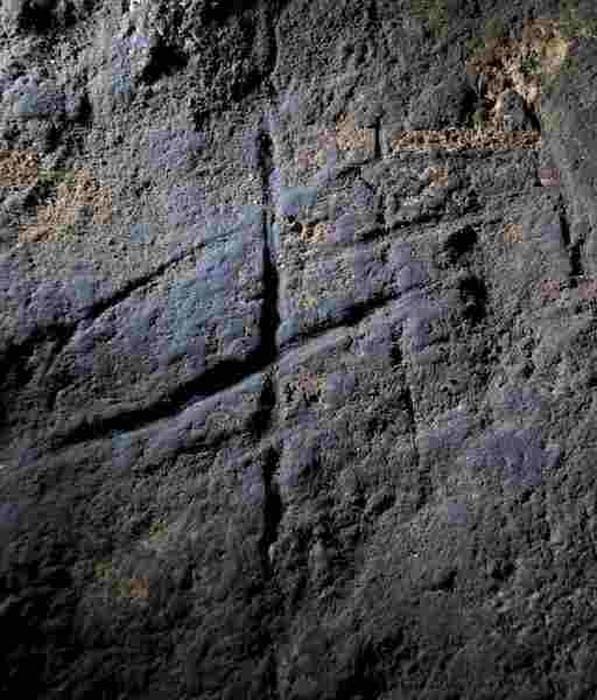 Engraving of Neanderthal in the cave of Gorham, Gibraltar. (AquilaGib / CC BY SA 4.0)

"This is an extraordinary search that gives us an incredible insight into the flora and fauna community of Gibraltar's past. We should all take a moment to imagine the scene where these animals crossed our landscape. This helps us understand the importance of preserving our heritage. I congratulate the research team for discovering this fascinating hidden evidence of our rock's past. "

The article, originally titled "The Neanderthal Footprints Discovered in Gibraltar," was first published in Science Daily.