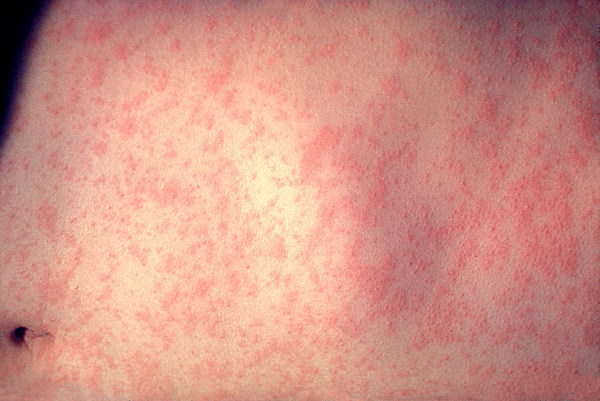 NEWARK – Two weeks ago, a passenger whose measles confirmed the presence of measles was at the Newark Liberty International Airport and may have exposed others, health officials said Monday.

The person arrived at Terminal C of Newark Liberty International Airport in Aruba on the night of Monday, March 4, officials said. The person was contagious at the time and could have traveled to other areas of the airport before taking a flight to California, also from Terminal C.

Anyone at the airport between March 4 at 9 pm and March 5 at 9:30 am, may have been exposed to measles and, if they were infected, have symptoms as late as March 26, according to health authorities.

Residents of New Jersey identified as potentially exposed on one of the patient's flights will be notified by their local health department.

The latest health warning comes as Ocean County has seen its second outbreak of measles in several months. A third case of the disease in the current outbreak was confirmed in Lakewood on Friday, March 15th.

An earlier measles outbreak from October 2018 to January 16 included 30 confirmed cases in Ocean County and three in a Passaic County home.

Anyone who suspects an exposure is asked to call a health care provider before going to a doctor's office or an emergency department.

Symptoms of measles include rash, high fever, cough, runny nose and red, watery eyes. The disease can also lead to serious complications, such as pneumonia and encephalitis (swelling of the brain).

"Two doses of measles vaccine are 97% effective in preventing measles. I therefore urge all state residents to get vaccinated to protect their health, "said Dr. Christina Tan, an epidemiologist. She also said "Anyone who has not been vaccinated or who has not had measles is at risk if exposed."