A plane lands at Chattanooga airport after being struck by lightning 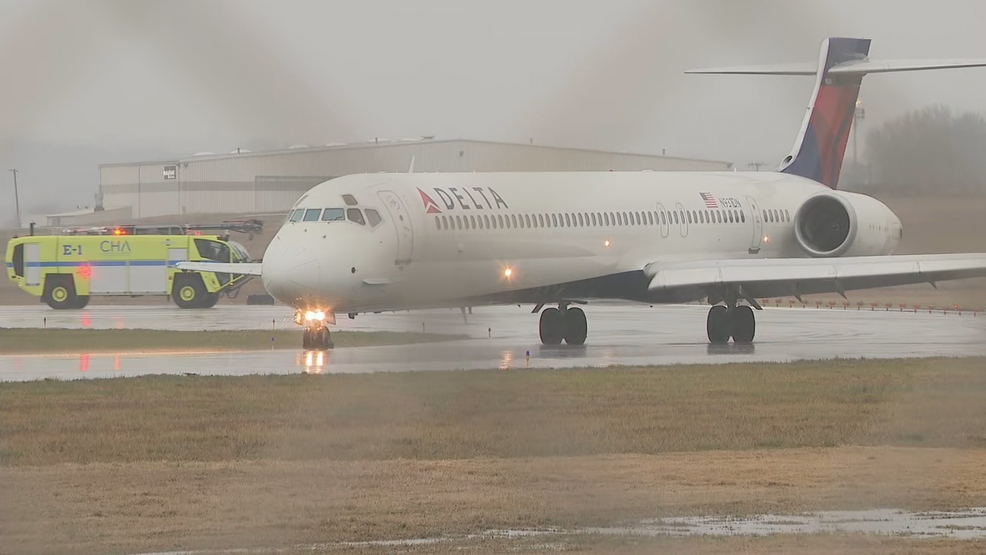 Emergency crews landed a commercial aircraft at Chattanooga Airport on Tuesday afternoon, after being struck by lightning.

According to Chattanooga Airport spokesman Albert Waterhouse, the MD 90 aircraft was heading from Milwaukee to Atlanta when lightning struck.

The plane was diverted to Chattanooga Airport and landed safely.

Waterhouse says that none of the 164 people in the plane was injured.

"The aircraft will be the subject of a thorough inspection to determine the next steps to bring passengers to their final destination," Waterhouse said in a statement.

The FAA issued a statement on the incident:

Delta Air Lines flight 2050, an MD-90, landed safely at the Chattanooga Metropolitan Airport at 1538 EST after the pilot reported a lightning hazard and declared an emergency. The plane left George Mitchell's Milwaukee International Airport and was heading to Hartsfield-Jackson Atlanta International Airport when it was diverted.Contact the airline for information on passengers.The FAA will open investigation. "

NewsChannel 9 & # 39; s Bliss Zechman spoke to a pilot at the airport who said that it was very rare that lightning struck airplanes.

Bliss spoke to one of the passengers on the plane, who said no one was panicking throughout the experience.

This is a story in development – depends on us to update it as we learn more.