A rare genetic mutation leads to cancer. The solution may already be in the pharmacy. 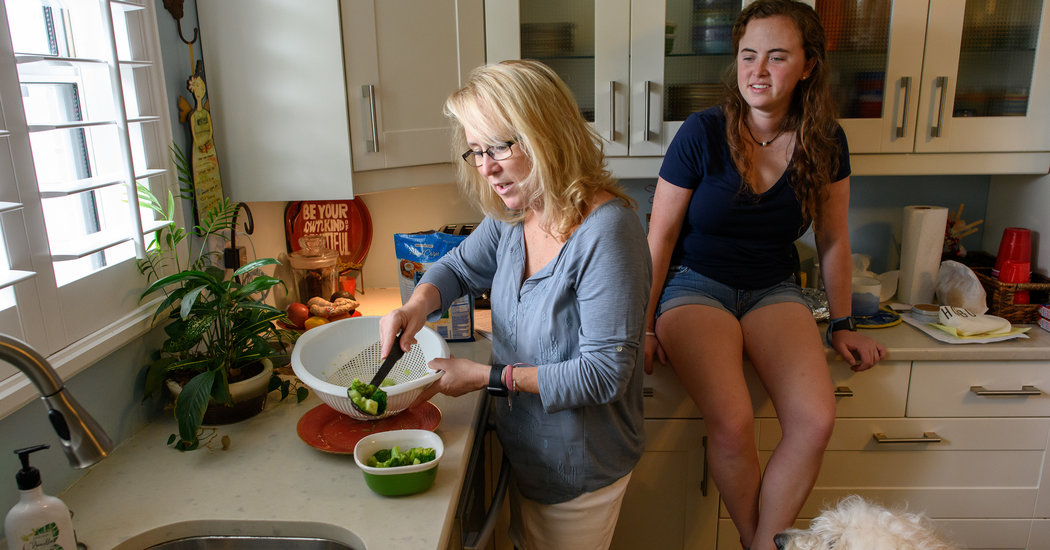 When Kelley Oliver Douglass had breast cancer, a genetic counselor asked a strange question: do you and your children have trouble finding hats that fit you?

They did, and this gave the counselor a clue about the source of the cancer: a mutation in a gene called Pten.

In addition to increasing the head circumference, this rare mutation greatly increases the risk of developing multiple cancers, including prostate and breast cancer (the lifetime risk in carriers is 85%), as well as the Autism and schizophrenia in some people.

Mrs. Douglass, 51, from Mount Dora, Florida, and her children carry the Pten mutation. Now researchers have come up with a way to counter it – and the treatment can be as close as that of the local pharmacy.

In a study published Thursday in the journal Science, researchers discovered a compound called indole-3-carbinol (i3c). blocks an enzyme that inhibits the activity of Pten. With the more active gene, patients with the mutation could be better protected against cancer.

They could get more i3c simply by eating Brussels sprouts, broccoli or other cruciferous vegetables. But to have enough, they should eat a lot: six pounds of Brussels sprouts a day – raw.

Still, i3c is also widely available as a dietary supplement and experts are discussing the desirability of conducting a clinical trial with it.

The new study was conducted only in mice and in human cancer cells grown in petri dishes. The results only concern Pten gene activity – there is little evidence for most of the other wild claims made for i3c by supplement manufacturers.

Pten inherited mutations are rare and affect one in 200,000 people. However, if research continues, it could be important for a larger number of cancer patients. The mutation is not simply inherited; the Pten gene is mutated spontaneously in many tumors. When this happens, the patient's prognosis is bad.

The activity of Pten is somewhat impaired in the vast majority of cancers in humans. A drug that reactivates the gene may help slow the growth of cancer.

Dr. Mustafa Sahin, a Pten gene expert at the Boston Children's Hospital, called the new research a "tour de force". The result is "a paradigm shift in the field and very interesting therapeutic consequences". Sahin, who did not participate in the research, wrote in an email.

The gene governs the production of an enzyme that prevents cells from dividing too quickly, thus reducing the risk of cancer formation. With reduced activity in Pten, cells grow in an uncontrollable way.

Pten mutations do not completely stop the functions of the gene. Instead, the mutations hinder the activity of the gene, so that the cells make less of the enzyme necessary for orderly growth.

But one of the most difficult tasks for researchers is finding a way to increase, rather than disable, the activity of a gene. Finally, Dr. Pandolfi and his colleagues have learned enough about the Pten system to say that i3c could do the trick.

"We were lucky or smart," he said.

The results, while intriguing, raise a difficult question for people with Pten mutations.

Should they go to the pharmacy and buy i3c, hoping it would reduce their risk of cancer? Should cancer patients who have developed Pten mutations do so?

Or should everyone wait for rigorous clinical trials with a pharmaceutical grade version of i3c?

Dr. Pandolfi asked these questions to several patient advocacy groups. All agreed that a clinical trial is necessary.

But some have urged the expectation of a pharmaceutical company to make a more potent compound. If an extra test fails, no one will want to try again, some patients worry.

Others want to proceed immediately with a test using an i3c compound manufactured to ensure purity and potency.

Kristin Anthony, President and CEO of the Pten Foundation, is a carrier of the changing gene, as is her 16-year-old daughter. Conscious of taking a pharmacy supplement and hoping for the best, she urges experts to begin a clinical trial now with a pure form of i3c.

If the results are promising, she hopes that a pharmaceutical company can develop and test a more powerful form.

For her part, Ms. Douglass is doing everything in her power to protect herself and her children from cancer. She had her non-withdrawn breast allocated prophylactically and also underwent a prophylactic hysterectomy.

A CT scan revealed kidney cancer at an early stage and part of its kidney was removed. She often undergoes colonoscopies to screen for colon cancer and skin exams for melanoma.

Her 20-year-old daughter will soon have a mammogram, as recommended for young women with inherited Pten mutations.

"A clinical trial could literally change the lives of my children," Ms. Douglass said. "I would totally participate in a clinical trial."

In the meantime, she said, "I will eat more broccoli."