A snow plow discovers a buried car, then a bigger surprise 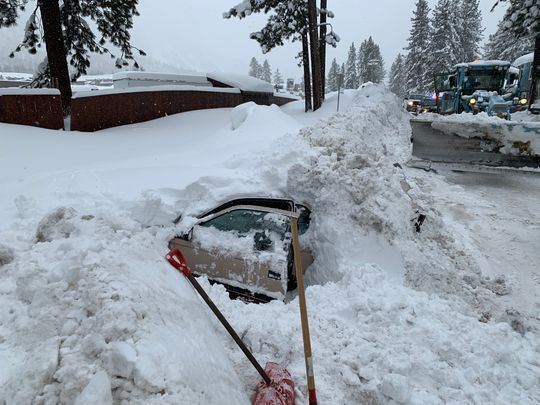 (Newser)
–
A snowplow driver from South Lake Tahoe, California, may have saved a woman's life by accidentally striking her buried car. When he heard the collision, the snow plow operator called the police and he helped authorities extract the car to tow it. Only when they saw a hand against the window did they realize that someone was inside, reports the Reno Gazette Journal. They took out a 48-year-old woman who was not injured and said she had not stayed in the car more than five hours.

"With so much snow accumulating on top of the car … if the snow plow had not touched the back, we could have a very different conversation," said a spokeswoman for the city ​​speculating that it could have taken days before it was found. "She could have suffocated." The police think the woman is homeless and may be living in the car, which was parked illegally, according to KOLO TV. She had no phone to call for help once the car had been buried. (Elsewhere, a driver trapped in Buffalo, thinking that she was a goner and wrote letters to her children.)