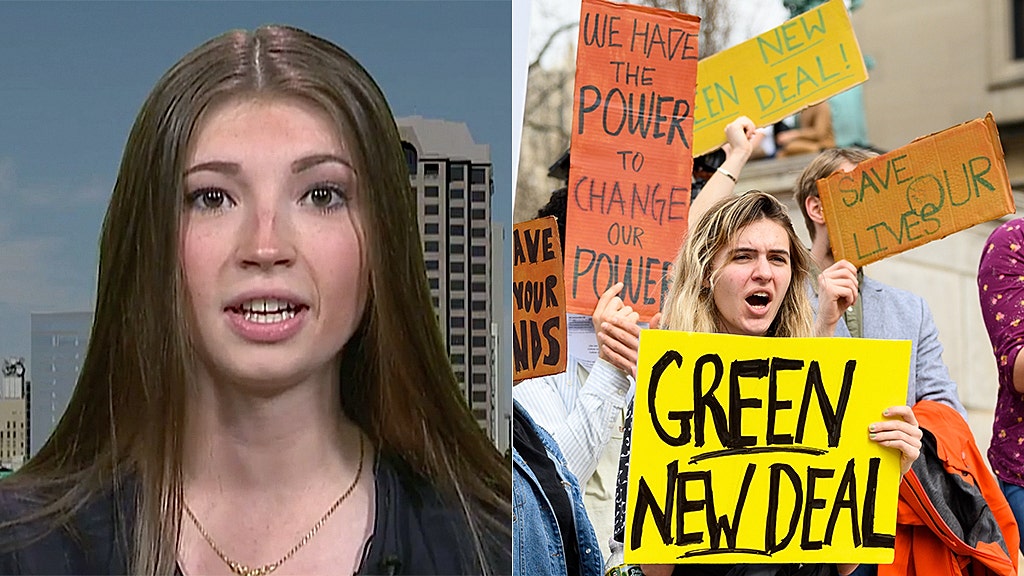 If you are a Conservative on a university campus, get ready to be bullied.

This is the warning that Charlotte Townsend, a student at the College of Charleston, delivered in an interview with "Fox & Friends" Friday morning after detailing her experiences, including a case where political posters she has were destroyed almost immediately.

"A Conservative colleague put up posters on campus and in less than 15 minutes they were demolished and destroyed," said Charlotte Townsend.

FLASHBACK: AN ATTACKING ACTIVIST ATTACKS ON THE UC-BERKELEY CAMPUS DURING A RECRUITMENT

People must respect the opinions of everyone rather than silencing an opinion with which they do not agree.

"Before arriving on campus, I had heard that the political climate at the university was hard for the Conservatives. I did not know what "hard" meant before taking the blows myself. I live in a world where many of my peers are too scared to support conservatism in front of their friends, "Townsend wrote in an editorial published by The Federalist.

The college sophomore said that conservative groups on campus had even been forced to voice their concerns to college administrators.

"I know that several other groups of Conservative students have approached them, explaining that they do not feel that their voices are being heard on campus," Townsend said.

"I think it's a problem that has a lot to do with people's character. People must respect the opinions of everyone rather than silencing an opinion with which they do not agree. "

Townsend's warning came after President Trump signed a decree promoting freedom of expression on college campuses, threatening colleges to lose funding for research by the federal government's government. They do not protect these rights on Thursday.

"We are here to take historic steps to defend American students and American values," Trump said, surrounded by conservative student activists at the signing ceremony. "They were besieged."

Adam Shaw of Fox News contributed to this story.