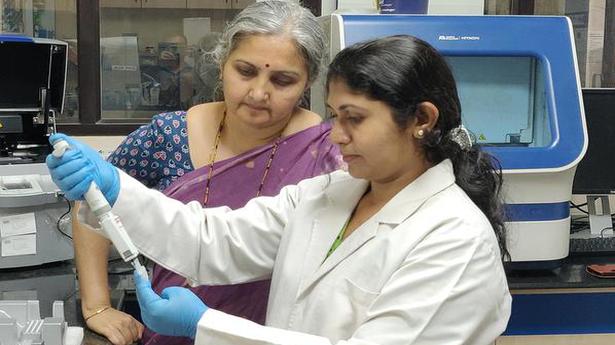 A group of researchers based in Bengaluru discovered a link between early life stress and a problematic behavior of externalizing in the DNA of children of alcoholic parents. In particular, they studied 50 children of parents with alcoholism who had experienced stress early in life, including the violent behavior of an alcoholic father towards his mother and family, abuse and sometimes even death. obligation to leave one's home. They also studied 50 healthy children in a control group who had no similar history. The results of the study were published in the journal Progress in neuropsychopharmacology and biological psychiatry.

Early adversity is known to have several biological effects. DNA methylation is a process by which chemical changes occur in the DNA molecule. It also affects the functioning of what is called the hypothalamus-pituitary axis. It is a complex set of interactions between the hypothalamus and the pituitary gland in the brain and adrenal glands (above the kidneys). "The hypothalamus-pituitary axis is a major neuroendocrine system that controls reactions to stress, digestion, the immune system, mood and emotions, sexuality and storage and energy expenditure," says Meera Purushottam of the Molecular Genetics Lab, Department of Psychiatry, National Institute of Mental Health and Neuroscience (NIMHANS), Bengaluru, and an author of the article.

The present study provides additional evidence for the association between early adversity in alcoholic children and weakened cortisol activity, an increase in specific DNA methylation in children. a site in a particular gene (SLC6A4) and a strongly externalizing behavior. "The gene codes for the serotonin transporter. Serotonin is a very important chemical produced by the body and necessary, inter alia, for communication between neurons, "says Dr. Purushottam. The activity of this protein is crucial for appetite, emotional wellbeing, cognition and memory.

During the study, the children were subjected to a standard resistance test and their saliva was sampled every ten minutes and tested for the chemical substance cortisol. In normal individuals, the level of cortisol is expected to increase during stressful periods. "We found that cortisol levels in children with chronic stress increased moderately when they were exposed to acute stress," says Vivek Benegal of NIMHANS 'Center for Addiction Medicine and co-author of the paper.

The study is unique in that it performs a detailed evaluation of the function of the HPA axis by estimating cortisol during stress and chemical effects due to early adversity at the DNA level. The combined approach has helped researchers assess adversity, HPA axis function, DNA methylation and behavior. "Having all the data in the same set of samples allowed us to draw conclusions about how the four parameters might interact," she says.

The study concludes that children with alcoholics may have a compromised HPA axis and epigenetic modifications at the DNA level that may lead to increased outsourcing behavior.