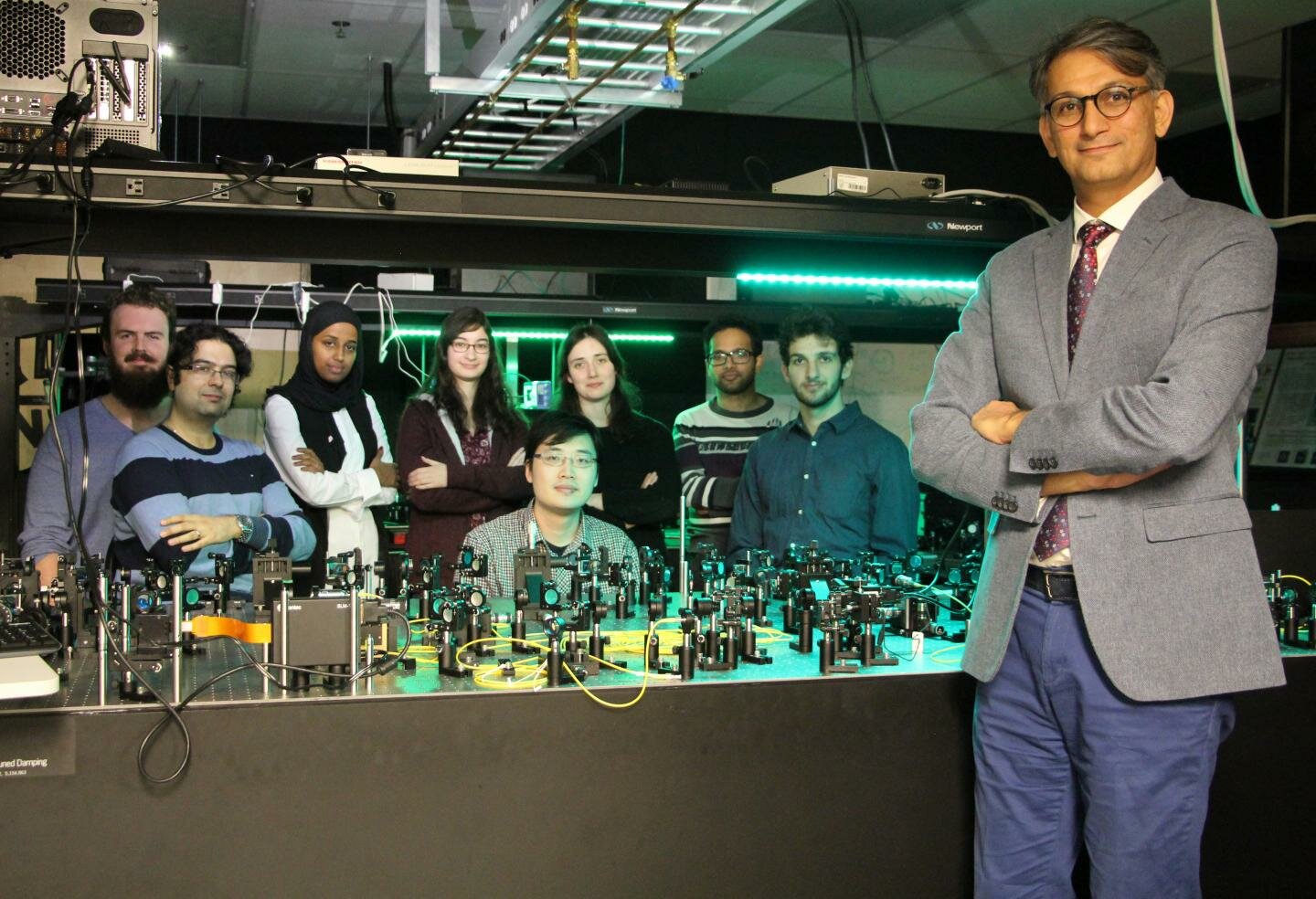 Imagine being trapped in a labyrinth and wanting to find your way. How would you proceed? The answer is trial and error. Thus conventional computers using conventional algorithms can find the solution to a complex problem. Now, consider this: What if, by magic, you could clone in several versions to be able to walk all the paths at the same time? You would find the exit almost instantly.

It turns out that we are not talking about magic – we are talking about atomic and subatomic particles. An electron, for example, can be in many places at once. It is a fundamental principle of the known nature in quantum mechanics under the name of superposition principle.

Now, let's imagine if we take advantage of this principle and apply it to our simulators and conventional computers. Imagine how much more efficient we would be in information processing!

Quantum simulators are not only good for the efficiency of processing times, but they are the "natural" choice for simulating simple and complex systems. This is a direct consequence of the fact that nature is ultimately governed by the laws of quantum mechanics.

Quantum simulators provide us with an excellent opportunity to simulate fundamental aspects of nature and to understand their hidden dynamics without even considering the complexities of different particles and their interactions. This is precisely the motive behind the research of Professor Ebrahim Karimi and his team.

The Karimi team simulates periodic and closed structures in nature, such as ring-shaped molecules and crystal lattices, invoking the properties of quantum mechanics of light. The results can help us understand the dynamics involved in such systems and open the possibility of developing efficient quantum-based quantum computers.

The Karimi team has successfully built and operated the very first quantum simulator specifically designed for the simulation of ring-shaped (ring-shaped) systems. A quantum simulator simulates a quantum system. The team used the quantum of light (photon) to simulate the quantum motion of electrons in rings composed of a different number of atoms. The results of the experiment revealed that the physics of ring systems is fundamentally different from that of online systems.

In doing so, the team has developed a powerful experimental technique to simulate a broad class of atomic systems and has opened a new window to explore the many opportunities arising from its work.

"We expect that in a short time, our research will have a very important impact in a variety of disciplines, from medicine to computer science, from organic chemistry to biology, to materials science and engineering. fundamental physics, "says Dr. Farshad Nejadsattari, one of Karimi's postdoctoral fellows, who was part of the project.

In a quantum simulator, a quantum particle that can be easily controlled and physically understood (in this case, a particle of light, a photon) is allowed to propagate in a system designed to be similar to the simulated one.

Some interesting discoveries of this experiment include the search for specific ways to spread the particle over the ring so that the distribution never changes as the particle propagates, as well as the case search where the particle first spreads on the ring, then re-emerge at the location where it was originally placed. This has never been seen experimentally in any quantum simulator.

As quantum simulation techniques become more and more mature and complex, the synthesis of new materials, chemicals and drug development will be greatly simplified. The quantum simulator will help provide all the information you need in the blink of an eye.

Explore further:
How does a quantum particle see the world?