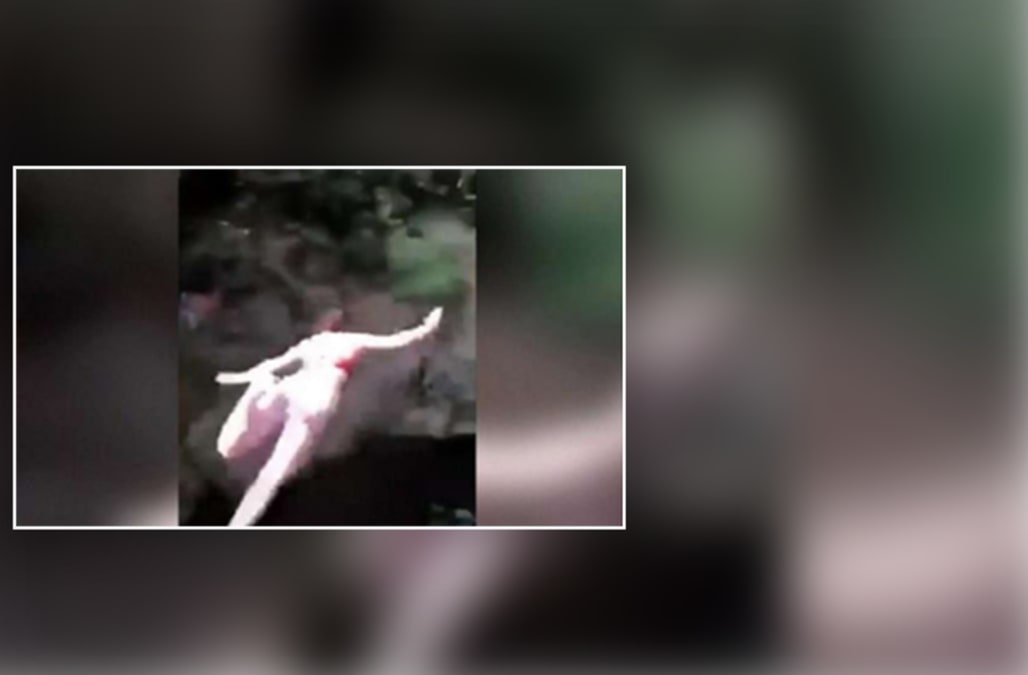 A teenager accused of hurting her 16-year-old friend by pushing her from a 25-meter bridge in southwestern Washington in August pleaded guilty on Monday to a reckless endangering offense.

Taylor Smith appeared in the Clark County Court, where a state attorney recommended not to be sentenced to prison. She will be sentenced on March 27.

Smith, 19, was charged with a charge of reckless endangerment about a week and a half after the incident, an offense punishable by a term of imprisonment. Imprisonment for one year and a fine of $ 5,000.

She pleaded not guilty in December. Last month, Smith was offered a plea deal, the details of which were not disclosed to the court.

The 10-second video clip of the incident captured on a cell phone became viral.

Holgerson had originally planned to jump off the bridge into a river some twenty meters below, but said she had changed her mind.

She said in a recent interview on "Today" on NBC that, even though she was anxiously awaiting Smith's conviction, she did not know what punishment Smith should suffer.

"Some days, I rather want her to be put in jail," said Holgerson. "And some days, I think it could be too hard."

@ABC Nice friend, wow. Happy that she has been accused !!!

@ABC These bs. It was not a nice kid, just kids growing up. That was one, I am jealous of you on the bottom and I am … https://t.co/QgrdtT8IX8

@TODAYshow C was a very aggressive push with anger behind.

@TODAYshow I'm having trouble watching this video … poking someone at a dock is one thing … but a drop like this .. … https://t.co/ lfAina4zFs