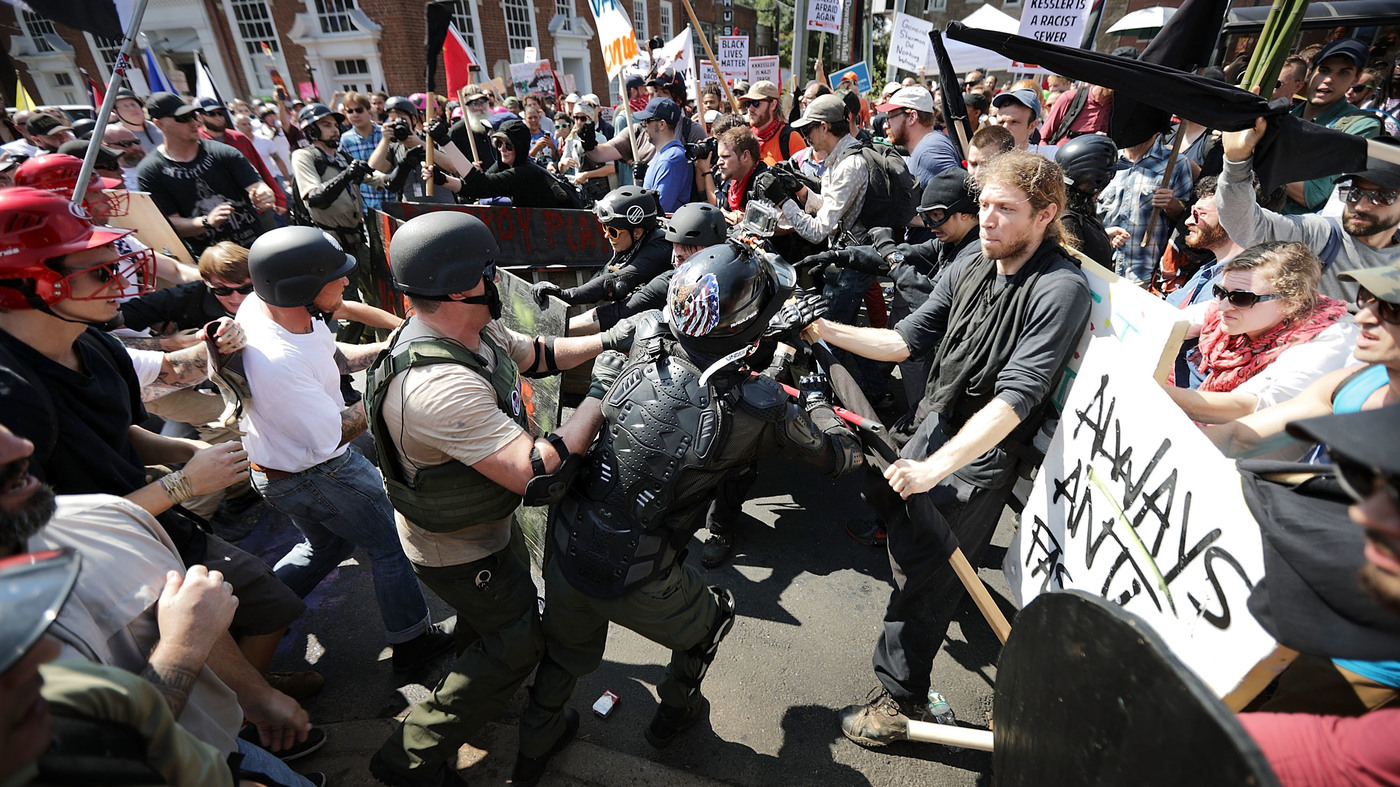 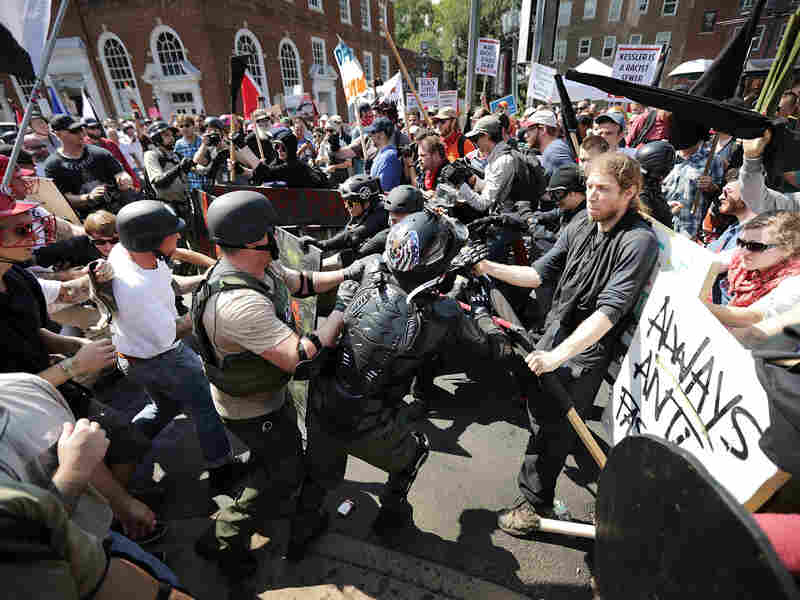 White nationalists, neo-Nazis, and "right-wingers" face off against counter-protesters in Charlottesville, Virginia, at the "Unite the Right" rally on August 12, 2017. 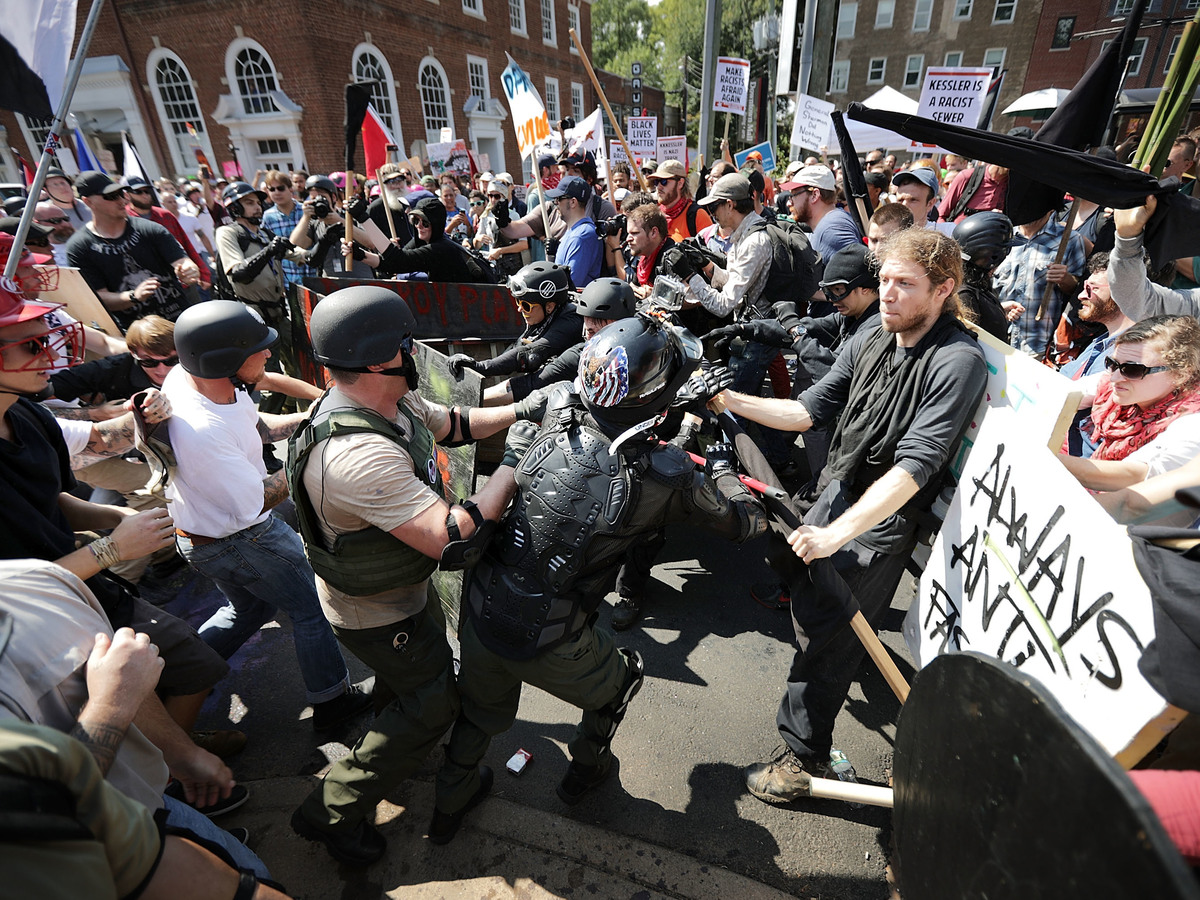 White nationalists, neo-Nazis, and "right-wingers" face off against counter-protesters in Charlottesville, Virginia, at the "Unite the Right" rally on August 12, 2017.

Police in Charlottesville, Virginia, reportedly arrested a 17-year-old man in connection with a threat that "contained vile and racially laden language against African-American and Hispanic students" in a high school in the region.

At a press conference on Friday, police chief RaShall Brackney said the suspect allegedly uttered "threats of causing serious bodily harm to people on school grounds." "and a" computer harassment ".

The principal of the school, Dr. Rosa Atkins, confirmed that the person charged was not a student of the school in question, Charlottesville High School.

"Hate … violence … intolerance is not welcome in Charlottesville," Brackney said.

"And in Charlottesville and around the world, we firmly say that there are no" very good people "on both sides," she added, apparently referring to the comments made by President Trump following the violence sparked by a white supremacy rally in Charlottesville in August 2017.

The incident is another heavy blow to a community still recovering from the white supremacist rallies in the summer of 2017, including the "Unite the Right" rally that resulted in the death of the community. a counter-protester and drew national attention to the city.

Officials said they had decided to close the city's nine schools, serving more than 4,300 students, for the second day on Friday, after a worried citizen sent an email to the administrators of the city. School district Wednesday night to inform him of the threat.

District officials issued a statement Thursday night informing teachers and parents of the decision to close again. "We would like to acknowledge and condemn the fact that this threat has been accused in a racist manner," the statement said.

Addressing NPR, Margaret Thornton, a Charlottesville resident – who taught at high school from 2012 to 2016 – said she was concerned about the potential impact of the latest threats on students. .

"What initially came to my mind was the trauma these children have had since the rallies a year and a half ago," she told NPR.

She said the decision to close the schools for two days indicated that the threat must be serious.

"The school district is not making the decision to close schools lightly," Thornton told NPR. She pointed out that many students in the district enjoyed reduced or free meals during the day. "It's been two more days since these kids do not have access to healthy, hot meals."