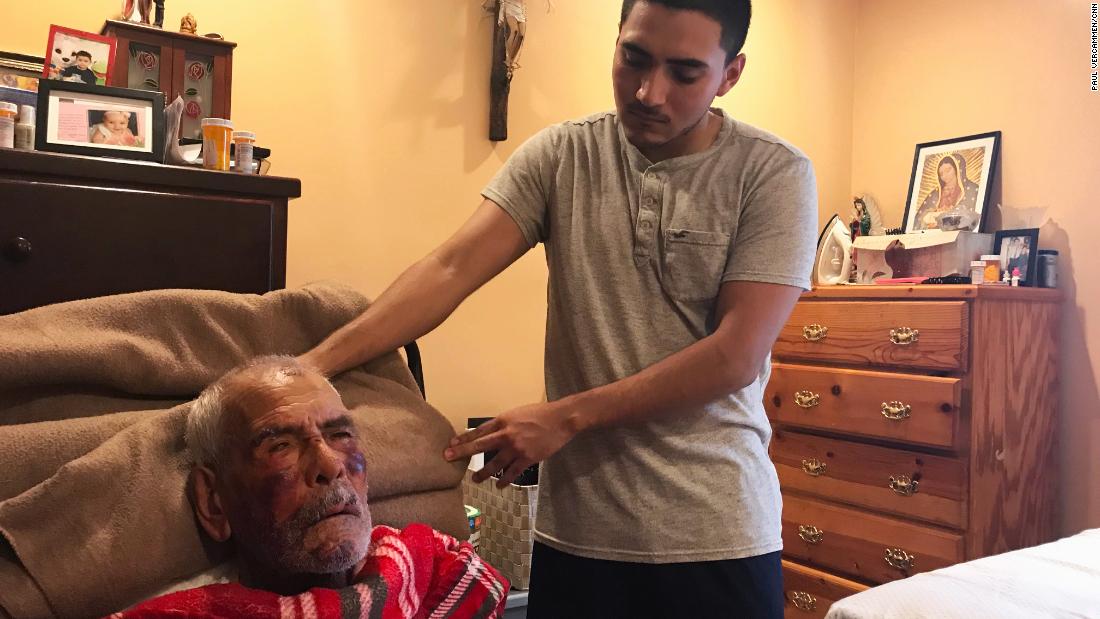 Laquisha Jones, of Los Angeles, had pleaded no challenge in December on a charge of elder abuse, injuries inflicted. She also admitted to using a lethal weapon – a brick – and inflicting severe injuries on the victim, Rodolfo Rodriguez.

"We were able to reach a decision that, in my opinion, accurately reflects his conduct," Deputy District Attorney Frank Dunnick told CNN's subsidiary KABC. "This is an important punishment, and it sends a message to her and to the community that this kind of violence will not be tolerated."

On July 4, Rodriguez was heading to a park when he came across a woman and a girl, he said. The woman assaulted him without warning, hit him with a concrete brick and appealed to a group of men to beat him, he said.

Rodriguez, who turned 92 in September, was injured in the jaw, cheekbone, two broken ribs and many bruises, said his family.

Prosecutors say that Jones, 30, was also convicted of criminal threats in 2017 and that she was on probation at the time of the attack for this crime. She was also on probation for a crime.

CNN affiliate, KTLA, said prosecutors had recommended that convicts be sentenced after a plea agreement that had ended a charge of attempted murder. He also withdrew an increase in hate crime that could have added up to three years, Dunnick said.

Rodriguez told KABC that if God forgives Jones, he forgives her, according to a CNN translation.