According to a study, the pumping of breast milk could change its bacteria 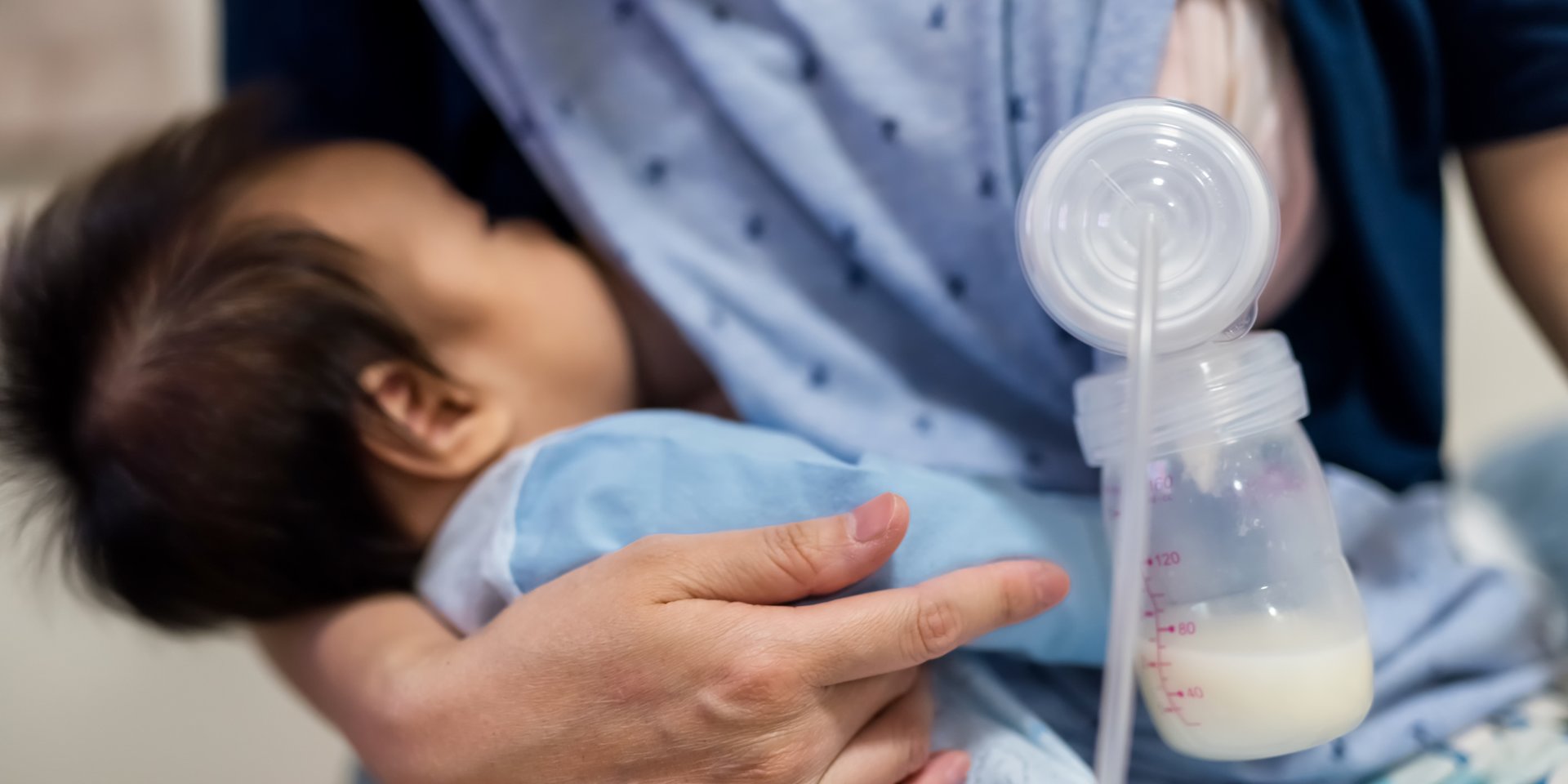 The study, published Wednesday in the peer-reviewed journal Cell Host and Microbe, looked at 393 couples of mothers and children enrolled in the long-term study of the birth cohort of Development. Healthy Infant Health in Canada, known as the CHILD Study. The long-term project is a collaborative effort to explore the effects of genetics and environmental factors on participants' health over time.

For this study, researchers analyzed breast milk samples from mothers to determine the microbes that they contained. Breast milk was previously considered sterile, but it contains bacteria, the authors wrote.

"The original question was, what did the profile of milk bacteria really look like, which has been relatively little studied," Meghan Azad, co-author of the study and researcher, told INSIDER. "We found that it was very variable.The milk of different mothers contained different types and combinations of bacteria.Our second question was therefore: why this difference?"

Using the information they had collected about the mothers, the researchers analyzed how different factors, such as the baby's delivery mode, feeding methods, and the index body mass, could be related to the differences between bacteria in his milk.

According to the study, different feeding methods were associated with a different mix of bacteria in breast milk.

"After exploring many possibilities, the most consistent factor was the feeding method," Azad said. "Thus, breastfeeding mothers had a different mix of bacteria in their milk than mothers who used a pump."

First, researchers found that, compared to milk from mothers who were breastfeeding directly, pumped milk had lower levels of bifidobacteria, which is common in the infant's intestines and "generally considered an effective and useful bacterium," Azad said.

Secondly, the milk of the pumping mothers had a greater abundance of "potential opportunistic pathogens," said Azad.

"These are microbes that, in some contexts, could eventually lead to an infection, but it depends on other factors, such as the presence of other bacteria, and the fact that the individual is immunocompromised "Azad said. "So, if your milk contains these bacteria, your baby will not necessarily get sick, it's not that simple, but it's an interesting discovery that deserves further investigation."

The study did not show that pumped milk is bad

Azad added that the study "does not show that pumped milk is bad".

"Breastmilk is beneficial for many reasons, and for some mothers, pumping may be the only way they can provide breast milk to their babies for a variety of reasons," she told INSIDER. "So, we certainly do not want to discourage pumping, but rather ask the question of what it means and what additional research needs to be done."

Instead, she added, the results raise questions about the meaning of the difference between bacteria and future research to undertake to better understand it.

Azad and his research group have previously published studies showing that different infant feeding methods are related to different health outcomes for babies.

Read more: According to a new study, breastfeeding is better for the baby's weight than pumped breast milk

Azad said many possibilities could potentially explain these differences. One idea is that pumped milk could change its composition – after pumping, some of the bioactive elements in the milk might be degraded, or the pump itself could introduce new elements, she added. For this new study, the researchers simply focused on a specific aspect of the composition of breast milk: its bacterial profile.

The new findings could provide a clue that could explain why his research group has observed different health outcomes in babies fed in different ways, Azad explained.

For the moment, the authors of the article wrote that it was necessary to continue the research to replicate these findings in new groups of participants and study their implications for the health of babies.

Future research can help improve nutrition for all babies

Azad said that further investigation on this topic can lead to useful recommendations for parents.

"By better understanding the difference between pumped milk and breastfeeding … we can empower all mothers, regardless of how their baby is feeding." This could imply new recommendations regarding breastfeeding and breastfeeding. Bottle feeding, cleaning the breast pump or keeping milk pumped new supplements for babies who can not be breastfed, "she said." These are all things we will learn by making research."

She added that the message of this new study does not want parents to feel alarmed or guilty.

"We know that parents are already very stressed," she said. "But I think that overall, this type of research is important to improve the informed decision-making and nutrition of all babies in the future."