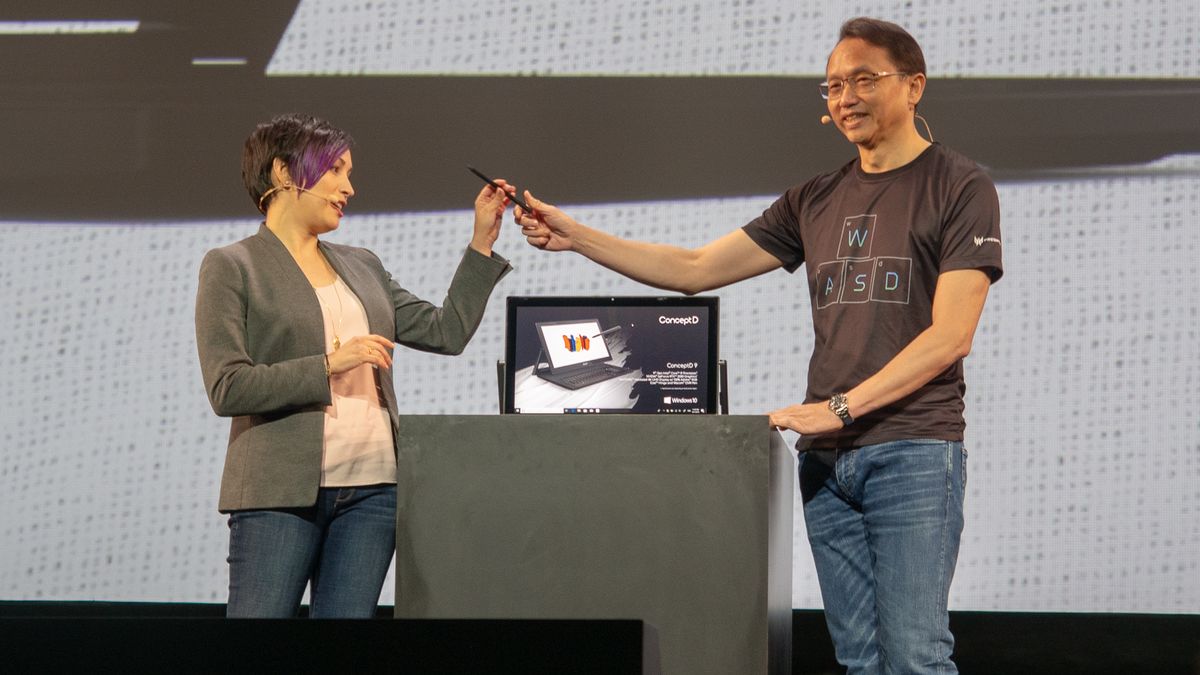 At Acer's Next @ Acer annual event in New York, Acer introduced a series of new tools for "future consumers," including laptops, desktops, and monitors for business use. The new line calls ConceptD and even includes a VR headset designed for digital engineers.

The new ConceptD machine family is designed with a simple, timeless aesthetic, and the notebook series could be a boon for creative on the go. The mobile range includes three laptops.

The ConceptD 9 is the first mobile workstation in the series. The laptop has a 17.3-inch 4K UHD screen built on a hinge that allows it to switch, rotate and expand in a manner similar to that of Microsoft Surface Studio.

This net screen also displays Pantone validation for color, with 100% coverage of the Adobe RGB color space and a Delta E (professional color accuracy calculation method) of less than one. The screen, combined with a Wacom EMR stylus with magnetic attachment, can also handle 4,096 levels of pressure sensitivity.

The ConceptD 7 and ConceptD 5 are devoid of the unique design of the hinge, opting for a traditional laptop style, while offering creativity-oriented specs. Each features a 15.6-inch 4HD UHD display with full coverage of the Adobe RGB color space and a Delta E color accuracy of less than two.

In addition to mobile products, Acer also announced the release of two professional desktops, the ConceptD 500 and ConceptD 900, powered by two Intel Xeon Gold processors, up to 192 GB of RAM, and a Nvidia Quadro graphics processor. RTX 6000.

A new Windows Mixed Reality engineering-oriented helmet, called ConceptD Ojo, is also coming soon. Finally, to complete the ConceptD range, Acer has also launched a pair of VESA DisplayHDR 1000 certified monitors with 99% coverage of the Adobe RGB color space and a Delta E color accuracy of less than one.

Google adds much more detail to streets in Maps

Samsung makes The Frame lifestyle TV even more artistic in 2021