After more than 70 years, a stolen letter from Alexander Hamilton could soon return home to Massachusetts 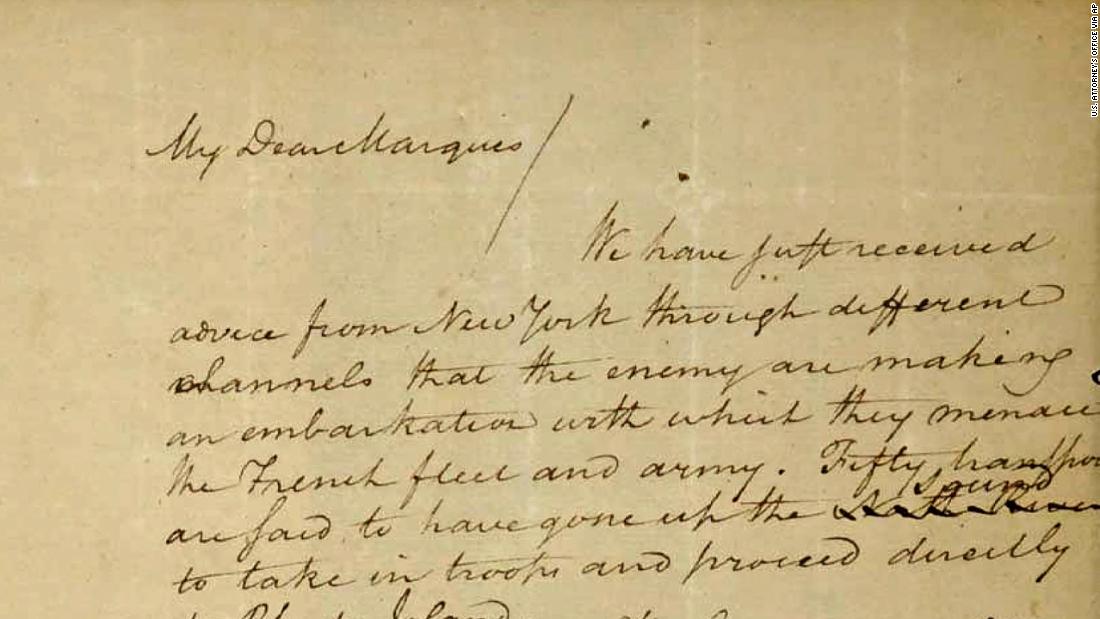 A historical document stolen, lost in time, to discover more than 70 years later at an auction.

The only thing to do is that, unlike Nicholas Cage's films, this document is not a link to a kind of plot that is altering the world.

Instead, Alexander Hamilton's letter of 1780 to Major-General Marquis De La Fayette in Rhode Island simply stated that "enemy" forces were going to Rhode Island, putting the French forces at risk. The date of the letter indicates the end of the war of independence. De la Fayette was a French aristocrat who helped Americans during the war. Hamilton was one of the founding fathers of the United States.

The court documents say that Hamilton's letter is now in the possession of the FBI. The US prosecutor in Massachusetts on Wednesday filed a complaint with the US District Court in which he asked that the document be returned to Massachusetts.

According to Massachusetts records, the letter was allegedly stolen from the state archives by an employee of the archives between 1937 and 1945. Documents from George Washington, Benjamin Franklin, Paul Revere and Benedict Arnold, as well as from the United States. Other people were also stolen, according to court records. . The court documents do not specify what happened with the other documents except that they were retrieved later.

The employee was arrested in 1950 and it was found that the documents had been sold to booksellers. Reference numbers for indexes of documents have also been deleted or deleted, according to court documents.

Hamilton's letter was discovered in November at an auction house in Alexandria, Virginia. A family from South Carolina was selling the letter and other documents.

Thanks to Founders.com, a database of historical records managed by the National Archives and the University of Virginia Press, a researcher at the auction house found that Hamilton's letter was classified as "missing" in Massachusetts Archives. The auction house then called the FBI.

CNN e-mailed the Massachusetts Archives but did not receive an answer.