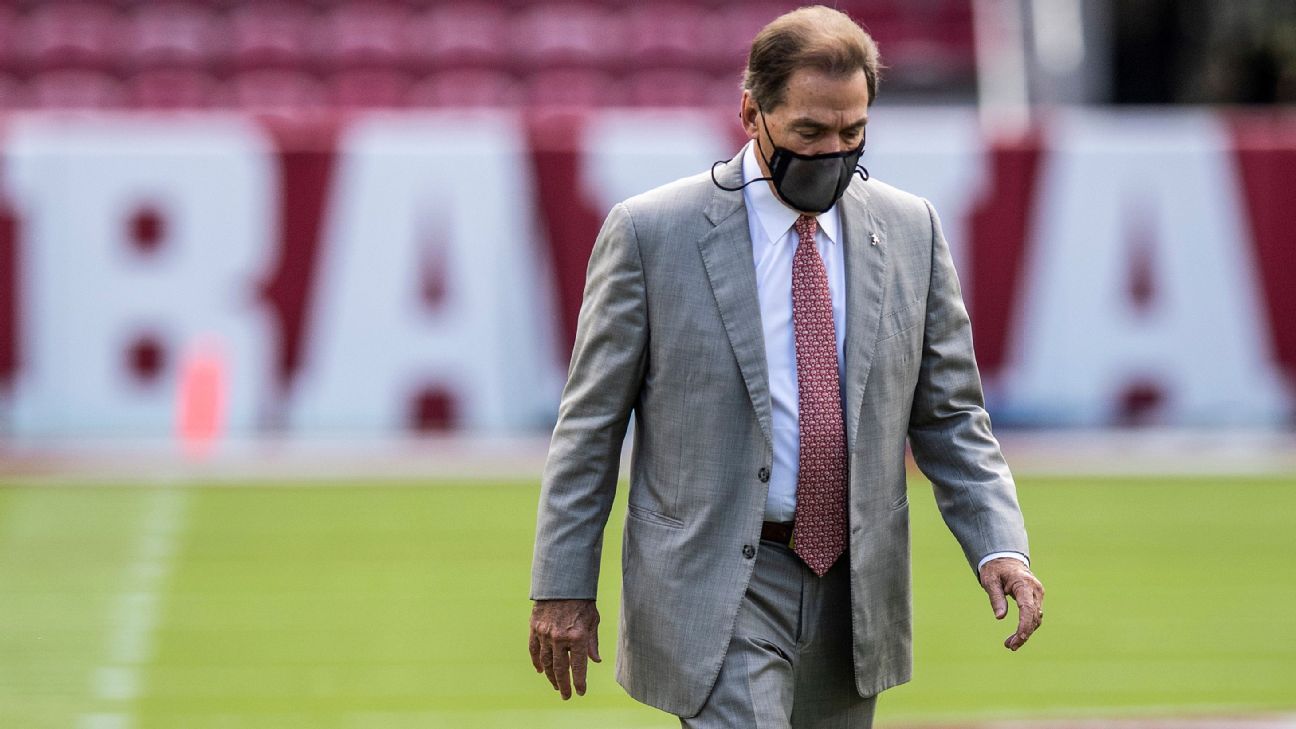 Alabama coach Nick Saban has tested positive for COVID-19 and will not be coaching Saturday’s game against Auburn.

According to a statement released by the university, Saban tested positive on Wednesday morning and has “very mild symptoms.” Because Saban is symptomatic, the test will not be classified as a false positive.

“He will follow all appropriate guidelines and self-isolate at home,” team doctor Dr Jimmy Robinson and head coach Jeff Allen said in the statement.

Saban, 69, will have to self-isolate for at least 10 days, which would put his return on Dec. 4, one day before the scheduled regular season finale in Arkansas. According to the SEC protocol, “At least 24 hours must have passed since the last fever without the use of anti-fever medications and improvement in symptoms (eg cough, shortness of breath, etc.) has occurred, in accordance with current CDC guidelines for isolation. “

Last month, Saban received what was ultimately considered a false positive test. After initially testing positive, he had three consecutive negative tests and was able to lead Crimson Tide to victory over Georgia.

Alabama are undefeated and No. 1 in the college football playoff standings.