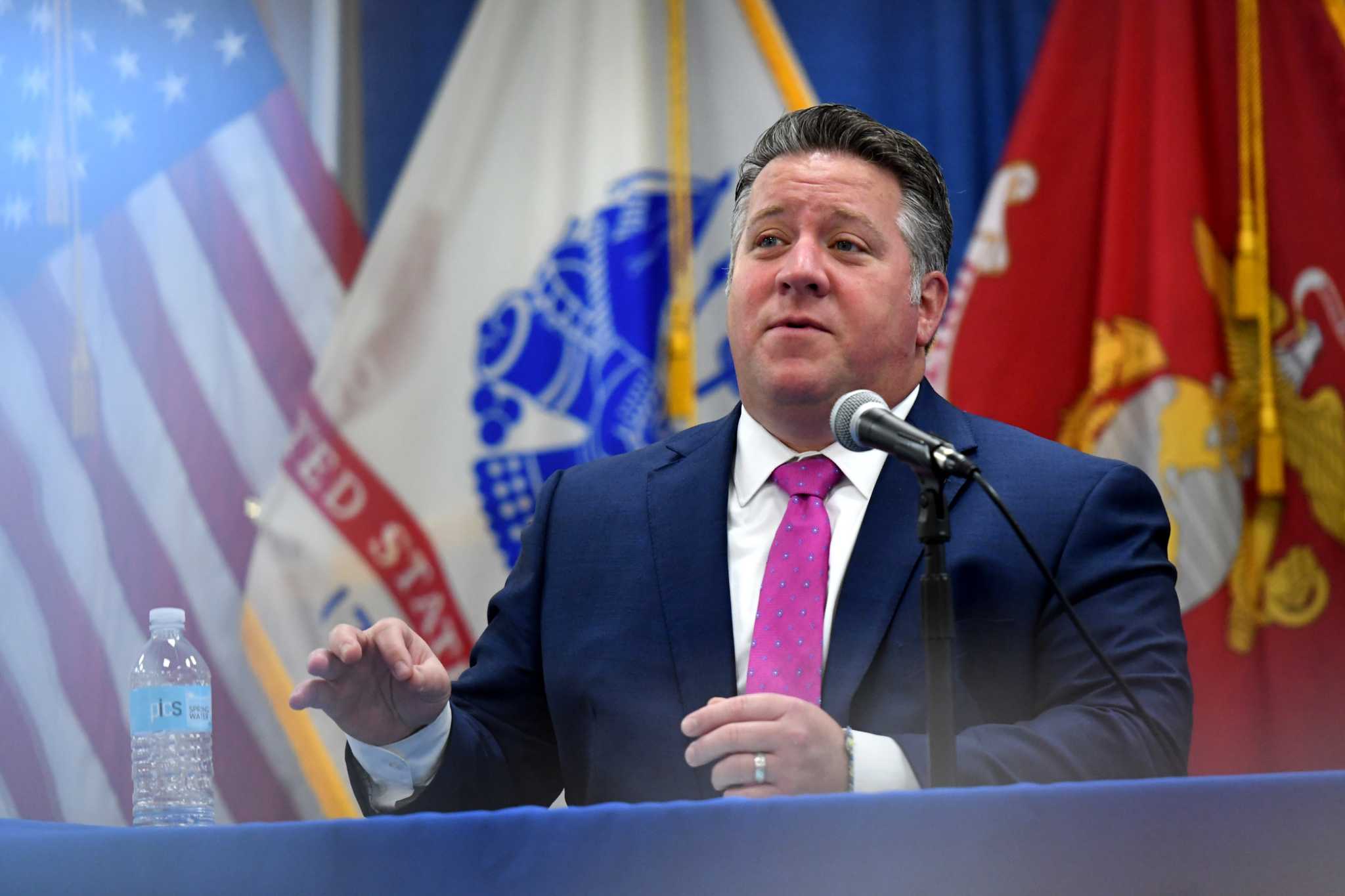 ALBANY – Albany County officials expressed concern on Monday over the continued sharp rise in coronavirus cases and hospitalizations, and announced that a record number of residents are now hospitalized with the virus.

Ten other residents were hospitalized overnight, county executive Dan McCoy said. There are now 72 hospitalized residents – the most the county has seen to date. Eleven of them are in intensive care.

“Now is the fourth time in just over a week that we have set a record for the number of residents hospitalized – another record this November that I didn’t want to hit and I’m not proud of.” , McCoy said. .

In just one month, 162 county residents were admitted to hospital, he said. This represents 30 percent of the county’s total hospitalizations since the start of the pandemic.

“On top of that, we probably still haven’t seen what effect the Thanksgiving gatherings will have on our infection rate before the holidays,” he said.

McCoy announced on Monday that there had been 105 new confirmed cases of the virus overnight, 80 of which could not be attributed to potential exposure.

A county resident under the age of 25 is currently hospitalized, as are eight residents aged 25 to 49, he said.

A change in the way the state determines microcluster designations has temporarily spared parts of Albany County from facing further restrictions.

Governor Andrew M. Cuomo on Monday announced that he would add hospitalization and death rates, available hospital and intensive care beds, and available healthcare personnel to the parameters the state uses to designate areas. The levels that trigger the zones have not yet been established, but will be announced this week, he said.

Based on previous parameters, Albany County was only one day away from reaching the threshold that could trigger a “yellow” zone designation in which new restrictions apply to places of worship, bars, restaurants restaurants, schools and gatherings. The metric that was closely watched – and will always be part of the state’s formula, Cuomo said Monday – was the percentage of residents who tested positive for the virus over a seven-day average.

Albany County’s seven-day positivity rate exceeded 3% in the past nine days for which data was available. One more day at this level and he could have faced further restrictions. Until the levels of the new parameters are established, it is still unclear how soon some parts of the county may face further restrictions.

Just before Cuomo’s announcement on Monday, McCoy said he suspected parts of the county would surpass the trigger of a yellow designation and turn orange depending on the trend in the numbers. In an amber zone, capacity restrictions are tightening and high-risk businesses such as salons and gyms must close.

“I have to be honest with you,” McCoy said. “We’re probably going to go yellow, folks, and go straight to orange at the rate we’re heading.”

McCoy said the state is not giving the county any real notice of a microcluster designation. He said the notice usually comes right before the press briefing at which the governor plans to announce it. Cuomo did not make such an announcement on Monday.

Before making a designation, state health officials contact the local health department to determine the areas causing the increases so they know how to draw the area.

“I think … we are looking at some restrictions imminently,” County Health Commissioner Elizabeth Whalen told reporters. “It remains to be seen whether they are yellow or orange. But the trends we’ve seen over the past two weeks really point us in that direction. So it’s a question of when.”

Editor’s Note: A previous version of this story incorrectly indicated that there had been a new death from COVID-19 in the county overnight. This death had already been announced on Sunday.