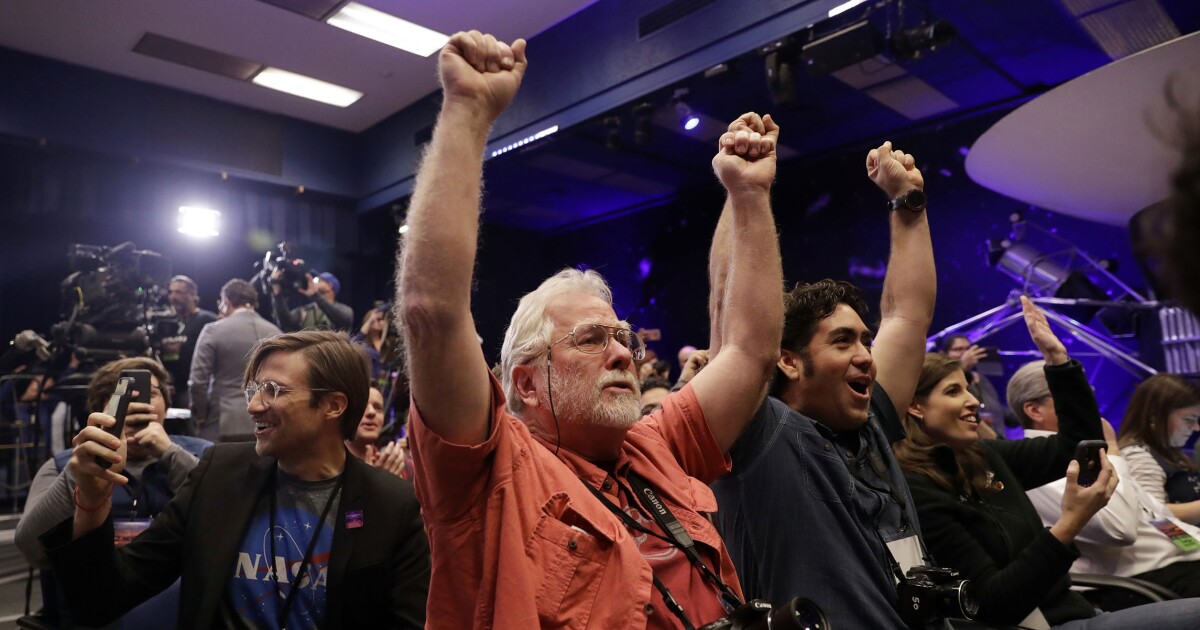 NOTThe final triumphant landing of a spacecraft on Mars by ASA should inspire us to reinvigorate our own capacity for wonder.

While many national outlets covered Monday's landing of the InSight LG (and this publication provided liveI still do not feel that the general public is excited, or even more than slightly interested, by that. After all, this is the eighth successful landing of a human machine on the Martian surface. The novelty has disappeared for a long time.

It's hard for most of us to know what lander is doing what science, or why nothing but looking for water / life / little green men should be of concern to us. If the LG needs to dig the earth rather than sending a robot looking like R2-D2 crossing the Martian dunes, that just does not interest us – even if we allow ourselves a momentary pride as Americans and humans know that we can perform such engineering feats.

Yet we should not be so jaded about it. What humanity is doing on Mars is really remarkable. Three-fifths of Mars missions have failed entirely, and even more so, were only partial successes. And no wonder: To be successful, InSight had to travel 301,223,981 miles, slow down from 12,300 mph to 5 mph while enduring a 2,700 degree frictional heat, self-analyze the flatter and the safest in the landing zone, deploy a parachute exactly at the right time, turn to the right position from the ground, press gently – then start sending detailed signals to the Earth.

It will take another three months for NASA scientists, using these same radio signals in space, to put in place the tools and research tools that will allow InSight to train below the surface of Mars to perform his experiments on the internal heat of Mars. "Swing" on its axis and other information that will help men to land and survive safely on missions on the red planet.

These long-distance experiments will last nearly two years on Earth. Other missions are on the way.

Nevertheless, I fear that too many of us do not appreciate the staggering complexity of these missions, nor the tremendous triumphs of those who have succeeded. This was not always the case. In 1996-1997, when the Sojourner small rover became the first ever human instrument to actually move on and through the Martian soil, I remember more and more of us being pierced, talking over lunch and dinner parties. work, even anthropomorphizing a human personality on it.

Similarly, or even more, when the Rovers spirit and opportunity started traveling in the Martian landscape in 2004 – then, almost miraculously, continued, month after month, then continuing years beyond the 90 days of useful "life" that we originally hoped for – we anchored them as they were courageous small engines that couldas they had their own wishes.

Although logic says it is silly to assign personalities to machines, it makes sense to transfer these feelings of admiration and fear to the humans who created them. If we lose this ability to appreciate the greatness of certain human realizations and the even greater greatness of this unfathomable and mysterious universe, we will lose an essential element of our humanity itself.

As the poet Alfred, Lord Tennyson, wrote, we are determined to "strive, seek, find, and not give in". This is what our NASA scientists and engineers do every day and they deserve our deepest gratitude.

Quin Hillyer (@QuinHillyer) is a contributor to Washington Examiner's Beltway Confidential blog. A former deputy editor of the Washington Examiner, he is the author of the trilogy "The Accidental Prophet" of recently published satirical literary novels.