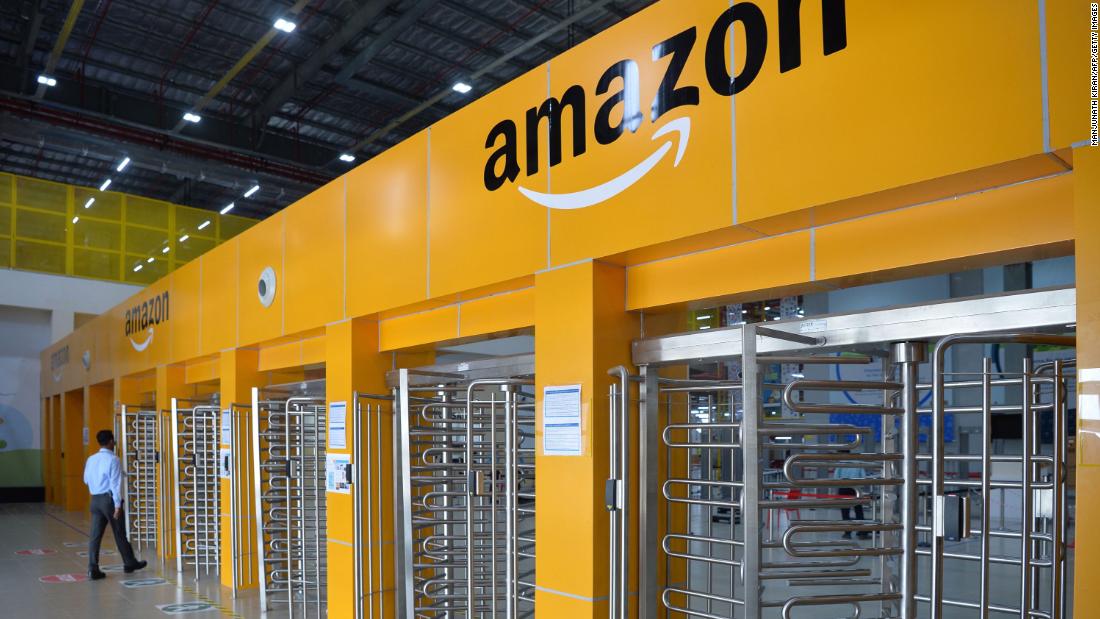 A court in the country’s capital, New Delhi, ruled on Tuesday that a deal by Reliance Industries to buy local rival Future Retail for $ 3.3 billion should be suspended after Amazon (AMZN) opposed it last year. The Delhi High Court said it was “convinced that immediate orders are needed to protect the rights of [Amazon]”and ordered all parties involved in the deal to” maintain the status quo “pending its final judgment.

“We have the utmost respect for the Indian legal system and appreciate the interim order of the … Delhi High Court,” an Amazon spokesperson told CNN Business.

Future Retail said in a statement that it will “explore all legal remedies and take appropriate action to pursue” its deal with Reliance. The company could challenge any judgment in a higher court.

The move is the latest development in what is shaping up to be a proxy battle between two of the world’s richest men for India’s growing online retail market. At stake is strategic access to a network of popular grocery and retail stores in India, which Amazon and Reliance by Jeff Bezos – owned by India’s richest man, Mukesh Ambani – want either to have for themselves or to prevent the other from acquiring. .
At the heart of the current battle is Future Retail, the cash cow of Indian conglomerate Future Group. The retail unit includes brands such as Big Bazaar, a popular supermarket chain. In August 2019, Amazon invested in a Future Group entity that gave it an approximate 4.8% stake in Future Retail as of September 30 of last year, according to securities filings. The deal gave Amazon the right of first refusal to acquire more shares in Future Retail, according to one of the filings.

Amazon argued that the 2019 agreement between it and the Future Group entity included a non-compete clause, a person familiar with Amazon’s point of view told CNN Business in October of last year. . The clause lists 30 restricted parties that Future Retail and Future Group cannot do business with, and Reliance was on that list, the person said.

Amazon has sought to enforce this agreement through the Singapore International Arbitration Center (SIAC), with the Southeast Asian country often seen as a neutral jurisdiction to resolve disputes. The SIAC emergency arbitrator ordered a temporary halt to the agreement last October.

As Future Group raised questions about the validity of the Singapore Arbitration Tribunal’s order in India, the Delhi High Court said on Tuesday that the order was “binding.”

Amazon and Walmart (WMT)Company-owned Flipkart dominates online shopping in India, controlling over 60% of the market between them. But Ambani and Reliance have made aggressive play for a slice of that market through JioMart, an initiative announced in 2019 to bring thousands of Indian mom and pop stores known as “kiranas” online.

Ambani definitely has the resources to match Amazon. Its technology subsidiary, Jio, has more than 400 million users and Reliance Retail has more than 12,000 stores across India.

According to analysts, the 1,500 stores of Future Retail are not essential for either company, but the legal fight could turn into a “battle of ego” between the two billionaires.

And while that’s currently Amazon’s advantage, this battle is far from over.