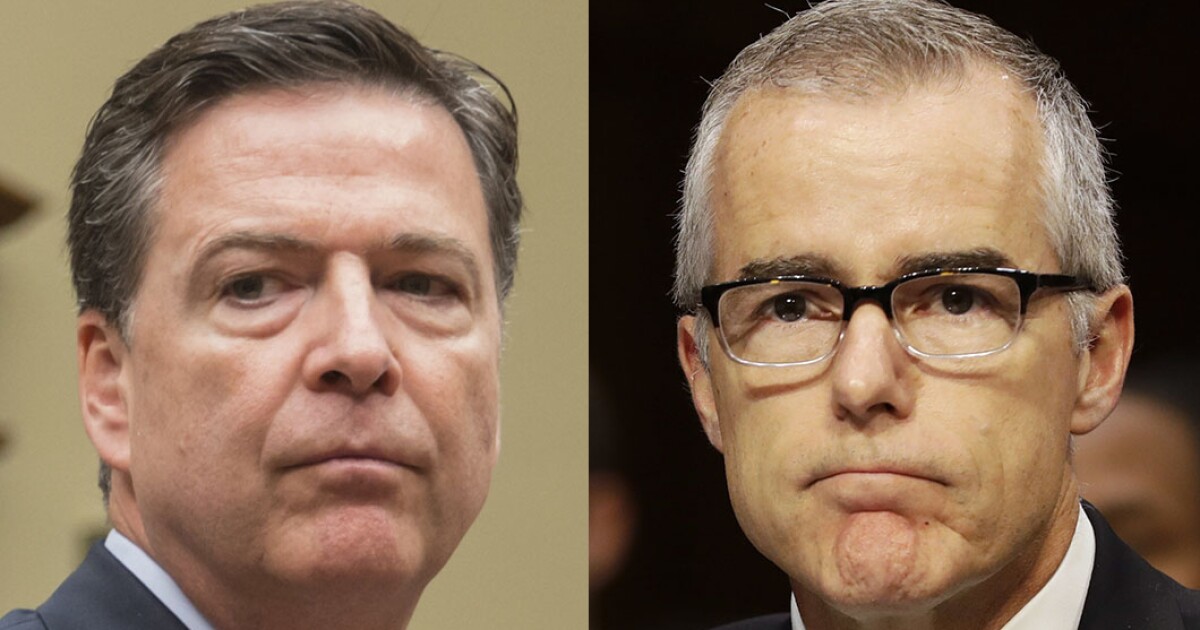 FOrmer's FBI deputy director Andrew McCabe made an astounding statement on Wednesday, adding a new dimension to the chronology of events that led to his removal from office.

In an interview with MSNBC, McCabe said that a letter that Trump originally intended to use to fire the FBI director, James Comey, criticized Comey for not dismissing his deputy.

"I have to be careful how I talk about this, but I saw the letter that the president allegedly wrote justifying the dismissal of Jim Comey," McCabe said.

He said in "more than four disjointed pages", that the letter explained a number of reasons why he dismissed Comey.

"Now, I will not go through all these questions with you, but I will tell you that one of them says that he wants to dismiss the FBI director because he does Did not manage to send me back, "McCabe said.

Trump never ended up using the letter. The New York Times reported last year that White House officials had urged him not to send him. Rather, he quoted a note written by Deputy Attorney General Rod Rosenstein, focusing on Hillary Clinton's e-mail inquiry, as justification for dismissing Comey in May 2017.

McCabe was fired from the FBI on March 16, 2018, less than two days before retiring at the age of 50 and receiving a full board, after the office of the Inspector General of the Department of Justice had determined that he had misled the investigators as to the role he had played. disclosing information to the Wall Street Journal in October 2016 about the Clinton Foundation investigation. In April, it was revealed that the Ministry of Justice, IG, had referred its findings to the US Attorney's Office in Washington for possible criminal charges, while McCabe was considering suing the government for his pension.

McCabe noted in his interview with MSNBC that Trump's letter of dismissal was written "long before".

"So, for the president to say today," Oh, we caught him and that 's the result of the GI investigation, "he said. is simply contradictory, "said McCabe.