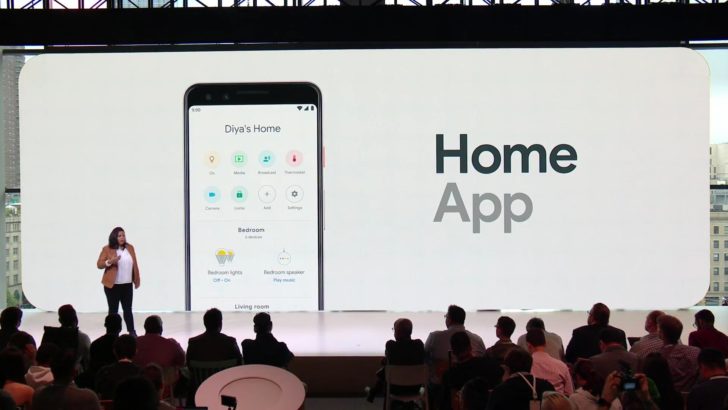 Originally, the Home app recalled the Chromecast software and became almost useless the minute you finished setting up your device. An update made in October made it much smarter, allowing it to actually control connected objects such as lights and candles. It was a significant improvement because it turned the application into a smart home control center, instead of a simple setup wizard.

With Assistant, you can seamlessly control lights and outlets from different manufacturers and integrate them into routines. The Home app then brought the same integration to our phones because it allowed us to exploit them with the aid of a single and consistent interface. For example, it was possible to change the brightness of an entire room using the software, even if each light bulb came from a different brand. I found it particularly useful because the lights in my living room are controlled by Coosa plugs and Hue bulbs, which previously required me to use two separate applications. However, it was not possible to use Google Home to adjust the lights on a different color. So I had to come back to Assistant or Philips Hue.

Google has finally solved this problem with the release of version 2.9. The new software allows you to access a "Color" menu as you navigate through your lights and lets you choose from 42 different hues. Although practical, I find it a bit primitive because it lacks a more complete and intuitive shade selector. In addition, although it allows you to change color, the application does not indicate the one on which the bulb is set, which is problematic when you want to change the tone of 39, an individual light. Nevertheless, the feature is finally available and hope that Google will refine these details in the near future.