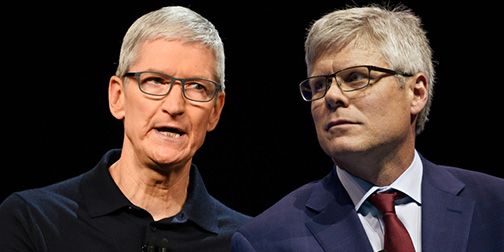 A meeting between Tim Cook and Steve Mollenkopf a year ago at the headquarters of Apple Inc. started with a moment of tension.

The conflicting leaders of two titans of the smartphone industry – Apple and Qualcomm Inc. – were present to discuss a long-standing patent dispute. Mollenkopf, who suspected Apple of supporting a hostile takeover of his company, initially did not speak, leaving his general counsel to start talking, according to people close to the meeting.

Vicarious Visions is working on a Diablo 2 remake