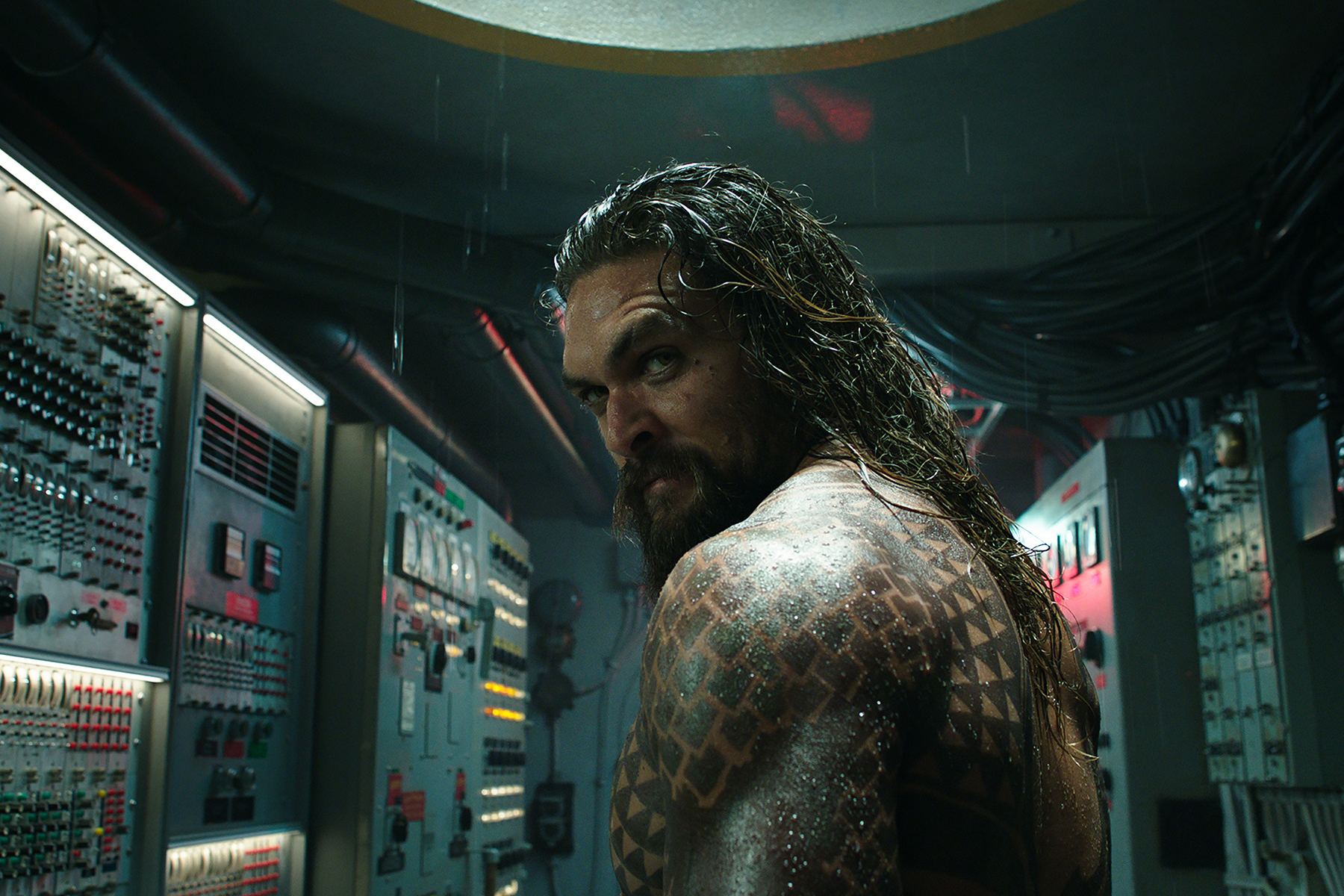 What year it was: Black Panther and BlacKkKlansman, First reformed and First man, Gotti well, Gotti. And now, we're ending 2018 in strength this month with a last whiff of prize contenders (Natalie Portman goes to pop, Christian Bale gets up, Steve Carell plays with dolls) and holiday studio tents-tents (Aquaman goes solo, Mary Poppins a comeback, Spider-Man embarks on quantum physics). Here's what you need to see in December.

Aquaman (December 21st)
The wettest member of the Justice League spends its time in the limelight, thanks to this underwater epic of Conspiracy The favorite director of the franchise, James Wan. Meet Arthur Curry, a boy who has a strange connection with fishing and who will age in the physical Game of thronesJason Momoa, half human and half superhuman, returns to his home in Atlantis to take the throne and his half-brother Orm (Patrick Wilson) has other projects. From fighting giant lava kraken to laser clashes, no blockbuster expense was spared.D Willem Dafoe (!) and Amber Heard cradle sweets Little Mermaid hair (!!!) costar.

Bird box (December 13)
You know what A silent place did for the meaning of human hearing? The new Danish director Susanne Bier, of post-apocalyptic horror, hopes to do the same, apparently, for the view. The world has been invaded by creatures that show us visions of our worst nightmares. Forced blindness is the only safe course of action. Sandra Bullock embodies the survivor who leads her family on this hostile terrain before joining a group of latecomers (a well-composed group consisting of Lil Rel Howery, Trevante Rhodes and John Malkovich) to prepare a counter-offensive aimed at reclaiming the planet. As in the case of the previous night, the voltage starts at 10 o'clock and stays there.

Cold War (December 21st)
The latest news from Polish filmmaker Pawel Pawlikowski (Ida) describes the romance between a volunteer singer (Joanna Julig) and a sensitive pianist (Tomasz Kot). While they flirt, fight and break up, the couple also crosses a Europe in transition, the specters of fascism and authoritarianism still looming. Shot in black and white in 88 minutes, this is the most effective (and incredibly crazy) way to get rid of this year's foreign film Oscar.

Mary Poppins is back (December 19th)
Even umbrella, same handbag … new face. Emily Blunt perpetuates the legacy of Julie Andrews, the world's most famous screen nanny, who is emerging from her retirement to enhance the lives of Michael and Jane, who are now grown-ups, (Ben Whishaw and Emily Mortimer). To fill Dick Van Dyke's sooty shoes, nothing less than Lin-Manuel Miranda who presents himself as a happy chimney sweeper with an untouchable tenor. And yes, it is Meryl Streep as a cousin of Poppins who calls himself Topsy. They will all hit a chimera chimera in this melodious awakening that is inspired by a rich nostalgia. It's a strictly BYOSOS case (Bring your own spoonful of sugar).

Mary, Queen of Scots (December 7th)
Room of cards The creator Beau Willimon maintains the political plot as a writer of this piece of the time, making it go across the Atlantic and back a few hundred years in the sixteenth century. century. In 1569, sisters Mary (Saoirse Ronan) and Elizabeth (Margot Robbie, barely recognizable under a book of prostheses) ruled respectively in Scotland and England. They did it harmoniously until jealousy and the machinations of intriguing courtiers were entangled. While director Josie Rourke brilliantly visualizes the war of the thinness of violence that has erupted, two accomplished actresses plunge their incisors into a pair of fleshy roles. Let no one say that Robbie makes any effort to expand his reach.

The mule (December 14)
That's how long 2018 has been: this crime thriller marks Clint Eastwood's second outing this calendar year alone. (That's right, The 15:17 in Paris Only 10 months ago.) The director / star plays Earl Stone, a veteran geriatric turned drug addict reluctant for a Mexican cartel. The story, strange but true, goes into high gear when an enthusiastic agent of the DEA – played by Clint American sniper Bradley Cooper, muse and compatriot actor turned author, embarks on the adventure. Add another hard-faced anti-hero to the Eastwood badasses, shitkickers and bad guys gallery.

Spider-Man: in the Spider-Verse (December 14)
It does not matter if you prefer webslinger on screen, Tobey Maguire, Andrew Garfield or Tom Holland; this animated entry cuts the continuity by presenting Miles Morales (the voice of Shameik Moore) as our new Spidey. A Kingpin (Liev Schreiber) stratagem to open a dimensional flaw adds Peter Parker (Jake Johnson), a parallel universe, to a handful of other spiders including a spider-man-nose gumshoe Black (Nic Cage And Spider-Ham (John Mulaney). The information on the street is that it's not only an incredible stance on your friendly neighborhood, you know-who, but it's one of the best superhero movies, live or on stage, from the last decade. Only one way to find out.

Vox Lux (December 7th)
In 1999, a young woman named Celeste (Raffey Cassidy) survives a traumatic episode and writes a hymn of mourning with her sister Eleanor (Stacy Martin). Both become a musical sensation overnight. Flash Forward until 2017, in which the grown-up singer (Natalie Portman) faces scandal as a star of trendy pop music, tied between Lady Gaga and Gena Rowlands. The director Brady Corbet connects a national commentary between these two halves, tacitly linking terrorism, mass culture and American hysteria to an ambition close to the Kubrickian. All this, and Portman gave a breathtaking performance with exuberant strength.

Vice (December 25th)
It was not long ago, Dick Cheney (Christian Bale), a rather unsavory man, seized an unprecedented executive power since the president's siege. This dark and comic biopic by Adam McKay (The big court) follows the politics of his childhood as a Republican debutant to his unobtrusive state coup under George W. Bush (Sam Rockwell). And every turn, his faithful wife Lynne (a stern Amy Adams), ready to offer a Machiavellian advice. With the angry attention currently being held by Trump, this hellish movie could serve as a useful reminder that the Americans were taken to take a tour well before 2016.