Ariana Grande back to Manchester to titrate Pride 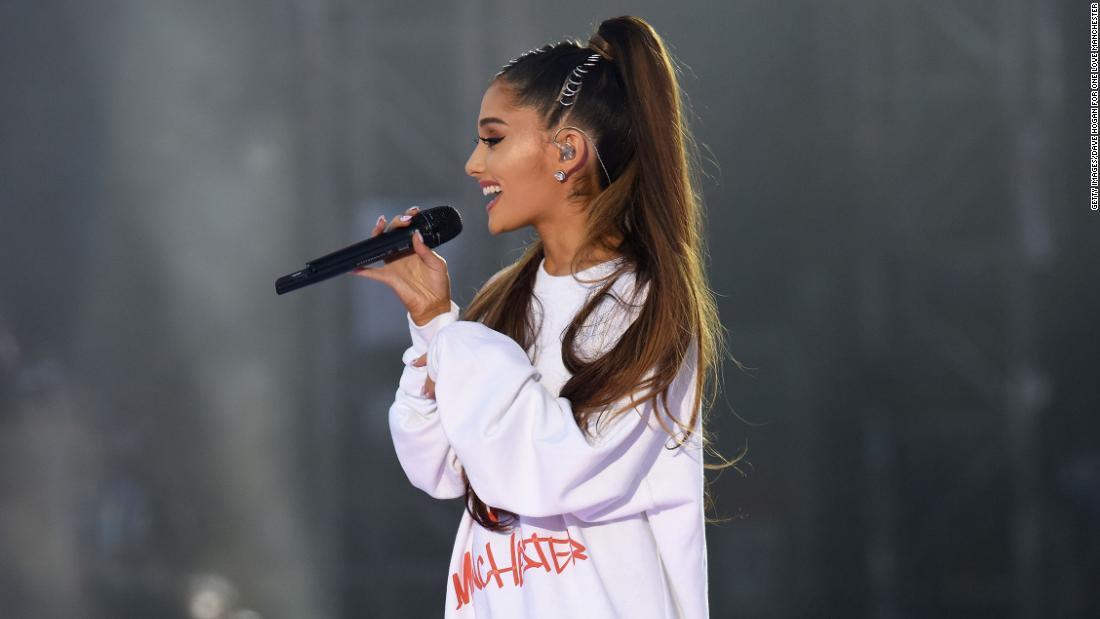 The last Great was produced in the British city in June 2017, while she was organizing the One Love Manchester benefit concert to raise funds for victims of the bombing.
Great will be leading the Manchester Pride Live lineup on Sunday, August 25 at the Mayfield Depot in the city. The two-day concert, part of the larger Manchester Pride Festival, will raise funds to "help Greater Manchester's LGBT + causes".

On Twitter, Grande said she was "thrilled" to be Pride's poster leader, adding, "I can not wait to see you and I love you so much."

The singer will also organize another event, not yet announced, in Manchester. Although her European tour does not currently include a date in Manchester, she told a fan of Twitter"We are still working on something a little more special for you guys."

Mark Fletcher, Manchester Pride's CEO, said in a statement: "At Manchester Pride Live, we are truly honored to welcome Ariana to the city to help us celebrate the lives of LGBT +."

On May 22, 2017, striker Salman Abedi blew up a bomb in front of the Manchester Arena, killing 22 people at the Grande concert. Among the victims were several children, including Saffie Rose Roussos, the youngest person killed in the attack, aged 8.
In an interview in British Vogue published in June 2018, Grande spoke of post-traumatic stress disorder that she experienced after the attack. She said, "I know these families and my fans, and all who live there have also experienced them." She added, "I feel I should not even talk about my own experience – as I should not even say anything."
In November 2018, she published a docus on YouTube, showing the singer writing a letter to her fans. "On May 22, 2017, I will remain speechless and filled with questions for the rest of my life," she wrote, calling the attack "shocking and heartbreaking in a way that seems impossible to completely recover ".