Arizona police officer dead, another injured after being hit by suspect in stolen vehicle 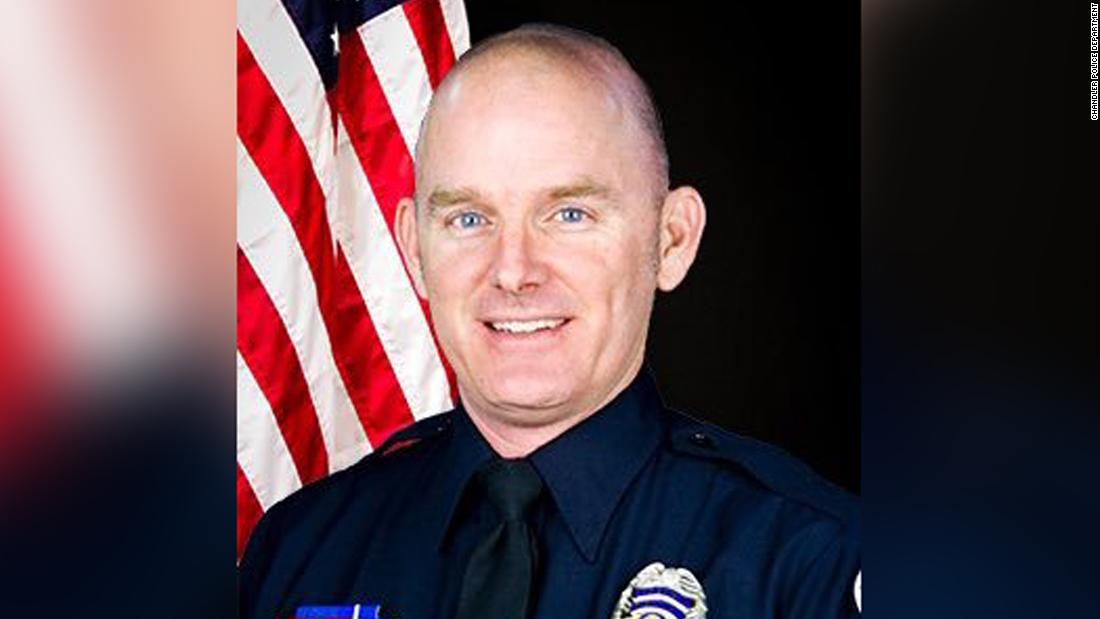 A Pinal County sheriff’s deputy was chasing a vehicle when the person inside began shooting the deputy at around 10 p.m. Thursday. had to be closed.

The suspect went from Chandler on the freeway and into the town of Gilbert, where he ended up at a car dealership and stole a vehicle, according to the Gilbert Police Department.

Gilbert police said Aranda, who had worked for the department since July 2018, was in critical condition and sustained head injuries. It said, in a tweet, that Aranda was stable “and showed signs of improvement”.
Altland was injured and taken into custody after seven police officers fired their guns at the suspect, Gilbert police said in a press release. Altland’s injuries are not life threatening and he faces charges of murder, aggravated assault and car theft.

“This is a very difficult time for our organization, our department and really the entire Chandler community,” said Duggan. “Just take a moment and remember and be aware of the brave men and women who are out there every day to help keep our community safe.”