Arnold Schwarzenegger compares the Capitol crowd to the Nazis 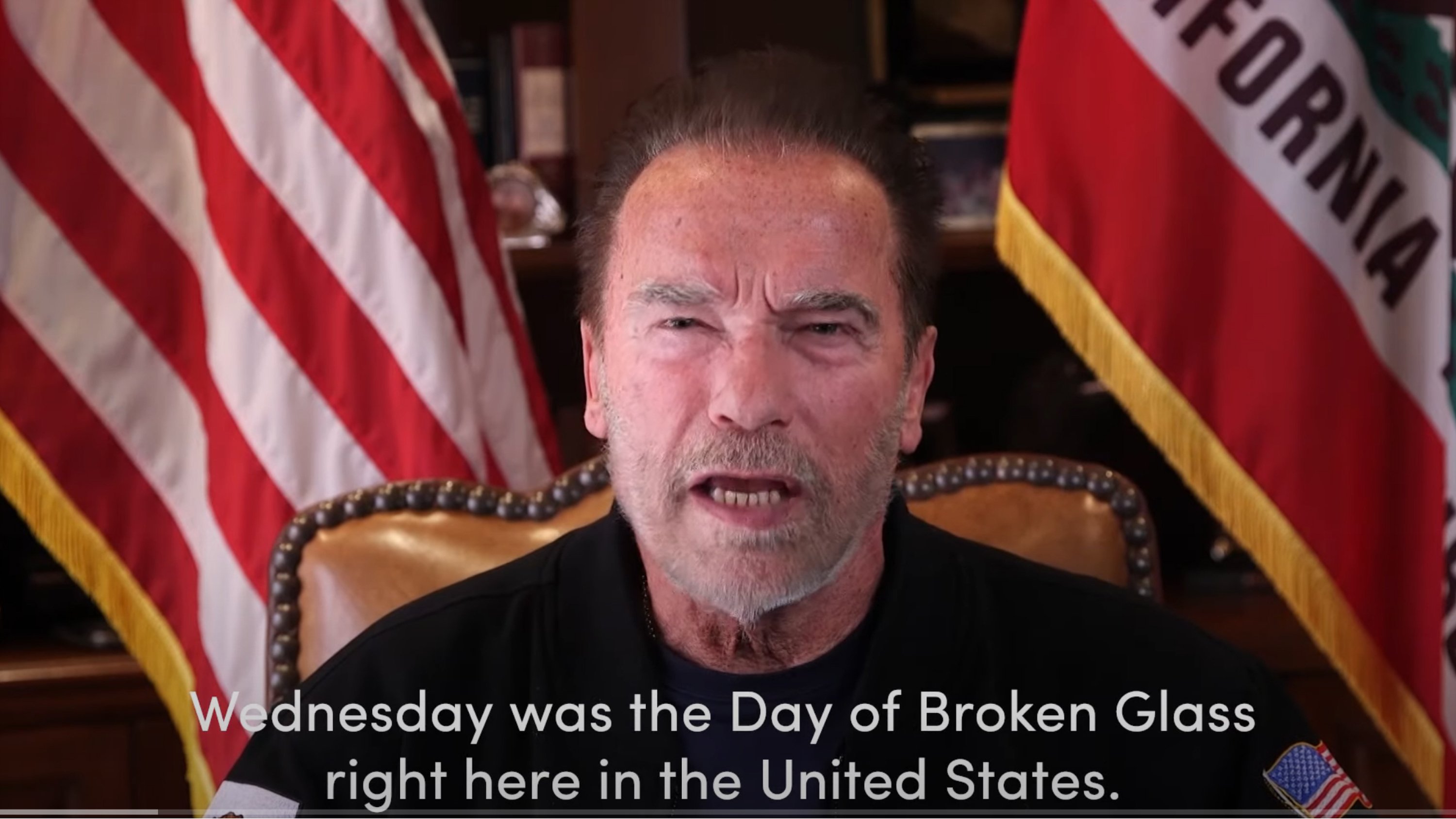 Former California Governor Arnold Schwarzenegger compared the mob that stormed the US Capitol to the Nazis and called President Donald Trump a failing leader who “will go down in history as the worst president ever. “.

The republican said in a video he posted on social media on Sunday “Wednesday was the night of the broken glass here in the United States.” In 1938, the Nazis in Germany and Austria vandalized Jewish homes, schools and businesses in an attack known as Kristallnacht or “the night of the shattered glass”.

“The broken glass was in the windows of the United States Capitol. But the crowd not only smashed the windows of the Capitol, they shattered ideas we took for granted, ”he said. “They have flouted the very principles on which our country was founded.”

Austria-born Schwarzenegger compared the Proud Boys – a far-right American extremist group – to the Nazis. Some Proud Boys leaders were arrested in the nation’s capital before and after Wednesday’s riots.

In his video, Schwarzenegger called Trump a failed leader and said he takes comfort in the end of Trump’s presidency. and “would soon be as irrelevant as an old tweet.”

He called for national unity and pledged his support for President-elect Joe Biden after crowds loyal to Trump stormed the U.S. Capitol, causing a temporary suspension of the electoral count. Members of Congress later returned and certified the results.

Five people died, including a Capitol policeman. Dozens of rioters have been arrested and many more are wanted after the brazen attack.

“And to those who think they can overturn the Constitution of the United States, know this: you will never win,” said Schwarzenegger.

During the video, which lasts more than seven and a half minutes, Schwarzenegger compared American democracy to the sword he wielded in his first role of “Conan the barbarian,” which he says only grows stronger when ‘she is temperate.

Schwarzenegger, best known for his film role as the Terminator, was elected governor of California in 2003 in a special recall election. He was then elected for a full term.

“I believe that as shaken as we are by the events of the last few days, we will come out stronger because we now understand what can be lost,” he said, adding that those behind the riots Wednesday – and those who fomented them – will take place. indebted.