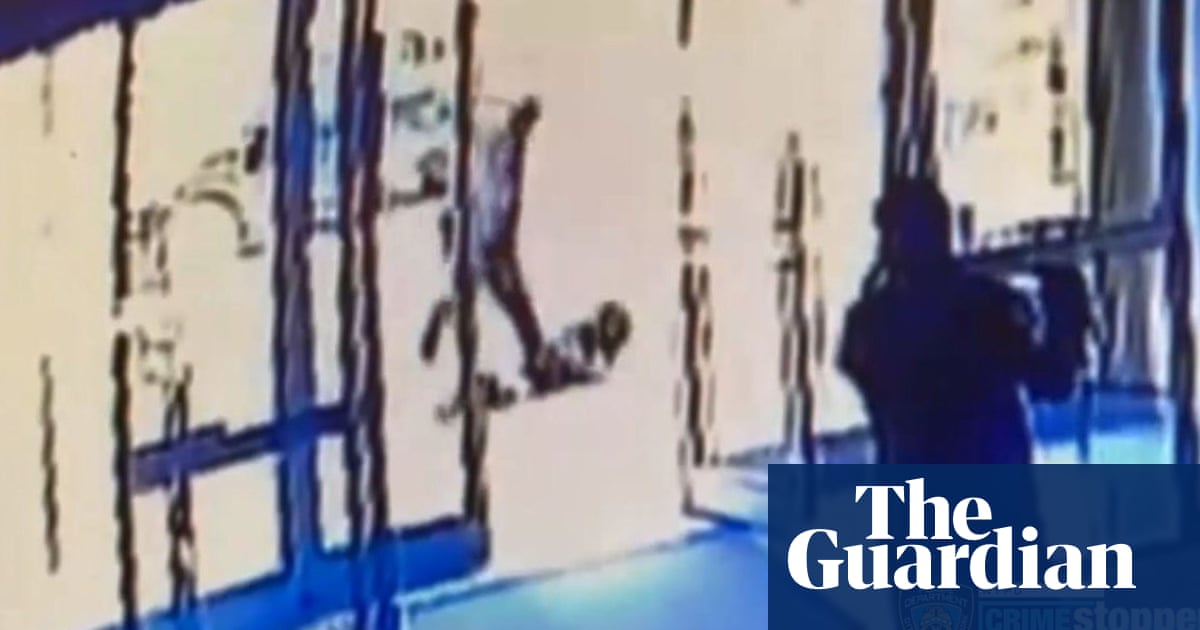 An Asian-American woman was assaulted in New York City by a man who repeatedly kicked her in front of witnesses who appeared to be standing, according to surveillance footage released by police.

The 65-year-old was walking through midtown Manhattan on Monday afternoon when a man approached her and kicked her in the stomach, throwing her to the ground, the NYPD said.

The man then stomped on the woman’s face several times while throwing anti-Asian sentiments at her, police said. He later casually walked away, according to the pictures.

The woman was hospitalized with serious injuries.

According to video footage, a man inside the lobby of a building apparently stopped what he was doing to watch the assault. Later, two other men wearing blazers entered the frame and one closed the door while the woman was on the floor.

Real estate developer and property manager, Bordsky Organization, wrote on Instagram that he was aware of the assault and that staff who witnessed it have been suspended pending an investigation.

The New York Police Department’s Hate Crimes Task Force is investigating the attack and has asked anyone with information to contact the department. The NYPD says there have been 33 hate crimes with an Asian victim so far this year, media reported.

According to a report by Stop AAPI Hate, more than 3,795 incidents were reported to the organization from March 19 of last year to February 28 of this year. The organization said that number was “only a fraction of the number of hate incidents that actually happen.”