Asians ditch WhatsApp for Signal and Telegram over privacy concerns HONG KONG / NEW DELHI / SINGAPORE – A theme has been trending on social media over the past week in Hong Kong, which is increasingly under Beijing’s watchful eye after a national security law was imposed in the territory last year.

“We went from ICQ to MSN, from MSN to WhatsApp. It’s not that hard to switch to another app!” The line refers to popular instant messaging tools that have come and gone over the past 20 years.

It’s an indication that city residents have joined social media users around the world to switch to other messaging platforms due to privacy concerns, after WhatsApp dismayed many users by rewriting its terms of use January 6.

Since then, WhatsApp rivals have seen a record number of downloads.

Signal, a private messaging app, saw 7.5 million downloads worldwide between Jan.6 and Jan.10 following approval from Tesla CEO Elon Musk and former contractor of the United States National Security Agency, Edward Snowden. This is a 43-fold increase from the previous week, according to Sensor Tower, an app analytics company. Another messaging app, Telegram, said it had garnered more than 25 million new users globally between January 10 and 12, helping it to surpass 500 million active users – up from 2 billion monthly active WhatsApp users in February of last year.

Despite assurances from WhatsApp that the company does not and cannot access private conversations because they are automatically end-to-end encrypted, it has failed to stop mass migration.

Signal and Telegram have overtaken Apple and Google’s app stores in several countries over the past week, including the United States, several European countries and Asian countries where WhatsApp is the dominant messenger.

“After seeing WhatsApp’s long list of personal data statements, I decided to change [to] Signal in order to protect my privacy, ”said Kwok Ka-wing, chairman of the Hong Kong Financial Industry Employees General Union, adding that he was wary of excessive scrutiny by big tech companies.

Kwok is among dozens of activists, academics and celebrities in Hong Kong who have called on people to ditch WhatsApp, which is used by nearly 80 percent of the city’s population. Awareness of privacy and data security increased in the financial hub following widespread anti-government protests in 2019, when protesters used anonymous messaging apps to avoid police surveillance.

“The migration to Signal reflects growing concerns about privacy and security in general and the loss of trust in WhatsApp and Facebook in particular,” said Lokman Tsui, assistant professor at the Chinese University of Hong Kong, specializing in privacy. and online communications.

“Facebook promised not to force WhatsApp to share data with them when they buy WhatsApp,” he said. “They broke that promise.”

Tsui added that Signal, a nonprofit app that only collects absolutely necessary metadata, made it stand out in an increasingly crowded app arena. Signal is backed by donations, including a $ 50 million loan from co-founder Brian Acton, who also helped create WhatsApp and has long championed data privacy. 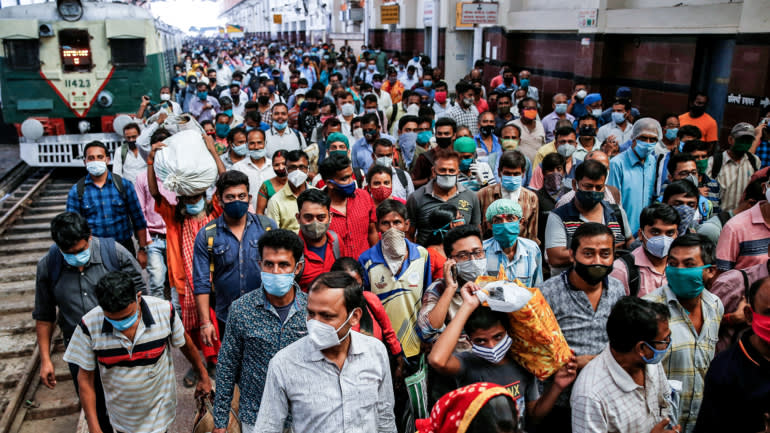 Some analysts believe that India, WhatsApp’s largest single market with a strong base of 400 million users, will not be significantly affected despite the exodus reported elsewhere. © Reuters

To bring more people to Signal, Fiona Wong, 26, a graphic designer in Hong Kong, contributed to a public database that makes WhatsApp stickers usable on Signal.

“I hope this will further inspire my friends and others to migrate,” she said. “Ultimately, the success of a messaging app only depends on whether the people around you are actively using it,” she said.

WhatsApp’s new privacy rules aim to make it easier to place ads on other platforms owned by Facebook. This allows Facebook to monetize the free messaging service it acquired for $ 19 billion in 2014. Users who refuse to agree to the new terms that begin on February 8 can only use limited features thereafter.

Hong Kong’s privacy watchdog has urged WhatsApp to delay the deadline and “provide practical alternatives” for those who do not agree to the new terms to continue using the service.

For now, Europe is the only region in the world where WhatsApp’s new privacy terms do not apply, as strict European Union privacy laws allow authorities to impose fines of up to 4% of global annual revenue to companies if they violate regulations.

Yet in India, WhatsApp’s largest single market with a strong base of 400 million users, some analysts believe it will not be significantly affected despite the outflow reported elsewhere.

“There will always be the type of strata of people who are most mobile upwards, the most sensitive to the protection of privacy who will move [to other apps], obviously, but we’re not talking about two million users here, ”Sanchit Vir Gogia, chief analyst, founder and CEO of Greyhound Research, told Nikkei Asia.

“Even those two million, by the way, don’t completely leave WhatsApp and go to, say, Signal or Telegram. They add to it,” he said.

“WhatsApp has engaged in India in a very important way and has basically established the ecosystem of content players, commerce players around it, which allows it to thrive in the country,” Gogia said. “From this perspective alone, neither Signal nor Telegram have made any visible commitment to the country.” Digital messaging users in Singapore have increasingly embraced platforms competing with WhatsApp, such as Telegram, even before WhatsApp announced its updated terms of service. (Photo by Akira Kodaka)

Indeed, WhatsApp is commonly used by businesses in Asia to communicate with customers, many of them having chatbots tailored to the application. The company launched WhatsApp Business in early 2018 and entered the payments business in its two largest markets, India and Brazil.

Neha Bhatnagar, 40, a business communications professional in the Indian capital, said people in her contact list started downloading Signal and Telegram in recent days while remaining active on WhatsApp.

“I myself joined Signal on Monday just to see how many people I know are there now and found that about 100 out of the 1,050+ contacts in my phone had added Signal. But all of my personal and official groups are still on WhatsApp and I intend to continue using the app, ”she said, adding,“ Why should I switch? Your phone and laptop data is already compromised [or] leak whatever app you are using. There is nothing called “privacy”. “

Gogia, however, said privacy is a very personal concept. “What may be very private for you may not be private for me.” He also noted that privacy sensitivity in India is lower than in other Asian countries.

Digital messaging users in Singapore have also increasingly adopted competing platforms for WhatsApp, such as Telegram, even before WhatsApp announced its updated terms of service. But WhatsApp is still widely used. In a report published in February last year, data analytics platform DataReportal noted that 81% of internet users aged 16 to 64 in a survey said they used WhatsApp.

“I think the dominant attitudes that make WhatsApp sticky in Singapore are in the strength of WhatsApp’s branding, ease of use and simplicity,” he said. “In the West, privacy and the protection of personal data are the main concerns. People are actively looking for tools and solutions that prioritize these aspects.”

There are, however, those in the city-state looking to quit WhatsApp.

Justin Kan, 37, a financial advisor, downloaded Telegram and Signal to supplement his use of the Facebook-owned messaging platform. But Kan admits he hasn’t been able to give up WhatsApp entirely as most of his contacts are still using the platform, with less than 30 contacts on Signal.

“I still have to use WhatsApp,” Kan said. “But lately I’ve been seeing more and more people joining Signal and Telegram, which is encouraging. It means that a lot of people are also starting to see the impact that apps like WhatsApp are having on our privacy.”

Likewise, Wong in Hong Kong admits that she cannot quit all Facebook-owned platforms overnight despite privacy concerns, given the lack of good alternatives.

“But if WhatsApp’s migration can be sustained, it will make more privacy-conscious businesses compete with Facebook and Instagram and give users more options,” she said.