Assessment of the Democratic Primary Field of 2020 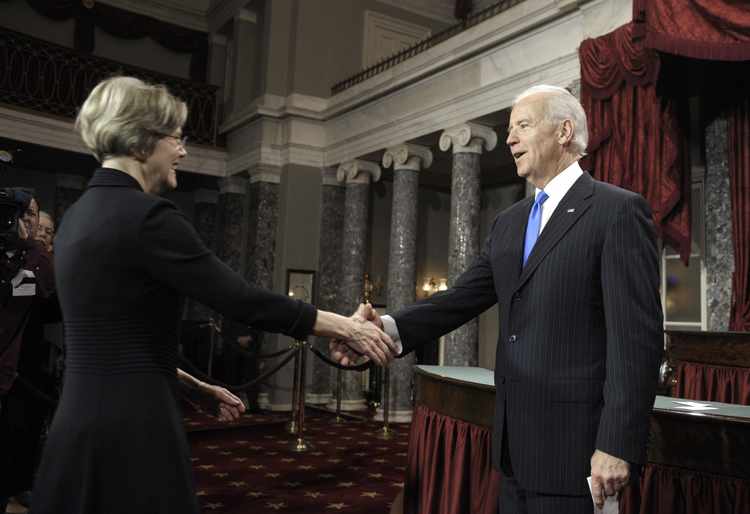 Evaluating the Democratic presidential primary at this stage is an almost impossible task. With about fifteen serious candidates having declared or formed an exploratory committee and another handful seriously considering joining the race, the list is changing. As at the Republican primary in 2016, small changes in the voting position of candidates can result in a significant shift in their position relative to each other, which encourages candidates to come to stay in the ranks. So, rather than prioritize the power of candidates – how do you really decide how to rank John Hickenlooper against Jay Inslee? – I will examine them through the optics "buy" or "sell", based on the average of the RCP survey.

Joe Biden (29.2%): Sell. Until about a week ago, I was a big seller on Biden. It just seems hard to believe that a Democratic Party identifying more and more with a young, non-white woman is going to appoint a white man in his seventies. If he had to name such a man, he should almost certainly be blameless on #MeToo issues and racial insensitivities, and that's not Biden. He has already run twice as President, having not won any primary school, and has not faced a truly competitive race since being nominated to the 1972 Senate.

But Biden has chosen to apologize briefly for his "very clever" behavior before to move on, while apparently positioning itself as the candidate of moderate and moderately liberal traditional democrats. Antagonizing the party's progressive base is a risky strategy, but in a split field with multiple progressive candidates, it is probably the best strategy to win. I still think he's a bit high in the polls, but this smart move by a cunning politician paused me.

Bernie Sanders (21.4%): buy. Forced to choose a favorite, I would probably go with Sanders. It may seem odd, after being ridiculed for being white, too old and male, but I do not think his winning strategy is based on the victory of the majority of Democrats. Instead, the strategy for Sanders is focused on keeping his base of about 20% of the party in a split group, which seems more feasible for Sanders than for Biden.

This could be played in two ways. The first scenario involves his victory in Iowa and New Hampshire, a point at which his momentum becomes very difficult to stop. It is currently within two percentage points of first place in both states. The second implies that it clings to these 20% in an exploded field. Because delegates are rewarded proportionately, but only after a candidate has reached a 15% threshold in one state, Sanders could bring delegates into each primary, while his opponents would miss out on several states. This can be quickly translated by a delegate manager, especially if the field remains split.

In conclusion, if Sanders participates in a disputed agreement as a chief delegate to plurality, the party will have great difficulty in denying him the nomination. He can not resist a gradual uprising during the general election, and many of his supporters are already convinced that the 2016 bid was stolen.

Kamala Harris (9.7%): Here. Harris had a good rollout, but part of me wonders if she is not the Marco Rubio of 2020. Despite a somewhat skinny resume, she's pretty strong on paper, has a plausible path to go from there. before (win California and sweep the heavy South American states), is popular with the various wings of the party and has amassed enough money to hold the distance. But let's not forget that she almost lost a race of attorneys general in California, albeit during a very good Republican year. Combine this with the possibility that several African-American candidates divide the vote south and its current positioning seems about right. It has great potential, but the risk of loss is real.

Beto O'Rourke (8.9%): Buy. Three congressional mandates and a failed Senate candidacy are not the usual qualifications of a presidential candidate, but these are not usual moments, and "reality TV / reality show host" and "senator at first." mandate "were not typical resume lines in 2016 and 2008 either. More importantly, as one of my friends said, O 'Rourke has "that". I'm not quite sure of that, but it's the thing that allows you to get up on the counter and make speeches without appearing Hokey. This Democrat group has some big hitters, at least on paper, but most of the candidates who adopt it lack "that". O'Rourke will have a lot of money, and he is exactly the type of candidate who can ignite in Iowa.

Elizabeth Warren (5.7%): Sell. Like Biden, I think his positioning is largely related to name recognition. Her problem is that she does not do anything, but that someone else is not doing better. Do you want someone outsider-y? O'Rourke is a better candidate. Do you want the skill? You should probably turn to Amy Klobuchar or maybe Biden. Do you want a candidate? Harris seems better placed. Do you want a progressive? Why choose Warren when Sanders is ready to shout that the wheels of the capitalist machine are oiled with the blood of the working class?

His strategy is probably to wait, hoping that the best-known candidates will beat each other, knock out someone and open a path for him. At this point, she could be great. It's also easy to catch fire in the debate. But the same could be said of many candidates at 1%. She is optimistic, but for now, I do not consider it a mere penny stock.

Cory Booker (3.6%): Sell. Booker proved himself as an innovative thinker who challenged party orthodoxy. But that's not how it runs, at least for the moment. instead, he seems to believe that "the progressive war horse" is his ticket for the nomination. Like Warren, he does not have much to do, but someone else does not do better. Unlike Warren, I'm not sure he's the type to get into a debate or fill a void if one of the leading players stumbles.

Pete Buttigieg (2.6 percent): Hold. The mayor of Indiana's fourth-largest city, 37, also does not have the traditional resume of a presidential race, but again, we live in an unconventional era. Buttigieg is smart, media savvy and is a perfect fit for high-end, educated Democrats. At the same time, we need to see how it will behave once the glow of a competitive bid really starts to shine on it, and we will have to see if it can expand its support. For the moment, he seems to be pretty much right – somewhere above the middle of the pack but not at the top of the rankings.

Amy Klobuchar (1.7%): Buy. If Biden's bid fails, settlement support must go somewhere and Klobuchar appears to be a likely recipient. On paper, she is an almost perfect candidate: liberal but not extraordinarily, Midwestern woman with a sober disposition. The assertions that she has been tough on her staff are probably beneficial to her, provided that the most outrageous claims about her are not confirmed. His main problem is that it is quite boring in a year when Democratic voters would probably like to fall in love, but again, his path follows the path of settlement quite clearly. If you buy this first day of Biden as a declared candidate will probably be his best day, then Klobuchar has a ton of potential.

Andrew Yang (1 percent): buy. Yang also has a non-traditional resume, but he is smart and has a problem (universal basic income) that people can easily understand and present well. He is in the debate now, and should play well there. Although it is clearly not in the top category, it has more potential than the remaining 1%.

Stacey Abrams (not stated): buy. Like O'Rourke, Abrams has "that" and a large part of the Democratic base considers it a martyrdom for a rapidly growing issue within the party: the suppression of votes. She has not yet declared, and is perhaps more likely to not stay out. But if it does, the Democratic base could easily fall in love with it. There is a pure upside potential here.

Julian Castro, Kirsten Gillibrand, John Hickenlooper, Jay Inslee, Michael Bennett and some other Congressmen and candidates you may never have heard of (less than 1%): Buy. You can make submissions to each of these candidates, especially if others stumble in their respective lanes. Receiving less than 1% of the vote is not particularly encouraging, but one should not change drastically to place one of them in third place. These candidates are penny stocks, but in a field as volatile as this, the opportunity for strong growth exists.