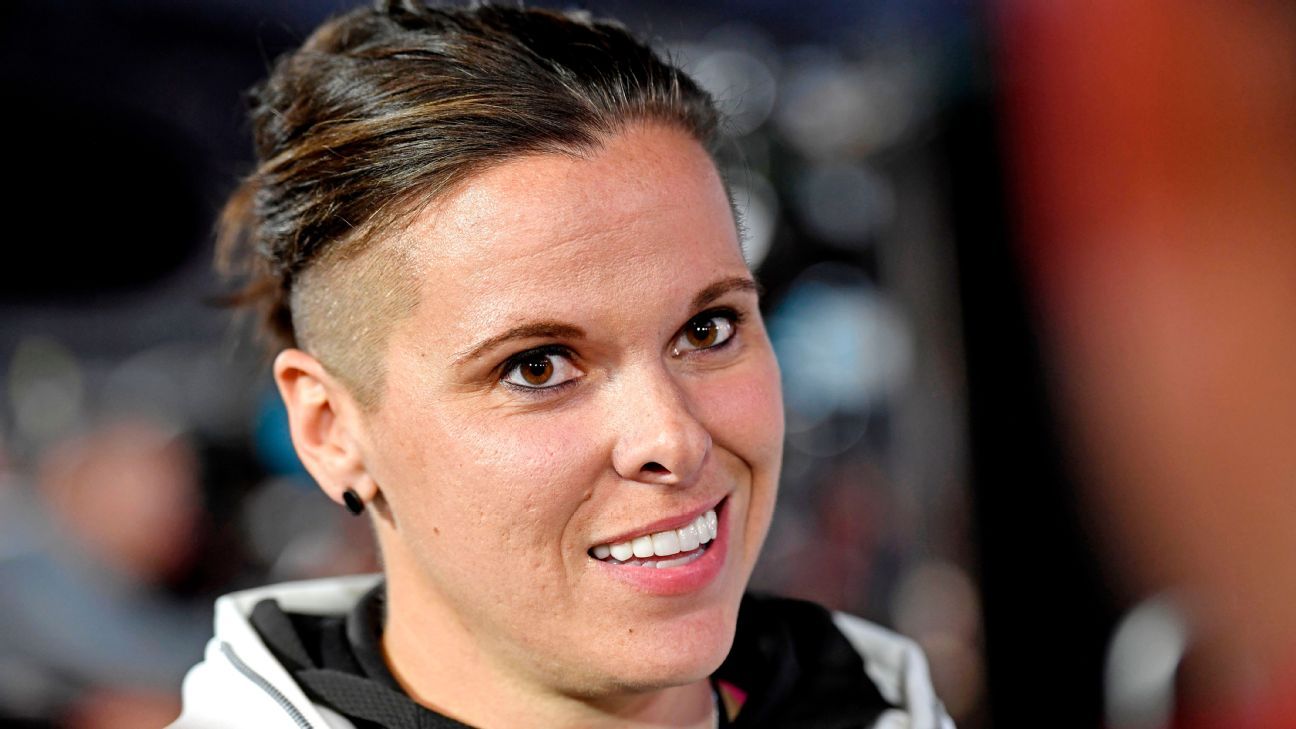 SANTA CLARA, Calif .– Katie Sowers, one of the NFL’s first full-time assistants and its first openly gay coach, will not return to the San Francisco 49ers next season, a league source confirmed Thursday.

After four years with the team, Sowers and the Niners are going their separate ways as his contract expires, the source told ESPN. The Bay Area News Group first announced Sowers’ departure.

Sowers spent her time with the team as an offensive assistant, working primarily alongside wide receivers coach Wes Welker with this group of positions.

In an Instagram photo posted earlier this week, Sowers captioned a photo of herself with: “I don’t know what 2021 has in store for us … but I promise you it won’t be boring.”

After spending the 2016 season as an intern with the Atlanta Falcons, Sowers joined the 49ers as part of their 2017 Bill Walsh NFL Coaching Diversity Scholarship. Upon completion of this program, the team retained her as seasonal offensive assistant.

For the past three seasons, Sowers, 34, has served as an offensive assistant, making her the franchise’s first full-time coach and second full-time assistant coach in league history.

While her role with the Niners made her primarily work with receivers, she was also involved in set-up with all the offensive players.

In February, Sowers became the first female NFL staff member to coach in a Super Bowl.

“Being the first woman in the Super Bowl is surreal,” Sowers said at the time. “It really is. But what I want to keep saying is that even though I’m the first, the most important thing is that I’m not the last and that we keep developing it.”