At the opening night, Tottenham tests the seats, the grass and the roar of the stadium. 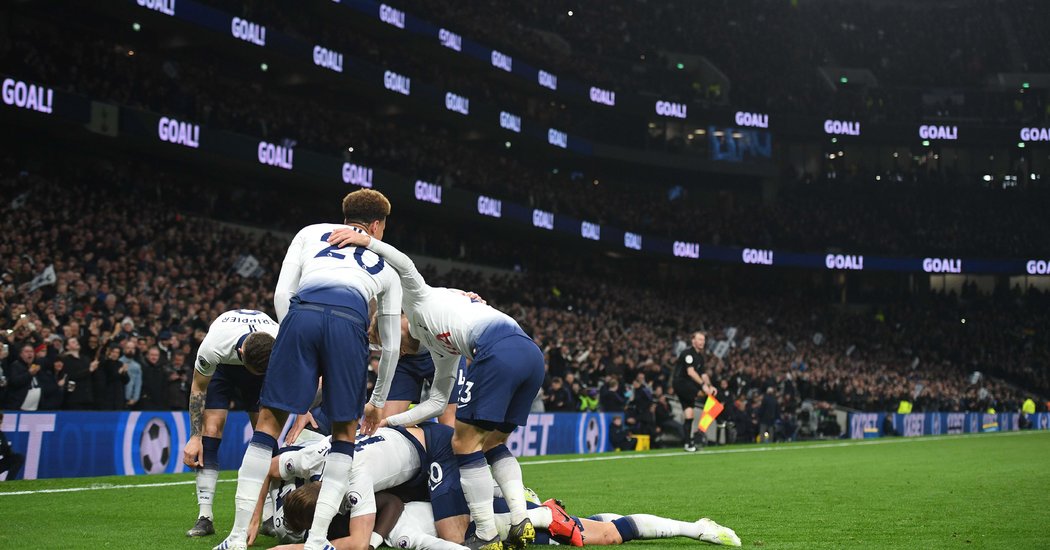 LONDON – As soon as they left the subway at the Seven Sisters stop, the Victoria Line dropping hundreds of fans every minute they were on autopilot. Descend through the train station, turn left at the top of the escalators, exit in the early evening light and head north.

Supporters of Tottenham Hotspur have not traveled this road for 689 days, but they know the road by heart: after Tottenham Green, down the hill, on High Road. There, the street was again closed to traffic the day of the match. They lingered a bit, taking pictures of the emerging space age structure. above them, amazed by the speed and magnitude of the change. Now, everything would be different. And yet, the setting was so familiar that everything was the same. Tottenham Hotspur was back at home.

This is how the club sees the billion-dollar stadium it inaugurated with a 2-0 win against Crystal Palace on Wednesday night: not so much a move as a return; new and bright and modern, but somehow in keeping with tradition, a fusion of the future and the past.

"We are at home," said the club's announcer before the start of a brief opening ceremony. There was a genuine emotion in his voice. Thousands of flags, bearing the slogan "Welcome Home", floated in the stands.

It is not so simple, of course. Thousands of spectators on the path of the Seven Sisters have been waiting for this moment since the long exile of their club at Wembley: the day they return to a familiar territory, where they could return in the footsteps of more than a century, when they would be back where they belong.

They started arriving early, filling the streets and then the stands a few hours before the kickoff, not only taking advantage of the opportunity, but also taking their marks. They had to determine how long the security lines would take. They wanted to taste the bars, find their places, admire the view, try the acoustics. The reference of the grid and the postal code could be the same, but the mechanics of a match day would not necessarily be. A house does not become a house overnight.

That this stadium – named for the moment after the club – is beautiful is not in question. As part of the design process, Tottenham President Daniel Levy and Chris Lee of Populous, the stadium's architects, visited hundreds of stadiums around the world: not only those hosting football teams, but also arenas that host other sports.

They tried to incorporate elements of those who had impressed them in the new Tottenham facility: the centerpiece of the stadium, the vast bank of its south stand, owes its inspiration not only to the traditional Kop stands in England, but in recent years – the yellow wall of Borussia Dortmund, widely regarded as the most intimidating platform in Europe.

For an inexperienced eye, however, there were many other references: the curved lines of the stands evoke the Stade Vélodrome of Olympique de Marseille, redesigned for the 2016 European Championship and Estadio da Luz de Benfica; the feeling of proximity to the field, of supporters dominating the players, is something familiar for all those who went to La Bombonera, where Boca Juniors plays; There is also an echo in the layout of the Allianz Arena, home of Bayern Munich.

These stadiums are all very different, but they are united by the reputation they enjoy for deafening and deafening atmospheres, the holy grail of any modern arena. Something in their design – deliberate or by chance – captures and traps noise. He falls on the ground and swirls in the air. This enhances the experience not only for the fans present, but also for those who watch, live vicariously, at home.

Levy and Lee wanted Tottenham to claim the best stadium in the world, a place where fans wanted to spend time – and therefore money – before and after the whistle. They took care to give the place a glow of luxury, ensuring that everything from toilets to food was above all that a visitor could find elsewhere.

But they also knew that what makes the quality of a stadium is not only the quality of its finishes, but also the feeling it generates; they wanted to infuse him a bit of the magic of Dortmund, Munich and Marseille, designing not only something breathtaking, but also a place where fans will squirm their lungs.

Although design is part of it – as anyone who has already been to the many soulless bowls on the outskirts of the English market towns – will testify – it can not be created from scratch. The atmosphere can not be reduced to an equation: this number of fans multiplied by this gradient thus divided by this distance to the field.

It's something organic, something that develops over months and years, a composite of the character of the crowds and the experiences they've experienced, memories that they share, the nature and expectations of the team. It does not seem to come out of the ether.

The Spurs have done everything to help this process. At the end of the opening ceremony, the teams on the field – and the Crystal Palace players seem completely disconcerted by the whole farrago – the camera was focused on Harry Kane, captain and Totem Totem. He was watching the bleachers, sporting the stoic but proud stare of a father watching the exit of a child. Well, he could: he waited long enough to see this day and he had good reason to be satisfied with the result. The place is all that the Spurs were hoping for and promising.

This is not, however, all that it will be, not yet. This would never be the case, not during the opening night. The Spurs are back where they have always been, at the end of this long and familiar walk, abandoned from Seven Sisters and north on the High Road. The setting is the same. The backdrop is comforting. But the building is different. still, for the moment, a house, not yet a house.