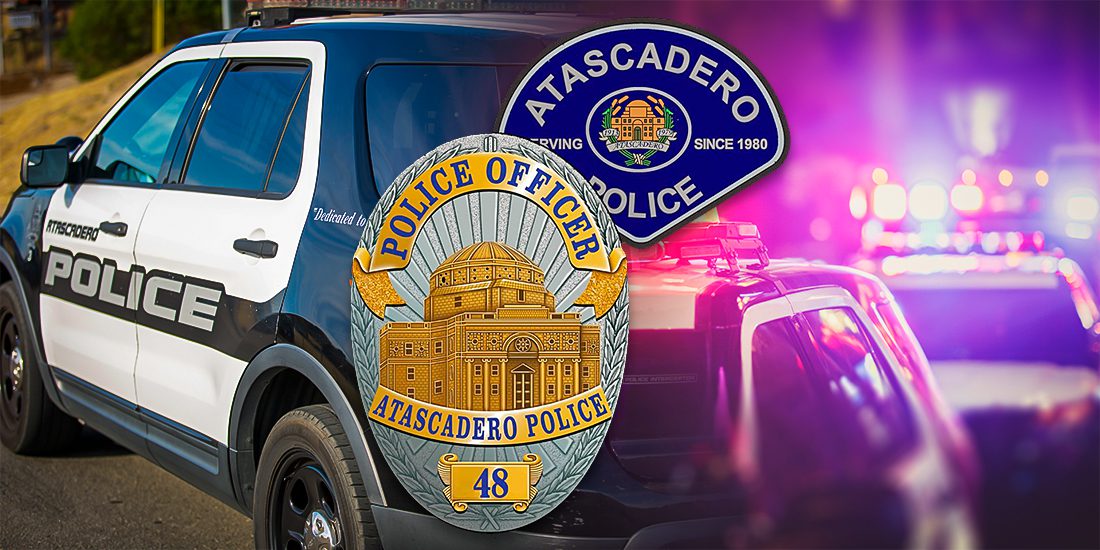 ATASCADERO – On the night of September 25, the Atascadero Police Department (APD) responded to a report that a young victim had her backpack and personal belongings stolen at gunpoint in the Morro Road and Curbaril Avenue area. The suspect’s description was provided to officers but no suspects could be located after a search of the area.

At approximately 8:56 a.m. on September 26, the DPA responded to a report of a subject being stolen at gunpoint in Block 10200 El Camino Real. Officers arrived at the scene and saw the described suspect flee on foot, over a fence, to an adjacent apartment complex.

Officers established a perimeter and enlisted the help of the California Highway Patrol and the San Luis Obispo County Sheriff’s Office. Meanwhile, a second victim said he was robbed at gunpoint just before the first victim. Both victims described corresponding descriptions of suspects. These descriptions also matched the suspect’s description of the theft of the minor on the night of the 25th. Officers searched the apartment complex which yielded negative results for the pending suspect. Information was obtained for further follow-up investigation.

During the incident, neighboring residences received an on-site warning to ensure the safety of residents.

Go through this together, Atascadero