Average age of Californians dying from COVID-19 is getting younger 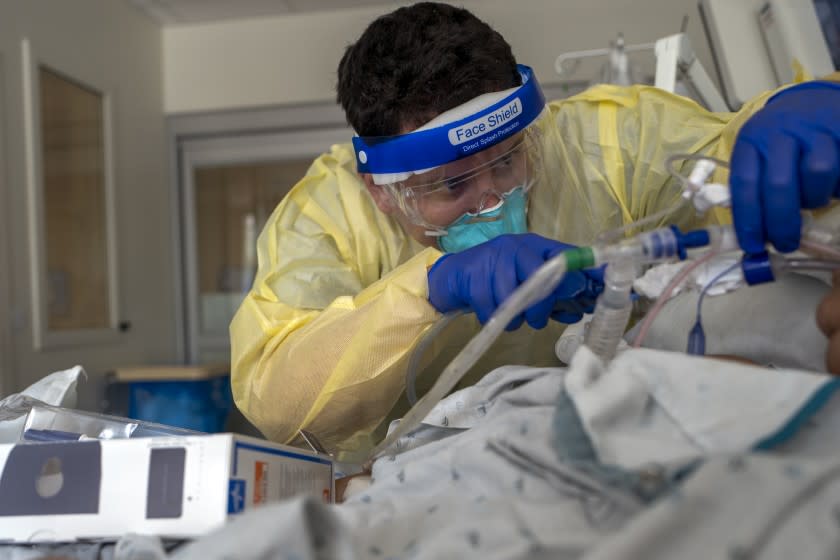 The average age of Californians dying from COVID-19 is getting younger, which officials say is another example of the state’s vaccination gap.

State health officials have said the decrease in the average age of people who have died from COVID-19 is likely linked to lower vaccination rates among young adults.

While 86% of Californians aged 50 to 64 received at least one dose of the vaccine, as did 81% of elderly Californians, only 76% of young adults received such an injection and 63% of adolescents and adolescents aged 12 to 17 years old.

The gender gap in deaths from COVID-19 is also widening.

Men are less likely to get the vaccine. They received only 47.6% of all vaccines administered in the state, despite making up 49.7% of California’s population aged 12 and older.

Data from Los Angeles County shows how the risk of dying from COVID-19 has increased in recent weeks among adults of all age groups who are not vaccinated.

In the first weeks of summer in unvaccinated LA County adults aged 49 and under, the death rate was close to zero, but more recently two have died per 100,000 people in this group on a daily basis. weekly.

Among 100,000 unvaccinated LA County residents aged 50 and over, the death rate fell from five deaths per week in mid-July to 18 in August.

Overall, California has reported sharp declines in cases and hospitalizations. There has been a summer surge, fueled largely by the Delta variant, but the curve has started to flatten in many parts of the state, which now has the lowest coronavirus case rate in the country.

California also has higher vaccination rates than some states hit hard by the summer wave. Authorities say unvaccinated Californians continue to be infected at higher rates than their vaccinated counterparts

Authorities announced a plan of action for the COVID-19 vaccine hours before the director of the United States Centers for Disease Control and Prevention, Dr. Rochelle Walensky, announced only a third dose of Pfizer-BioNTech should be administered to persons 65 years of age and over, residents in long-term care. and those aged 50 to 64 with underlying health conditions at least six months after receiving their first set of vaccinations.

The CDC has also said that young adults with underlying health conditions may receive a booster, as well as adults between the ages of 18 and 64 who are at increased risk of exposure to the coronavirus due to their work or institutional environment. .

The CDC’s recommendations apply only to people who have received the Pfizer vaccine.

“We will approach, with the same sense of urgency, the recommendations for Moderna and J&J vaccines as soon as this data becomes available,” Walensky said in a statement.

While more recommendations from state officials are needed before a third dose of the vaccine is widely distributed to people in these categories, officials say they are now preparing to ensure they are ready.

“We are working hard to make sure that not only are we ready to provide it, but that those who are eligible know they are eligible and know when the time is right,” the California Secretary of Health and Human Services said. , Dr. Mark Ghaly. Report.